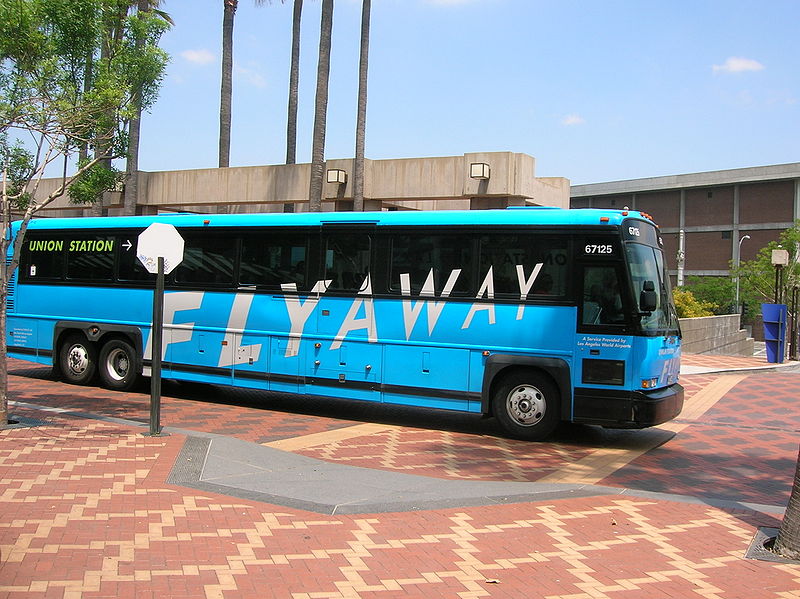 Traveling between LAX and Santa Monica without a car is about to get a whole lot easier. LAX officials announced last week that starting July 15, the FlyAway bus will begin shuttling passengers directly between the Santa Monica Civic Center and the airport.

According to a press release issued by Los Angeles World Airports (LAWA), the L.A. City agency that governs the airport, passengers traveling to and from Santa Monica will be able to hop a FlyAway bus at Pico Boulevard and Main Street – about half a mile south of the city’s Downtown – for $8 a trip.

The new Santa Monica service is part of a larger expansion of FlyAway service approved by the L.A. Board of Airport Commissioners last week. Also included in the recent vote were plans to expand FlyAway service to Hollywood. According to the press release, the Hollywood service could begin in mid-September.

The expansion will help LAWA hold up its end of a bargain from a 2005 court settlement that requires LAWA to operate nine FlyAway bus routes by 2015.

As with the FlyAway buses that currently run out of Westwood, Van Nuys, the La Brea Expo Line station, and Union Station, the Santa Monica and Hollywood buses will connect passengers directly to and from their terminals.

Since FlyAway is currently the region’s only public mass transit service that connects directly to LAX, Santa Monica officials expect it will do quite well.

Sam Morrisey, the City’s traffic engineer, told The Lookout in February that about 97 percent of international tourists arriving in Santa Monica do so without renting a car.

By providing a direct connection to LAX, the FlyAway bus, he said, would improve the transportation options available to travelers wishing to avoid the hassle and expense of driving.

From The Lookout: “A recent survey by LAWA showed that almost 2.4 percent of travelers passing through LAX daily started their trip in the bayside city, compared to 2 percent coming from Hollywood and 1.76 percent from West L.A.”

LAWA officials estimated that about 125,000 passengers will ride the Santa Monica FlyAway in the first year. While expansion of the FlyAway network gives travelers a solid car-free option for getting to LAX, getting there by other modes of public transit can be difficult.

Currently, passengers traveling to and from LAX and Santa Monica on public transportation can count on the trip taking at least an hour. The Big Blue Bus Line 3 gets passengers within 1.5 miles of the airport where they must transfer to a special shuttle, which services the airport terminals.

While Los Angeles is currently considering plans to connect LAX to the region’s burgeoning light rail system, it will be years before any such plans can be realized. Let’s Go L.A. has a good rundown on just how complicated the issue is.

The Los Angeles Times also discusses the current situation: “New FlyAway options come as L.A. grapples with bringing a rail option to LAX. An MTA report this month proposes a $1.7-billion project to bring a train and new light-rail station to the airport. The current Green Line rail option takes passengers 1-1/2 miles short of the airport and requires fliers to hop a shuttle bus to complete the trip.”