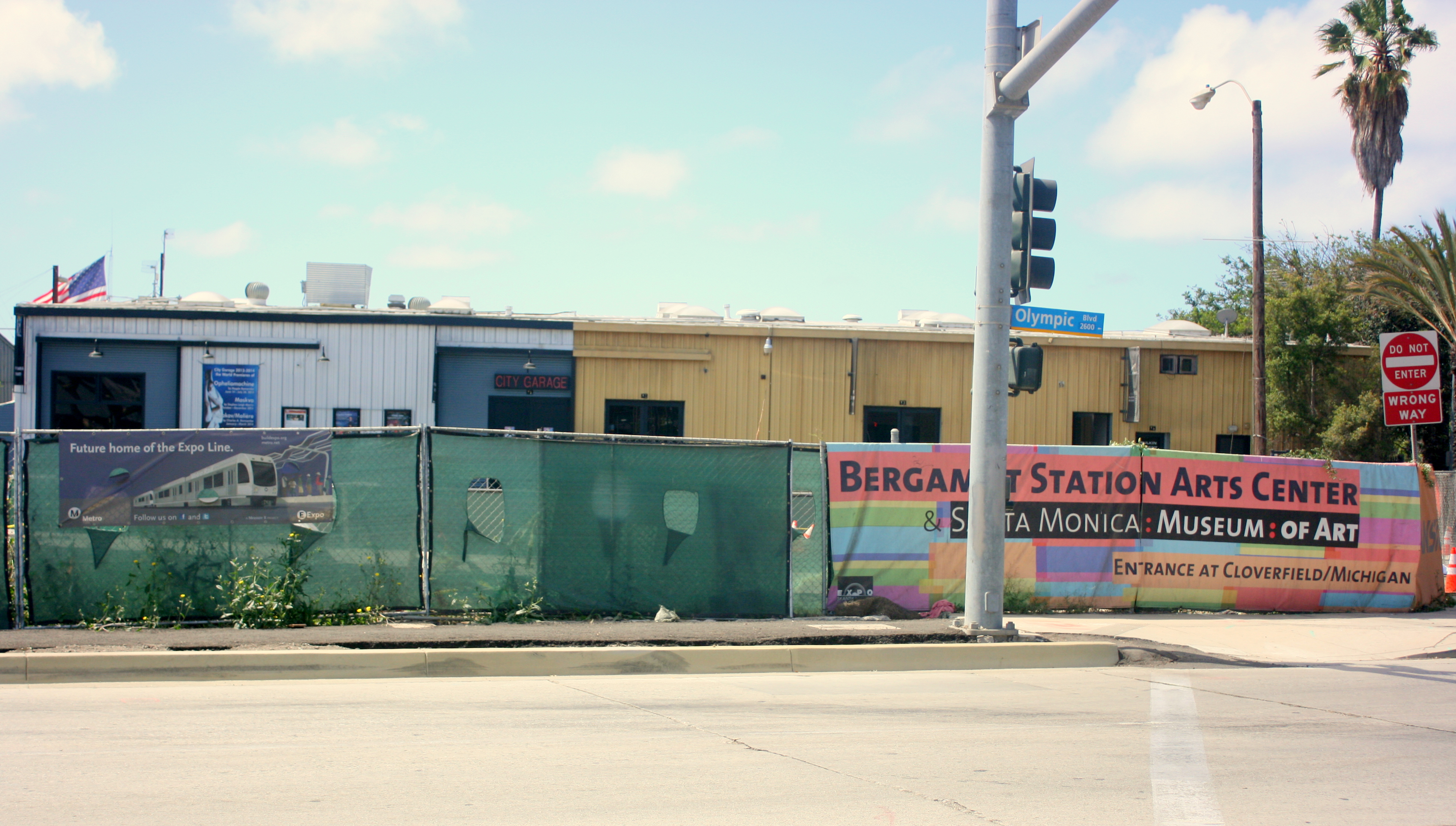 Editor’s note: Despite some confusion among its opponents, the Bergamot Station revitalization project is not, in any way, related to the Bergamot Transit Village/Office Park project that will be built across the street. – Jason

It is not every day that plans to invest millions of dollars into an arts center on public land becomes a local controversy.

[pullquote align=left]
“I would like to see a cultural center in that neighborhood. It shouldn’t just be a commercial place for the arts. It should be a place where the community can participate and have more enjoyment of the arts.” – Bruria Finkel
[/pullquote]The idea behind the plan is to transform six acres of City-owned land – currently home to a cluster of about three dozen warehouses-turned-commercial-art-galleries that encircle a surface parking lot – into a cultural hub with public open space, walkable (and bikeable) paths, an expanded art museum, and a nightlife all while preserving some of the historic industrial buildings to house the galleries.

In about 18 months, the Bergamot Station Arts Center will also be one of three stops along the Expo line (at 26th Street and Olympic) in Santa Monica, connecting the area to Downtown Santa Monica and Downtown L.A. by commuter train for the first time in 50 years.

Still, local anti-development activists are calling for the City to further delay a decision already several years in the making to choose a developer team that would move forward with plans to overhaul the Center and make it ready for the influx of riders that will be coming on Expo.

“I’m a great supporter of moving on because it has taken seven years to do it and I think it’s time,” said Bruria Finkel, a local artist and long-time advocate for the arts.

“I would like to see a cultural center in that neighborhood,” Finkel said. “It shouldn’t just be a commercial place for the arts. It should be a place where the community can participate and have more enjoyment of the arts.”

The Santa Monica Museum of Art, which is one of the tenants of the Center, agrees and has started an advocacy campaign “to help move this Bergamot Arts Center project forward toward a robust ecosystem for the arts—one that includes exciting access with the train, bikes, and pedestrians as well as cultural resources for the community.”

The Museum is calling on supporters of the project to contact their local representatives on the City Council and the Arts Commission.

There are three proposals on the table and the City Council has already postponed choosing a team once. The Council could be asked to choose again, or decided to further delay the project, as early as July, according to Museum officials.

All three proposals include constructing a new building for the museum with additional space for programs.

City staff held a public meeting (full video here) with the three development teams in May after the City Council voted in February to postpone its decision despite staff’s recommendation that the Council select the 26Street TOD Partners’ proposal.

At that meeting, the gallery owners’ expressed concern about parking and the effects of construction on the current businesses. All three proposals would increase the number of parking spaces available and include plans to retain 100 percent of the current gallery tenants.

All three proposals also have plans for a boutique hotel, the revenue from which would help subsidize rents for gallery owners to keep their spaces affordable. At the May meeting, a local anti-development group rallied against the project, focusing its ire on the hotel component.

Still, proponents of the project see waiting as potentially more harmful than not.

“The train will come regardless of doing it or not,” said Finkel. “It has taken seven years. It is the wrong thing to do to create a situation where the community is waiting and waiting and waiting. I’m in total disagreement with people who say, ‘Let’s wait.’”