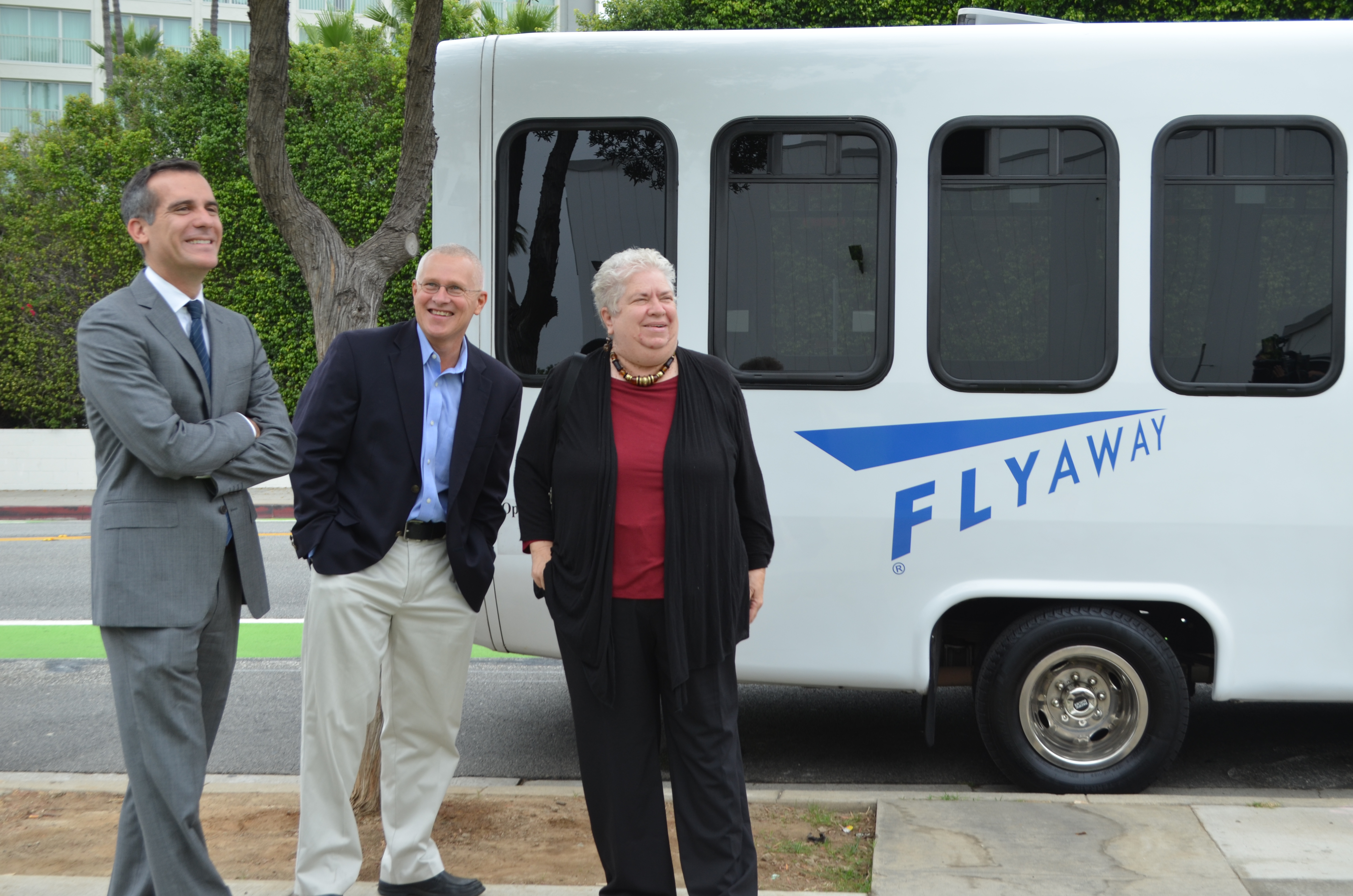 The three officials gathered outside the Santa Monica’s Civic Center where, starting on July 15, travelers will be able to leave their cars at home and catch a FlyAway bus, currently the region’s public mass transit service that connects directly to LAX.

“The FlyAway service provides a direct connection to LAX and helps residents who are traveling as well as when family & friends visit them,” O’Connor said. “The FlyAway also helps tourists who come to Santa Monica–and 80% of them rely on walking, biking & transit once they arrive here.”

Bonin added that the FlyAway helps reduce people’s dependence on their cars to get to and from LAX.

“More ways to get to the airport means fewer cars on the Westside!” said Bonin in a public statement on his Facebook page Monday.

In an official statement on his website, Garcetti said, “Traffic isn’t an issue that stops at our city limits and LAX is a trade, tourism and economic engine that affects all of us in Southern California. It’s essential that we start working together regionally, and that’s what this new transit option is all about.”

While Santa Monica’s Big Blue Bus route 3 currently serves LAX via Lincoln Boulevard, it requires that about 1.5 miles from the airport passengers transfer to a shuttle to connect to the terminals.

According to estimates by Los Angeles World Airports (LAWA), the City department that owns and operates LAX, about 125,000 passengers will ride the Santa Monica FlyAway in the first year.

The Santa Monica Civic Center stop is the latest addition to the growing number of locations travelers can board the buses that shuttle them directly to their gates for $7 to $10.

There are also plans to begin service to Hollywood in September as part of a larger expansion of FlyAway service approved by the L.A. Board of Airport Commissioners in June.

LAWA must have nine FlyAway bus routes by 2015, according to a settlement LAWA signed in February 2006.

From the Daily Breeze: “The settlement allowed LAX to move forward with a project to separate the distance between two parallel runways on the south side of the airfield, which was completed in 2008.”