Home Arts & Culture Talking Change Over a Game of Dominoes at the Santa Monica Museum... 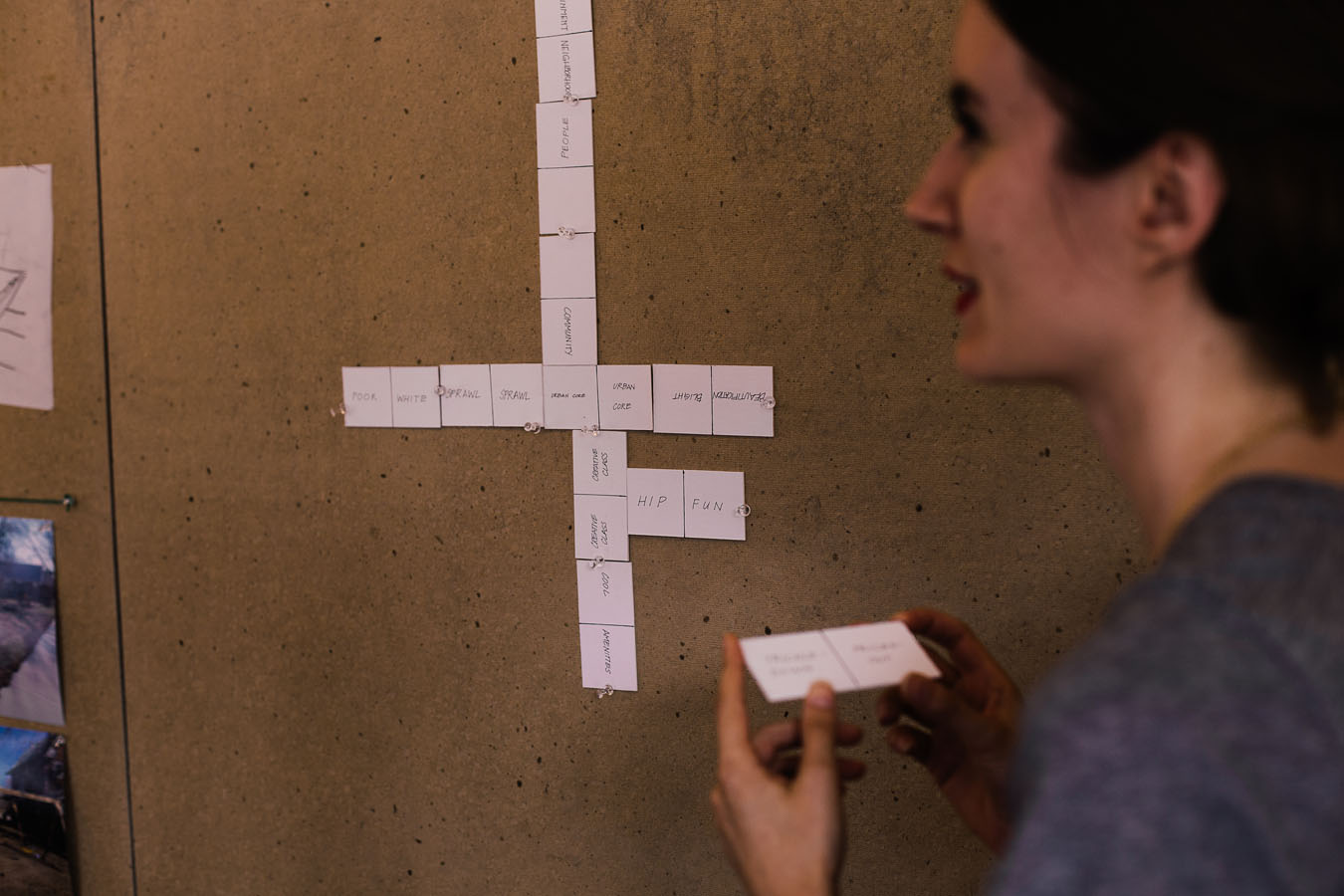 Can turning the antagonistic debates over the social changes facing our communities into a game get people to listen each other?

That is the hope of Missouri-based artist Sean Starowitz, who will be leading “The D-Train: A Dialogue Lab” at the Santa Monica Museum of Art Saturday from 3 to 5 p.m.

While “Dialogue Lab” may sound daunting, it is really quite simple. It is “a game of dominoes that doubles as an opportunity for face-to-face discussion about social change,” according to the event’s description on Facebook.

Instead of black spots, players’ tiles will have words commonly used in discussions around development and neighborhood revitalization, in general. The tiles also contain words used in local media reports about the coming Expo light rail and the Bergamot Station Arts Center, home to SMMoA and about two dozen galleries.

There has been some controversy over the future of Bergamot Station, as the City prepares to move forward with plans to upgrade the six-acre site while preserving the current uses there.

“Game rules are simple: play any word next to any other and explain to your partner how they inform and relate to one another,” event description reads. “Play a piece horizontally if you can work both ideas into the conversation. The dialogue will continue until all dominoes are played. Antagonism results in disqualification; problem-solving earns extra points.”

Starowitz, who is currently the artist-in-residence at the Farm To Market Bread Company in Kansas City, told Santa Monica Next in a phone interview Tuesday that he hopes the game will “challenge people to think about the vocabularies that are inherent [in these discussions] and come up with new vocabularies.”

While Santa Monica’s discussion about its future is unique, he said these discussions are happening all over the country, with varying degrees of frustration and animosity.

In Kansas City, for example, Starowitz said plans to put in a new streetcar line has roused fears of gentrification and displacement among some of the city’s long-term residents, while others have been energized and excited by the plans.

“I think it’s really about using the game to talk about complex ideas and to talk about them in your terms, guided by your own philosophies,” he said, adding that he hopes that people walk away from the game thinking, “Hey, my perspective isn’t the only perspective.”

“The D-Train: A Dialogue Lab” is free and takes place at the Santa Monica Museum of Art from 3 to 5 p.m. on Saturday, July 26. For more information, visit smmoa.org.