Putting an end to months of speculation, City Councilmember Bob Holbrook announced yesterday that he would not seek a seventh term on the Santa Monica City Council.

Many close observers of local politics expected that Holbrook would step down this year, leaving his seat open this November, after a record 24 years at his post and eight years before that on the Santa Monica-Malibu Board of Education.

Holbrook would have been one of three incumbents up for reelection this November, along with Santa Monica Mayor Pam O’Connor and Councilmember Kevin McKeown.

Holbrook, a Santa Monica native in his 70s, has told local media outlets, including The Lookout and The Daily Press, that he is ready to devote more time to his family, especially his two grandchildren.

Though Holbrook said that much of his decision was personal, he also pointed to the fact that this year, more than in the past, the tone of the political debate in town had gotten poisonous.

He recounted meeting an Ocean Park resident recently, who, when he found out Holbrook was on the City Council, asked, “Are you one of the good guys or one of the bad guys?”

Holbrook told Santa Monica Next Friday, “I always felt we [City Council members] were seven of the good guys. We may have disagreed on some things… but everyone was doing what was best for the city.”

He added, “I hope Santa Monica takes a deep breath and moves in a positive direction.”

Still, he said, “It’s been a wonderful 24 years.” During his tenure, Holbrook said he has been particularly proud of the City Council’s work helping the homeless, building low-cost housing where people living on the streets can find shelter and support.

He also added that he was proud of Santa Monica for being a city that contributes generously to the school system.

During his 32 years serving as a local elected official, he estimates that the City has given “close to $200,000,000 to support the public school systems.

“I’m really happy to have been a part of that,” he said, adding that all the City’s accomplishments he shares with his fellow council members.

One of the last things Holbrook championed was a new memorial at Woodlawn Cemetery to honor all of the men and women from Santa Monica who served and died during war time.

With Holbrook out of the race, the deadline for non-incumbents to submit papers to run for City Council has been extended from August 8 to August 13.

With 17 candidates already in the running, it is unclear if Holbrook’s announcement will draw any more hopefuls. 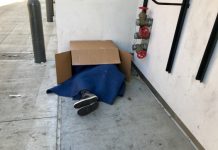 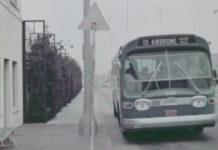 Gruber: Circumstances, or how SMRR came to endorse Sue Himmelrich and...