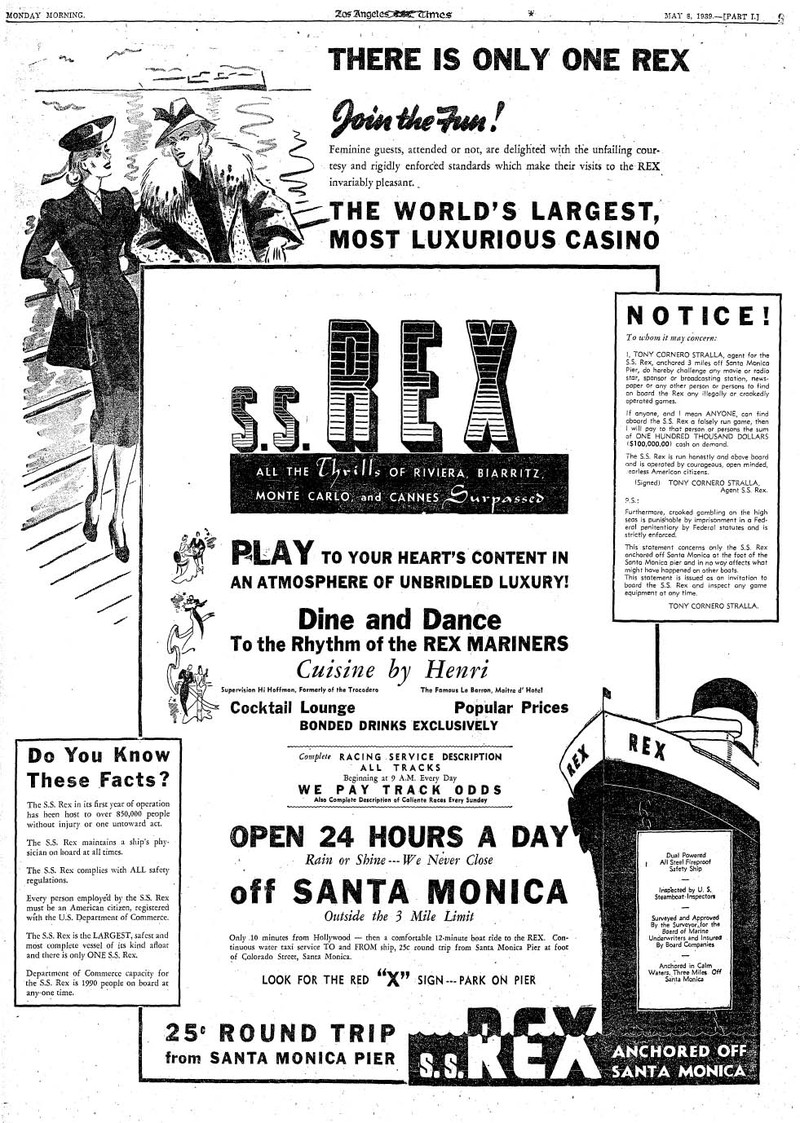 Santa Monica in the early 1930s was many things, but a sleepy beach town it wasn’t.

It was also a coastal getaway for people living in the Los Angeles region looking to escape the realities of the deepening Great Depression and, in many cases, the confines of the law.

Prohibtion was over and so the booze once again flowed freely in the U.S., but gambling was illegal in California, at least on land.

Enter Tony Cornero, an enterprising bootlegger who realized that California law didn’t extend to the sea.

Cornero, fresh out of a stint in jail for importing Candidan whiskey, saw an opportunity. He realized he could park floating casinos at least three miles off the shore and claim that he was outside the jurisdiction of local and state authorities.

At the time, there were actually a number of off-shore casinos, but Cornero opened one of the largest, the SS Rex, on May 5, 1938.

Between 3,000 and 5,000 visitors a day would board ferries to the Rex, which was a 24-hour operation, from Santa Monica, until 1947, when authorities finally caught up with Cornero.

But in the Rex’s heyday, Cornero pulled in about $300,000 a day from passengers willing to pay the price to get away from it all.

Actually, the Rex sounds like it would a lot of fun. Maybe we should bring back old Santa Monica.

Anyone know what the parking requirements would be for an offshore casino?