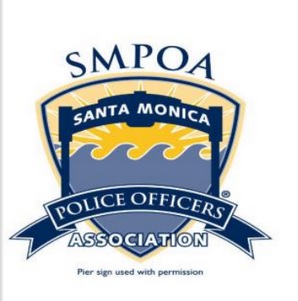 With the November 4 election less than two months away, Santa Monica’s public safety workers announced Thursday who they will support in this year’s City Council races.

The Santa Monica Police Officers’ Association (SMPOA) and the Santa Monica Fire Fighters, Local 1109 have thrown their combined weight behind incumbents Mayor Pam O’Connor and City Councilmember Kevin McKeown in the 14-way race for three seats on the Council.

The two unions have also endorsed former Planning Commissioner and local columnist Frank Gruber, who is running for City Council for his second time.

O’Connor said, “I am proud to have earned the endorsement of Santa Monica’s first responders.  I am committed to keeping our city safe and secure and look forward to continuing to work with our police and firefighters.” Gruber echoed her sentiments.

Said McKeown, “These are the men and women who run toward armed shooters and into burning buildings, with the well-being of our community and of our residents as their unshakable mission. Their opinion on the welfare of
our city means a lot to me,” he said.

McKeown and Gruber have both also been endorsed by UNITE HERE Local 11, the regional hospitality workers’ union. O’Connor, who has represents Santa Monica and the Southbay on the Metro Board of Directors since 2001, has the support of several major regional leaders, including L.A. Mayor Eric Garcetti, former State legislator Sheila Kuehl, and L.A. County Supervisor Zev Yaroslavsky.

McKeown and O’Connor have also both been endorsed by the Santa Monica City Employees’ union and the local teamsters, along with their former colleague Michael Feinstein, who is trying to make a comeback after 10 years away off the dais.

The local public safety unions endorsements is a sought-after one in the the City Council race, according to The Lookout News.

“The public safety unions’ endorsements are considered among the most important endorsements in the November 4 race,” according to The Lookout. “The police union wields heavy clout and a large campaign war chest that has $81,620 in contributions to date, according to campaign finance records from the Santa Monica City Clerk’s Office.”

For a complete roundup of endorsements made so far in the race for City Council, check out our City Council Endorsement Round Up!