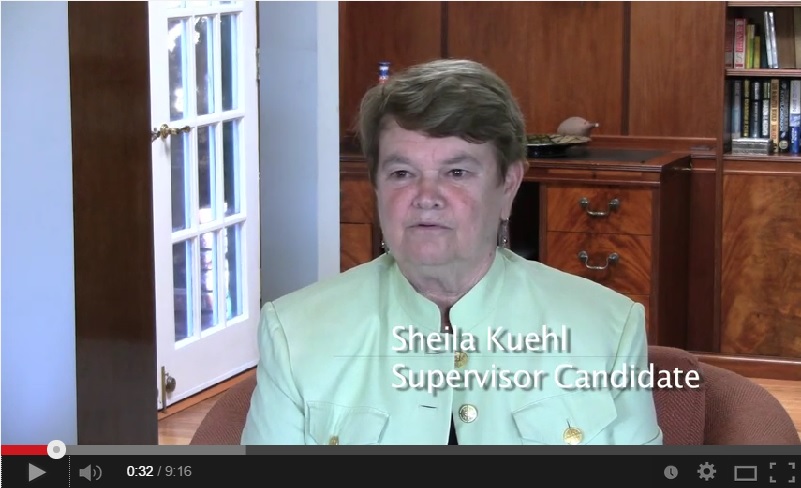 [Editor’s note: This is the first of two video interviews with the candidates for L.A. County Supervisor. Check in tomorrow for our interview with former Santa Monica Mayor Bobby Shriver. Videos are directed and edited by Saul Rubin.]

Veteran State legislator Sheila Kuehl is one of two candidates running to replace Los Angeles County Supervisor Zev Yaroslavsky, who will have to step down this year due to term limits after two decades in office.

Kuehl, who served in the California State Assembly from 1994 to 2000 and then the State Senate from 2000 to 2008, is running against former Santa Monica Mayor – and member of the Kennedy clan – Bobby Shriver in what is arguably one of the most important local elections in Southern California this year.

Yaroslavsky’s district, the 3rd District, alone is home to about two million people. It includes well-heeled westside cities like Santa Monica, Malibu, West Los Angeles and Beverly Hills, but its boundaries also include historically underserved neighborhoods in the valley, including Sylmar, Pacoima, and part of San Fernando.

Los Angeles Streetsblog/Santa Monica Next sat down with Kuehl at her home in Santa Monica’s Sunset Park neighborhood to talk about her history with multi-modal transportation, her views on Measure R-2, what she believes the County can do to address the region’s housing crisis, and her vision for a more sustainable Los Angeles County.

Here are some highlights from the interview:

You can see the full 30 minute interview with Kuehl below.