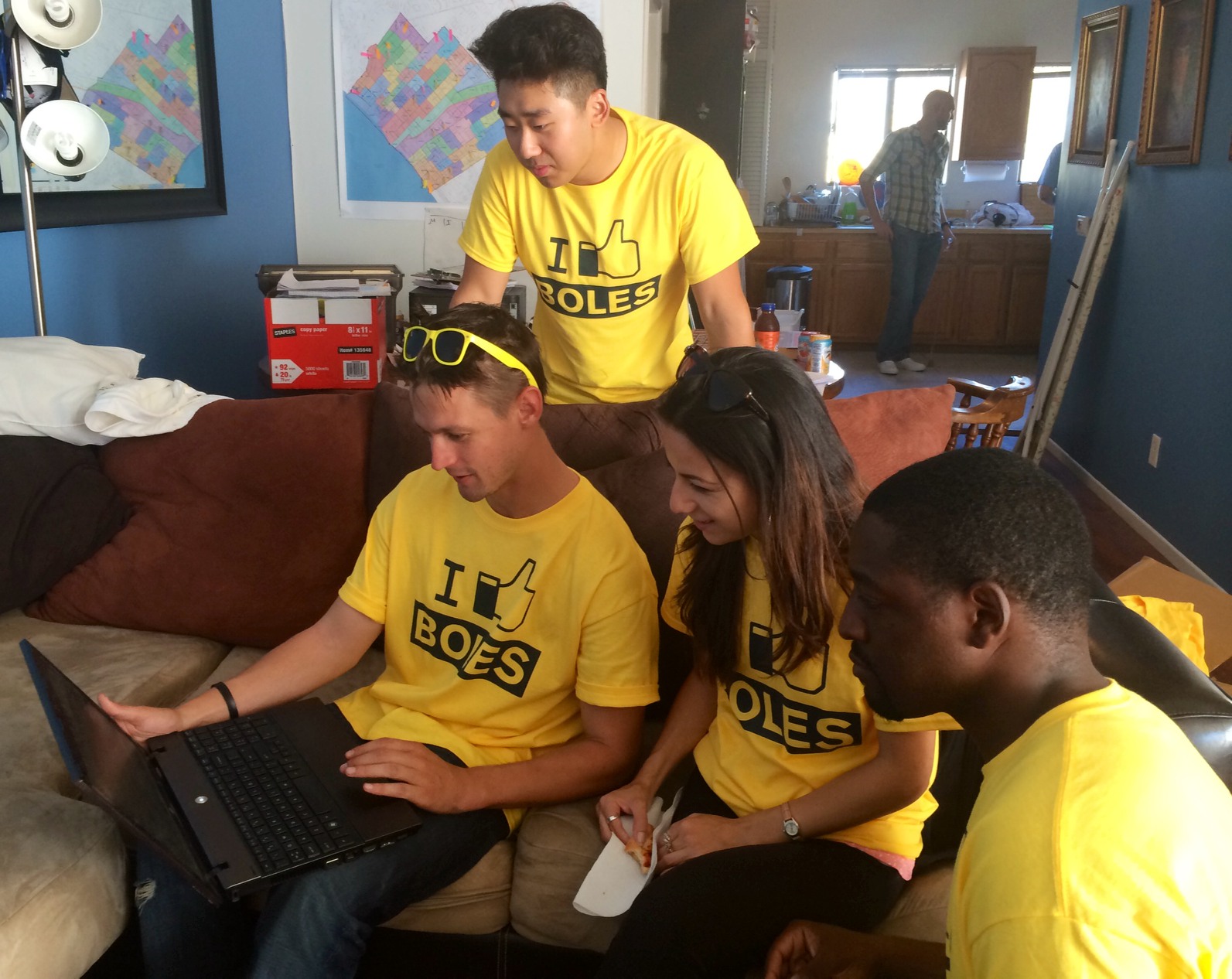 We sat down with five-year Santa Monica resident and City Council candidate Nick Boles at his apartment in the mid-city area where he lives with his two roommates. Boles, who is making is first bid for a seat on the Council, is also, at 28 years old, the youngest candidate in the running.

We talked to Boles, an economics major and Coro Fellows Program alum, about his reasons for entering the 14-way race and what it means to be the youngest candidate in such a crowded field.

Santa Monica Next: When did you decide to run for City Council?

Boles: I made that decision right around the [September 8] filing deadline. I was looking to see who would run and who wouldn’t. I saw a lot of people who were kind of the same old, same old. I think it’s really important Santa Monica gets a breath of fresh air, that we changes things up. I shouldn’t have to loan myself $90,000 to be able to have a shot at representing the citizens. I think the majority of citizens can’t afford to loan themselves even $20,000.

SMN: How are you different as a candidate?

Boles: I’m different in a lot of ways. I was raised in a completely different generation. I think Obama spoke a lot to that the other day. I see things very differently for a very large population that we have. For example, transportation. It should be easy and it can become easier if we just look at things from a different perspective. Working as a nonprofit consultant, I go into a lot of organizations that have been there for a long time and I’ve found time and time again that a fresh perspective on a familiar challenge creates viable solutions.

SMN: And what about the fact that you are the youngest candidate?

SMN: Do you think there are any unique challenges to being the youngest City Council candidate?

Boles: Yeah. I think people are going to peg me as, you know, he doesn’t have experience, he hasn’t sat on a commission. We’ve seen time and time again that there’s a farming system. You have to become a commissioner, you have to do this, you have to do that. At the end of the day, we get the same old, same old. I think we have to drastically shake up the way we elect different perspectives and viewpoints on the council. It’s through the more diversity of thought that we have in our elected leadership, the better results we’re going to get, as long as we are willing to have the discussions and conversations.

SMN: What are your top three issues?

Boles: One of my biggest concerns is the cost of living and the lack of affordable housing. And when I say “affordable housing,” I’m specifically talking about workforce and middle-class [housing]… The average one bedroom apartment out here is about $2,100 or $2,200.

SMN: What are the main obstacles to creating more housing?

Boles: There are a couple different obstacles. One of them is a strained supply. We have a huge office space-to-residential imbalance. The other thing is making sure that all the housing that is built isn’t built for ultra-luxury or extremely low income… We need to look at different ways to cut down other costs of living, which is where we go into transportation.

Boles: Right… A lot of the older generation are probably not going to use transportation. I think a large chunk of people with families don’t want to ride the bus. However, because we have such a large population of younger people, if we can get the majority of the people aged 18 to 35 out of their cars and on to public transportation, that is going to open up our parking spaces, that is going to open up traffic routes, and that will make a dramatic shift.

SMN: What about Expo?

Boles: We need to really focus on developing the transit corridor to make sure it’s pedestrian friendly, that it’s bicyclist friendly, that the people who live there can work there, as well as recreate and play there.

SMN: And your third issue is?

Boles: Transparency is a big one… We can really integrate technology to be able to proactively reach out to citizens and make them feel like they can see the process, that they can participate without going to a City Hall meeting that runs to 2 or 3 in the morning, because that deters a lot of people.

SMN: Santa Monica has a relatively high level civic engagement. However, demographically, the group that is most involved skews older. How do you think City Hall can get younger people more interested in civic engagement?

Boles: I think our generation has a very different way of doing things than our current established system… We like a lot of information, very fast. And we are constantly using a variety of modes to communicate. A lot of times, when I’ve spoken with older politicians, they have no incentive to reach out to us. And the main reason is because we don’t vote.

When I was working for other campaigns, I was really frustrated by the fact that our entire generation was completely overlooked for targeting. We targeted people who voted in the last three elections, and a lot of young people don’t have that kind of track history. It’s just because we aren’t old enough to have it yet. It’s not because we don’t want to vote; it’s not because we don’t care.

But if we keep getting left out of the process, we’re going to keep saying, “Screw the process,” and it’s going to be a continual feedback loop of disincentivizing our current generation to step up and take leadership positions and move Santa Monica forward.