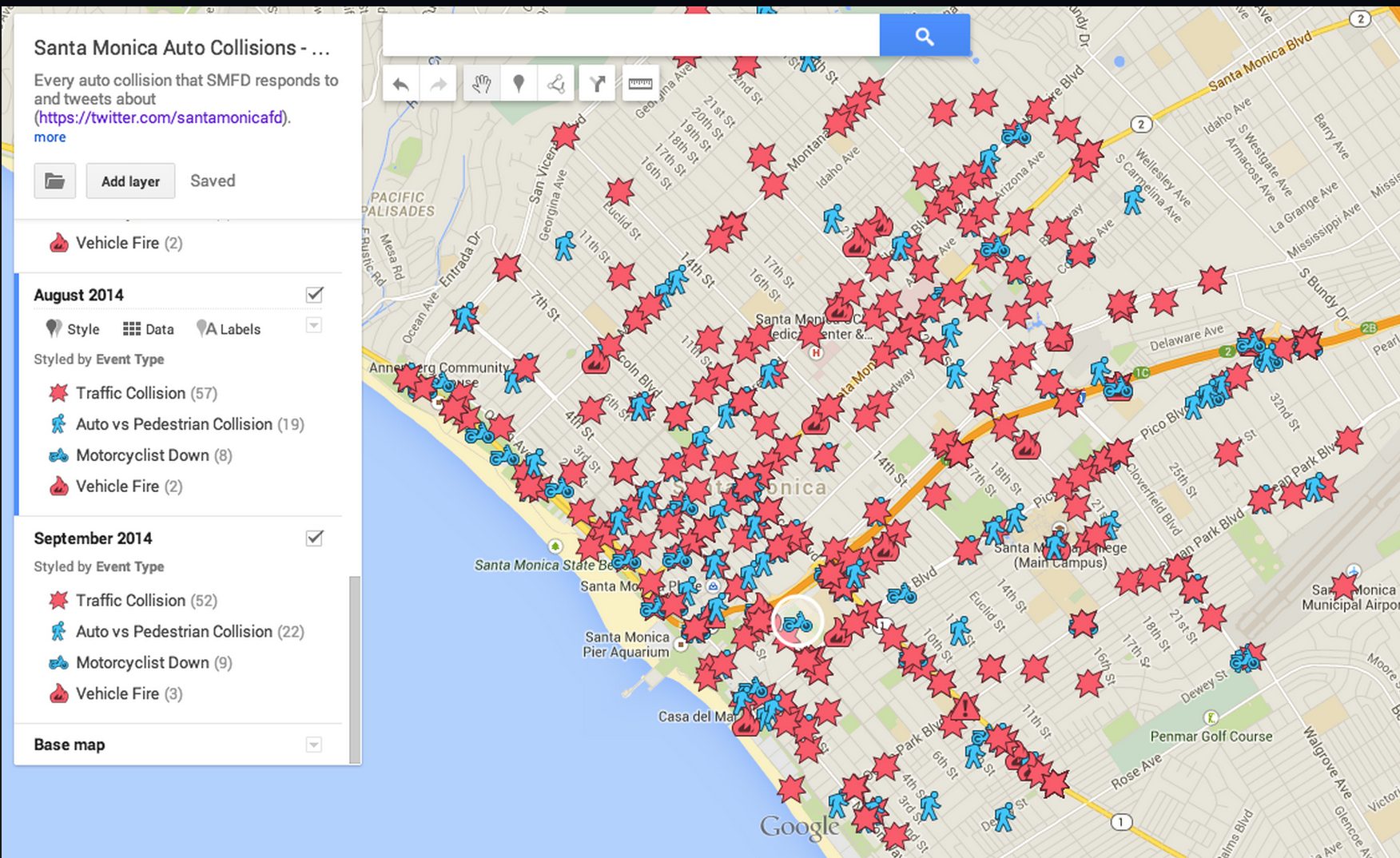 This Friday, the Santa Monica Police Department will dial up enforcement, specifically targeting behaviors that endangers bicyclists and pedestrians.

“The department has mapped out locations over the past five years where pedestrian and bike collisions are prevalent, along with the violations that led to those collisions,” according to a press release put out by SMPD officials. “Extra officers will be on duty patrolling areas where bike and pedestrian traffic and collisions occur in an effort to lower deaths and injuries.”

Officers will be on the lookout for “drivers speeding, making illegal turns, failing to stop for signs and signals, failing to yield to pedestrians in cross walks and similar dangerous violations.”

Of course, enforcement won’t be limited to drivers. According to the release, officers will issue citations for “observed violations when pedestrians cross the street illegally or fail to yield to drivers who have the right of way. Bike riders will be stopped and citations issued when they fail to follow the same traffic laws that apply to motorists.”

It’s a start, but considering the severity of the situation, much more is needed. In the last three years, according to the press release, Santa Monica police have investigated 874 serious collisions, which resulted in death or injury and involved pedestrians and bicyclists.

Cynthia Rose, who heads Santa Monica Spoke, the local chapter of the Los Angeles Bicycle Coalition, said that while enforcement is important, so is making sure that all road users know the rules.

“Tying education to enforcement is a piece that is missing here,” she said, adding that people on bikes feel safer and more empowered when they know the proper riding etiquette and rules of the road.  To that end, she said, road users should familiarize themselves with Spoke’s pocket guide here.

Each year, the SMPD targets specific poor driving behaviors, focusing on a different behavior each month. In July, the SMPD focused on bicyclists, since, under the California Vehicle Code, people on bikes have to follow the same rules as people in cars, even though, “a majority of the collisions involving bicyclists have been determined that the other party was at fault,” according to the SMPD.

Still, making sure that when people are on bikes, they don’t endanger themselves or people walking on the sidewalks is also vital to a true “Vision Zero” strategy.

Those issues can — and must — be addressed not only through enforcement but also with infrastructure, including protected bike lanes that give riders a safe option away from people walking on the sidewalks while protecting them from car traffic and enough dense and mixed-use neighborhoods that allow for a critical mass of people on foot and on bikes.

As Santa Monica begins developing its Pedestrian Action Plan, one of the main questions facing planners and residents, is how to get that number to zero. Or, at least, that should be the number one priority. Enforcement of laws already on the books to prevent reckless behavior of those who share the street — people on foot, on bikes, or in cars — is just the beginning.

Denser, mixed-use neighborhoods are vital in making Santa Monica’s streets safer for everyone by creating places that people can walk and bike to and creating the critical mass of people necessary to slow traffic to more human speeds, reducing the likelihood of fatal crashes.