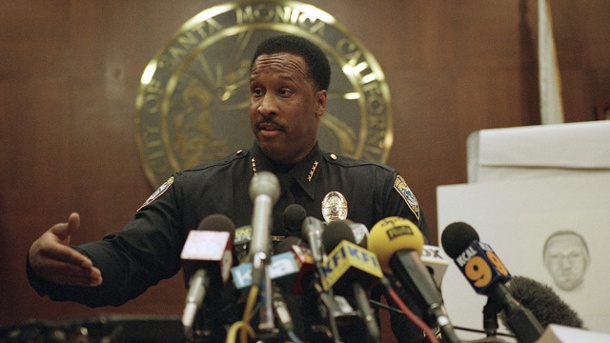 Earlier this morning, the “Southwest Corridor” cities voted for a new official to represent them on the Metro Board of Directors, replacing Santa Monica Councilwoman Pam O’Connor with Inglewood Mayor James Butts. The vote needs to be ratified by the City Selection Committee when it meets in January.

Assuming he is approved by the full City Selection Committee in January, Butts will serve a four-year term that ends in January 2019. There is no term limit to serving on the Metro Board nor as Mayor of Inglewood, so Butts could be a major player for a long-time on transportation issues.

Anyone interested in reading more about the process of selecting Metro Board Members that are neither County Supervisors nor appointed by the Mayor of Los Angeles should read this 2012 article during the attempt to remove Glendale Councilmember Ara Najarian.

Butts doesn’t have quite the record that O’Connor does as a leader on transportation, but Inglewood has become a larger player in recent years. The future Crenshaw Line has two stops in Inglewood and the city earned a grant from Metro to host a CicLAvia-style open street event in the next couple of years.

O’Connor, who served as Metro Board Chair in 2007 and founded the agency’s sustainability committee, survived a close municipal election in Santa Monica last month. She will continue to serve as Chair of the Expo Construction Authority as the representative from the City of Santa Monica. Butts’ tenure as Chief of Police in Santa Monica (1991-2006) overlaps with O’Connor’s tenure on the City Council.

The Los Angeles County City Selection Committee Southwest Corridor Sector consists of nineteen cities. Each city has a weighted vote depending on population. A list of the member cities and their total votes is below. A vote count from today’s meeting will be uploaded once it is available.