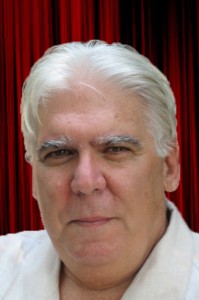 I sat down with veteran political organizer and local Santa Monica activist Ernie Powell for his podcast “The Campaign with Ernie Powell” on the Radio Titans podcast network. The full interview is here. We touched on a lot of things, particularly the importance of smart urban growth as an antidote to environmentally, economically unsustainable suburban sprawl, and the people who are fighting against this sort of change. Here’s the description of the interview from the Radio Titans website:

Jason Islas, author and impact journalist from ‘Santa Monica Next’ joins Ernie for a very informative interview about new styles of city planning, the need for more local and  affordable housing and a note or two on the emergence of an urban Tea Party. Give a listen to the ‘Campaign with Ernie Powell.’ Who would believe that riding a bike down a big or small city street could actually be interpreted as an act of both social and progressive change? Jason Islas from Santa Monica Next joins Ernie for a provocative and exciting discussion about new ways to approach urban living and design. You think that city streets are crowded because of too much housing? Jason tells us that it is, in fact, the opposite. Cities are jammed with traffic because there is not enough housing  near employment centers. That old habit of commuting to a job is what is really causing so much traffic. With more housing in the urban core there would be less traffic such that people could walk or bike to work. And, guess what, that Tea Party equipped with offensive crazy views is starting to get interested in places other than the burbs. More and more right wing groups are popping up to ‘keep them out’ or as others might say it ‘I got mine, f u.’ That sad NIMBYistic fact appears to be happening in Oskash by the Sea.

Powell’s show has a few episodes related to Santa Monica politics. You can listen to his interview with Santa Monica City Councilmember Gleam Davis, in which the two talk about the bayside city’s commitment to economic diversity and affordable housing. You can also listen to his interview with Janet McKeithen, pastor of Santa Monica’s uber liberal Church in Ocean Park, the birthplace of the renters’ rights movement in the late 1970s.