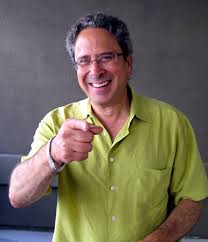 The position, which Bloom has held since 2012, puts him in charge of one of the key bodies in the State Legislature that promotes green policies in California, especially policies that reduce greenhouse gas emissions.

“I look forward to continuing my service as Chair of Assembly Budget Subcommittee No. 3, a role that allows me to work directly on issues of importance to my district, such as easing traffic congestion and preserving wildlife habitat,” Bloom said in a press release issued Friday.

“I remain committed to promoting transit-oriented development, increasing access to public transportation, and developing alternative modes of transportation for our region and the state,” said Bloom, who served on the Santa Monica City Council from 1999 to 2012, when he was elected to State office.

While the State has recognized the importance of reducing vehicle traffic — and the carbon emissions that come with it — by encouraging smart growth, transit-oriented development has proven a controversial topic in Bloom’s hometown — and on the Westside in general.

The most recent example of this happened in May, when the Santa Monica City Council voted to rescind its approval of a 765,000 square-foot mixed-use project that would have replaced an abandoned factory with about 500 new housing units and about 400,000 square feet of office space across the street from the future Expo Light Rail station at 26th Street.

While the Council in February had voted 4-to-3 to approve the project, known as the Bergamot Transit Village, local anti-growth activists collected enough signatures to put a referendum against the project on the November ballot, claiming that the proposed plan would cause too much traffic congestion. Because the Council voted to rescind the project, it never went on the ballot.

Bloom was not particularly happy with the fate of that project, negotiations for which had begun while he was still on the Council.

Bloom spoke generally about resistance to smart growth in Santa Monica in an interview with Streetsblog Los Angeles in June.

Speaking about the importance of State funding for smart growth projects, Bloom said:

Santa Monica, as you know, has done a good deal of planning around transit issues and traffic reduction strategies, and yet some of the things that we’ve planned are meeting with resistance. I think that’s an unfortunate development, but the more we tie funds to the kinds of planning Santa Monica has done, the better job we’re going to do in getting people to use transit and in lowering our carbon footprint.

Unfortunately there’s always been a significant amount of resistance to development, even when it’s responsible development. That’s just something we have to deal with.

Bloom was speaking about cap-and-trade funding, which he sees as a potentially useful tool to help fill the fiscal gap many communities are facing after the loss of redevelopment money, which helped finance affordable housing in many communities.

Certainly [cap-and-trade money] would provide some funding for affordable housing that’s missing now because of the absence of redevelopment. The good news for transit advocates is that, in order for new housing to perform highly on the carbon reduction scale—and to qualify for cap-and-trade funds—it needs to be part of transit oriented development. So it will be near transit.

I think that’s helpful because it will work symbiotically with other pots of money. There is an impetus for combining the money for rail with affordable housing money to build up within a systems approach. At least in theory you wouldn’t allocate money for housing, for example, unless you knew a project was going to be built near a transit stop.

In the same interview, Bloom emphasized the importance of expanding subregional transit networks — like Culver City Bus and the Big Blue Bus — that connect communities to Metro’s growing regional network of subways and light rail.