Home Events Coming Up: BBB Answers Your Questions About TAP and City Hall Could...

Welcome back from the weekend, folks. We hope you had a chance to unwind and enjoy the sunny weather before the rain comes. This week is a full one.

Join Big Blue Bus for its inaugural Reddit AMA (Ask Me Anything), a live Internet Q & A session, about the transit agency’s launch of its new TAP (Transit Access Pass) system. Also, the City Council will meet to discuss an addition to City Hall which, if approved, could be a “living building.” The Council will also get an update on the City budget. And, don’t forget about FutureBuild 2015! 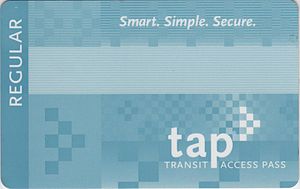 With Big Blue Bus’ TAP (Transit Access Pass) card payment system scheduled to come online in March, the local agency will take to the the social networking and news site, Reddit, for an AMA (Ask Me Anything) session.

During the AMA, Big Blue Bus officials will answer questions submitted to the subreddit reddit.com/r/SantaMonica.

“Since the news broke that Big Blue Bus is going to start accepting TAP cards, riders have asked a lot of questions about how this will work,” according to Big Blue Bus’ website.

Starting today (Monday, January 26) people will be able to post questions to reddit.com/r/SantaMonica. Tomorrow, from 12 p.m. to 1 p.m., Big Blue Bus staff “will answer as many questions as possible” on the site.

The newest addition to Santa Monica City Hall could be a “living building.” While that may sound like something out of a B horror movie, it is actually one of the highest level of environmentally sustainable design available for buildings.

Living Building Certification (LBC) achieves a higher level of sustainability and environmentally-friendly systems than LEED Platinum, currently the highest environmental rating available for buildings by the U.S. Green Building Council. (You can read in much greater detail the difference between LEED Platinum and LBC buildings here.)

The Council will decide Tuesday whether to go ahead with plans for City Hall’s new 50,000 square-foot addition to be up to LBC standards.

“A building built to LBC standards would cost approximately $8 million more than a LEED Platinum building with composting toilets,” staff wrote in its report to Council. “However, the LBD building would increase operational savings through Net Zero Energy and Net Zero Water requirements.”

Net Zero Energy means that the building must create at least as much energy as it consumes. Net Zero Water means the building captures and harvests “all water to achieve water independence from municipal sources.”

It’s an ambitious challenge, but one that could help pave the way for future municipal buildings meeting the LBC standard.

Since 2006, when the International Living Future Institute (IFLI) developed the rating system for LBC, “only 5 projects in the world have met the standard, each of which was two-stories or less and developed by a foundation or private school,” staff wrote.

At the same meeting, City Council will take a routine look at the five-year forecast for Santa Monica’s half-billion dollar annual budget.

You can read the full staff report here, but in short, it’s mostly good news.

“This year’s forecast is showing that, buoyed by exceptional economic growth and resulting increases in the City’s baseline revenues, as well as one-time revenues received in the prior year, the City’s General Fund budget has the capacity to keep pace with community priorities, such as the conversion of as-needed and contract staffing to permanent in-house positions, the addition of public safety personnel and capital infrastructure; and to protect the City from future shock losses by setting aside funds to cover longer term liabilities, many of them related to employee benefits, such as retirement contributions, other post-employment benefits (OPEB), and workers’ compensation,” staff wrote.

What does the budget pay for?

Santa Monica has its own police force and fire department. Within its eight square miles, Santa Monica has five libraries, 26 parks (including a skate park and a public beach house), an urban runoff treatment plant, a vast network of nonprofits that serves some of the city’s most vulnerable people, and some of the best public schools in the county. Santa Monica is unique among cities in that it gives millions of dollars annually from its General Fund to the local school district through a facilities joint-use agreement.

While there is good news, staff is cautiously optimistic.

“Yet normal recurring business cycles dictate that the economic growth Santa Monica is experiencing is subject to the threat of another recession, likely sometime within the next five years. Furthermore, the methods that the City has been using to control compensation-related increases, such as employee cost-sharing, using one-time funds to smooth increases, and prefunding liabilities, will eventually reach their maximum ability to stem increases in these costs,” staff wrote.

“Against these future trends, any movement beyond the conservative budgeting approach that has been a hallmark of City finances would take away the City’s ability to control and adjust its spending in the likely events of an economic downturn or continued increases in benefit costs,” staff wrote.

“FutureBuild and its partner conference, VerdeXchange, are the premier opportunity in Los Angeles to connect with sustainability professionals across the globe,” said O’Day. “It combines technology, land use and policy and explores the critical global and local issues of our time.”