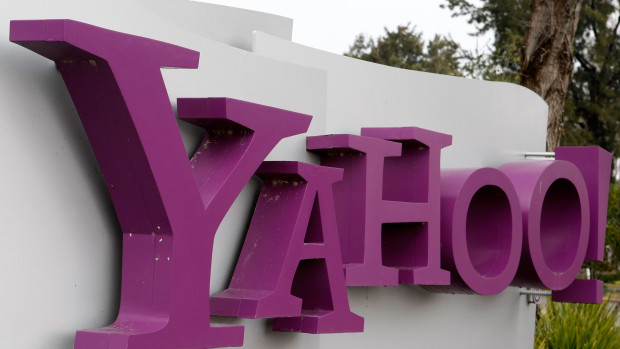 Yahoo! — the Internet search engine company — will be leaving its Santa Monica offices for a new home in Playa Vista, where it plans to open a new 130,000 square-foot office.

The move, which L.A. Mayor Eric Garcetti announced on his monthly “Ask the Mayor” segment on KNX 1070 NEWSRADIO Thursday, will take “hundreds of jobs in tow” to Los Angeles from Santa Monica, according to a CBS report.

Why? Yahoo! officials told CBS it was about the need for more space.

“The company’s move will bring at least 400 jobs from its current location in Santa Monica, with space to accommodate future growth,” CBS reported.

While Santa Monica experienced a boom in office space development in the 1980s, since 2003 an average of about 48,000 square feet of commercial space has been built a year.

With Santa Monica’s office space growing at a snail’s pace over the last decade, companies that once called the bayside city home are finding themselves squeezed out should they want to expand.

As the companies grow, the lack of office space tends to force them to relocate to nearby West Los Angeles, which sometimes offers Santa Monica-based tech companies tax incentives to move.

In some cases, those companies relocate — with the jobs and the tax revenue they generate — to locations in Los Angeles that are not conveniently located near transit, further exacerbating traffic woes on the westside by making it more difficult for workers to commute by bus or train. Playa Vista is also not served by any of Metro’s Rapid bus lines.

While Expo Light Rail will open up to Santa Monica in about a year, there are currently no plans to connect Playa Vista to the region’s growing light rail network.

From Sony Santa Monica’s announcement in February 2014: “Now 14 years later with 47 games published at this studio here in Santa Monica, it definitely feels like we made the right decision. As we continue our expansion, we’re preparing to say goodbye to this long time home, and move into a new cutting-edge facility that will meet the needs of our growing team for the next era of Santa Monica Studio.”

Sony found a new home, like Yahoo!, in Playa Vista, a neighborhood in West Los Angeles south of Santa Monica. Google left the bayside city for a bigger office in Venice, just south of the Santa Monica border, in 2011 and will soon be moving into an even bigger campus in Playa Vista.

Viacom announced that it would be consolidating its west coast offices in Hollywood, pulling MTV from its longtime headquarters in Santa Monica. Riot Games will also be moving out of town, just across the Centinela border, in 2015.

The L.A. Times reported in 2013: “Riot Games staffers are now scattered among multiple locations in a Santa Monica office complex. The company expects to move 1,000 employees to Element LA when it opens in 2015 and plans to keep growing to 1,500 workers at that location.”

While low supply of office space means that tech businesses have to move once they get too big for Santa Monica, high demand in Santa Monica means the offices vacated by Yahoo! won’t likely stay empty long.

“Because of Santa Monica’s low vacancy rate and limited availability of workspace, we have seen several companies ultimately move their offices out of Santa Monica in order to meet their growing needs. While we are disappointed to see Yahoo leave, we’re pleased that they are committed to staying within the greater Silicon Beach area and will continue to provide jobs and services to our residents, businesses, and regional partners,” said Andy Agle, director of Housing and Economic Development for Santa Monica, said,

“Given the high demand for workspace in Santa Monica, we anticipate that other businesses will seek to quickly fill the space that Yahoo ultimately vacates, leaving little sustained impact on taxes and associated services.  We are optimistic that the new space will create opportunities for some of our smaller Silicon Beach businesses to continue to grow and prosper within Santa Monica,” he said.

Santa Monica has a thriving tech startup scene, home to roughly 40 percent of “Silicon Beach,” the name given to the tech hub that sprouted up in Santa Monica and surrounding parts of West L.A.

The question now facing Santa Monica is, how do we keep these companies here?