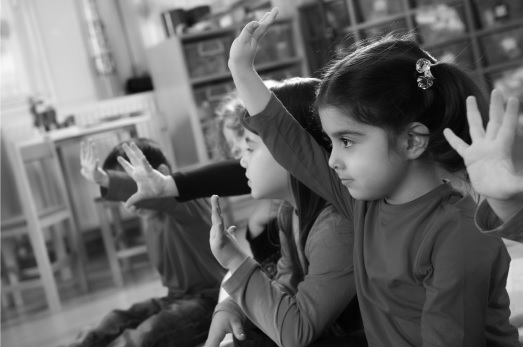 We’ve talked a lot about Santa Monica’s upcoming zoning ordinance update, the document which will enact the City’s award-winning Land Use and Circulation Element (LUCE).

While much of the talk has been about housing, height and density limits, and the need for more transited-oriented growth, on Wednesday, there’s a discussion even more integral to Santa Monica’s future: zoning for childcare centers.

The question facing City officials is whether the new zoning ordinance should allow child care centers to operate in residential parts of town. Child care centers are defined as “any child care facility other than a family day care home [private homes which provide day care to a small number of children], including infant centers, preschools, and school age day care facilities.”

While it appears a relatively minor decision considering the scope of the other issues within the zoning ordinance update, limiting the locations where child care centers can operate in a city where land is already at a premium could have major long-term impacts on the availability of high-quality child care.

And, in a city with a long-standing commitment to early childhood education, that’s a big deal.

A cursory glance at a map of child care facilities on the City’s Community and Cultural Services website reveals dozens of child care centers and homes out of which people operate family care services throughout the city.

“There are a lot of really high-quality early learning programs here in Santa Monica,” said Patti Oblath, executive director of Connections for Children, a nonprofit that, since the 1970s, has provided information about and resources for quality child care in the community.

[pullquote align=left]
“While the City very generously subsidizes child care for many disadvantaged families, we don’t have enough infant and toddler care spaces to meet the need.” – Councilmember Gleam Davis
[/pullquote]But that proliferation of high-quality child care didn’t happen by accident. It was the result of decades of advocacy, negotiations with developers, and concerted planning.

In 1991, Santa Monica codified its commitment to high-quality child care when the City adopted, in collaboration with the School District and Santa Monica College, the Child Care Master Plan, a 200 page document that outlines what was then and continues to be a truly progressive approach to child care. (To see the full document, click here.)

“Santa Monica was one of the first cities to have a child care master plan,” said City Councilmember Gleam Davis.

“That plan envisioned universal access to quality early childhood education and care,” she said, adding that there is still more work to be done to fully realize that vision.

The Plan, which was a culmination of about a decade of work that started with the founding of the Child Care Task Force in 1980, emphasizes affordability of child care, convenience of location for parents, and variety of services for children of all ages and needs.

The Master Plan is also a policy statement that enshrines the assumption that child care, especially preschool, isn’t just about having someone to watch your kids; it’s also a vital part of every child’s education.

“Child care has become an urgent social issue for the State of California and the nation,” reads the Master Plan’s executive summary, written in 1991.

Citing an increase in the number of preschoolers in California from 1980 to 1990, the summary continues, “This second baby boom has enormous consequences for schools and child care resources. At the same time, longitudinal studies show that high quality child care has long-term benefits and can make a significant contribution to healthy development. The need for an increase in child care supply and quality is immediate and clear.”

About a decade before the City passed the Child Care Mater Plan, local activists and City officials began to see that there was going to be a real need for Santa Monica, which was fast becoming a major employment center, to have high-quality child care.

“There really was a recognition that, as an employer, Santa Monica needed to look at leading the way” in providing high-quality child care, said Julie Rusk, Santa Monica’s assistant director of Community and Cultural Services.

From 1980 to 1991, when the Master Plan was adopted, Santa Monica made some big strides in child care, thanks in large part to the work of the Child Care Task Force.

The first major gain for child care advocates came in 1981 when the City, through its negotiations with developers of Colorado Place (between 26th Street and Cloverfield), required that the office park include an on-site child care facility.

That facility, which would eventually be run by Hill & Dale Family Learning Center, ushered in the beginning of a trend. In 1988, the City required a similar provision for on-site child care for the developers of the Water Garden office park and at 2600 Colorado, currently home to the MTV offices.

Most major commercial developments in Santa Monica have had some provision for supporting child care. Saint John’s Health Center agreed in 1998 to include a child care facility, one of the few in town that offer infant care.

In the initial decade of the push for child care, the City opened several publicly-operated child care facilities, the most groundbreaking of which was the Marine Park facility, said Rusk.

The City partnered with the Santa Monica-Malibu Unified School District to open the facility which gave priority enrollment to City workers and, thanks to the advocacy of the Child Care Task Force, Rusk said, included infant care.

Santa Monica City Councilmember Gleam Davis at the time was not yet involved in public life.

“I only was able to return to work after giving birth to my son because I was able to secure a space for him at the Marine Park Child Development Center,” said Davis.

While her son was enrolled at the Marine Park center, the School District contemplated closing it because it wasn’t economically feasible. She and a group of other parents and advocates successfully lobbied to keep it open under a private operator. The City eventually tapped The Growing Place to run the center, which is still open today.

“My son is now 18 and rarely does a day go by that I do not see the benefit that having access to the wonderful and qualified teachers and caregivers at Marine Park/The Growing Place has had on his development,” Davis said.

The first decade of the 21st century was one full of milestones for child care in Santa Monica, beginning with the development agreement with the RAND Corporation for its office building across the street from the Civic Auditorium.

The early Childhood Education Center will be built in partnership with SMC’s early childhood care providers professional development institute, founded in 2002 with the Task Force and First Five LA.

The City deepened its partnership with SMC and the School District in 2001 when two State-funded child care facilities opened up on the John Adams Middle School and Lincoln Middle School campuses.

The need for affordable yet high quality child care is brought up again and again in the Child Care Mater Plan. According to Oblath, on average, child care is usually a family’s second largest expense after housing.

In Santa Monica, it can cost more than $2,000 a month. Still, “high quality child care is expensive in any community,” Oblath said. And that puts strain on low- and middle-income households.

Working with local real estate developers has resulted in the creation of conveniently-located child care centers, but it has also helped make child care affordable to working families.

“Since the early 1980’s the city has worked with developers and through zoning ordinances to build and maintain child care facilities, and to provide child care subsidies to families with the highest financial needs,” according a City overview of Santa Monica’s Cradle to Career Initiative, which started in 2011 as an outgrowth of the community’s work on early childhood care.

“This effort has added millions of dollars in community benefit to child care and child care assistance,” the overview says.

For example, in 2004, a development agreement between the City and real estate developer Hines resulted in $140,000 being paid to Santa Monica’s child care subsidy fund. And, according to City officials, in 2010, Connections For Children started receiving $80,000 annually from the Agreement to assist families in the Pico neighborhood with child care subsidy.

In Santa Monica alone, Connections for Children helps between 175 and 200 families afford child care. The nonprofit spends about $5 million annually to provide child care assistance to families in the 14 cities it serves on the Westside, down to Palos Verdes. About 30 to 40 percent of that is in Santa Monica.

Every year, Santa Monica awards about $1.7 million to early childhood care providers through its Human Services Grants Program. Connections for Children is just one service provider who receives some financial support from the City’s General Fund.

The High Demand for Child Care

There is a high demand for child care in Santa Monica and on the Westside in general, partially due to the many jobs located here.

“While the City very generously subsidizes child care for many disadvantaged families, we don’t have enough infant and toddler care spaces to meet the need,” said Davis.

“Working families in particular are affected because, all too frequently, a parent delays or foregoes a return to the workforce due to unavailability of quality infant and toddler care,” she said. “The loss of the income of the parent then puts economic pressure on the family leading to a whole different set of challenges.”

Infant care is particularly expensive because it requires more staff to operate.

Davis also said there’s a lack of full day care in town. “We have some great preschools in town but they aren’t good options for working parents because they only run half day programs and some don’t even operate 5 days a week,” she said.

Oblath explained that there are certain criteria, including family size and income and that families with greater need will sometimes jump ahead on the list.

There’s also the question of space and types of child care facilities.

According to City staff, “The demand for family day care has been countered with a short supply given that only 20 large family day care homes are found throughout the City’s residential districts.”

“Child care is not one size fits all; for many families, family day care operators are a better option,” Davis said. “The key is the availability of different options that meet the needs of the family AND provide excellent early childhood care and education.”

For more information about child care options in Santa Monica or the surrounding area, visit Connections for Children or Community and Cultural Services.

Summer Kicks off This Saturday at Annenberg Beach House