Home Housing Gruber: When It Comes to Housing Santa Monica’s Next Generation, Whose Side... 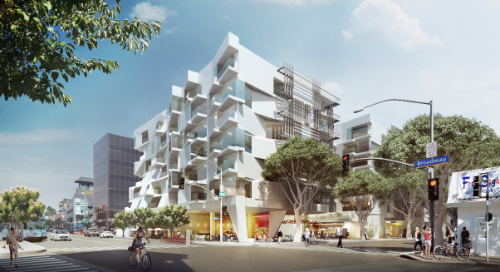 Editor’s note: This post was originally posted on The Healthy City Local, the blog of long-time political observer and former Planning Commissioner, Frank Gruber. It is reprinted here with the author’s permission.

Let’s see, a few days ago I was complaining about how the leadership of Santa Monicans for Renters Rights (SMRR) is, by allying SMRR with anti-development groups like Residocracy and the Santa Monica Coalition for a Livable City, turning the organization into something closer to a typical homeowner protection association than a cutting edge progressive organization.

In that connection there was something else that struck me when, as reported in the Lookout, SMRR Co-Chair Patricia Hoffman told the Santa Monica Democratic Club that “‘[w]e have a lot more work to do . . . . If we can work together and spend the next few years selecting candidates, that, I think, can make our City Council even better.’”

So what did Hoffman mean? Make the council “even better” by replacing progressives like Terry O’Day and Gleam Davis with candidates, like Susan Himmelrich, co-endorsed by anti-development groups? The Steering Committee’s endorsement of Himmelrich meant that for the first time SMRR endorsed a slate of candidates who were all running on anti-development platforms.

[pullquote align=left]
“Let’s be clear: to be anti-development today in Santa Monica (assuming you’re not delusional) is to be anti-housing.”
[/pullquote]Maybe I shouldn’t be surprised that Hoffman and her colleagues have allied SMRR with anti-development organizations. They were all on the barricades in the ’60s, but we all get older. Should we expect them to care about housing or jobs for anyone who has the misfortune of being young in an era when government cares much more about the old? (From all of this calumny I exclude one Steering Committee member, former mayor Judy Abdo, who still believes in the future and stays forever young in part by living with a rotating cast of under-30 housemates. It probably doesn’t hurt that she spent a career in early childhood development.)

Let’s be clear: to be anti-development today in Santa Monica (assuming you’re not delusional) is to be anti-housing because hardly anything new but housing, and only a modicum of that, has been built in Santa Monica for 20 years, and nearly all the developments in the planning pipeline are residential (and not in existing neighborhoods). For two decades there’s been little commercial development, and a lot of what there has been is ground-floor retail in apartment projects. The idea that Santa Monica has seen a lot of recent development is, as Mayor Kevin McKeown himself has recently written, rhetoric. The facts, as McKeown has been reminding people of, show a city that for more than two decades has controlled development quite effectively. (Which means, by the way, that if you believe traffic has got worse and you want to do something about it, you’d better look elsewhere than controlling development, because that doesn’t work.)

SMRR is allying itself with people who are never in favor of building housing. It’s remarkable how eclectic they can be. Equally bad are single units for young tech workers and SMC students, spacious condominiums that hotels want to build for rich people, or family apartments that CCSM wants to build for poor people; biggish projects like 500 Broadway or small projects like 802 Ashland; or any other kind of housing you can think of. For the anti-housers, it’s not that the perfect is the enemy of the good, but that when it comes to building something for people to live in, whatever it is is never good enough.

The regional housing crisis, the worst in decades, one that includes skyrocketing rents in Santa Monica that put pressure on tenants in rent-controlled apartments, is only partially a crisis about affordability. Fundamentally it’s a crisis of supply at all price levels. The huge Millennial generation coming up doesn’t primarily need affordable housing—they need alternatives to moving to the Inland Empire.

Another commendable thing that Mayor McKeown has been doing for a while is to remind people that we need to provide housing for those who graduate each year from Samohi if we expect any of them to live here. But not many of those graduates will qualify for affordable housing, in part because they are graduating from a good school, with the vast majority of them going on to college, and because there are so many good jobs in Santa Monica that they can come back to. It is, by the way, good news that they won’t qualify for affordable housing, but it means that we’re going to have to rely on the market, i.e., developers, to build homes for them and their future families. And those homes won’t be single-family, detached houses, because there’s no land for that.