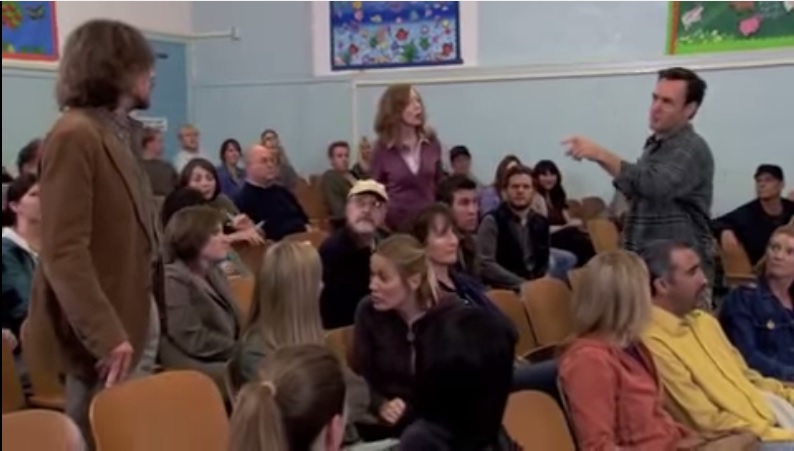 In a day and age when most people are used to making important decisions in group email threads or in virtual meetings with colleagues scattered all across the globe, hours-long in-person meetings are increasingly a thing of the past.

Except, of course, in local government. Public meetings are the life-blood of civic participation and can often be confusing — and frankly, somewhat tedious — to those of us used to moving at a much faster pace. State laws about transparency, like the Brown Act, require that most major decisions made by elected or appointed officials be made out in the public and as such, the so-called “sunshine” laws require public discussion of issues in often lengthy public meetings.

That way, the public has a chance to hear the deliberation and comment on the issues that are important to them and officials can explain the thinking around their decisions.

Though it may seem like an outmoded model for getting things done, no matter what issue is important to you, speaking at a public meeting is one of the surest ways to get your representatives to respond to your needs.

Maybe your rent just went up $200 at the start of the year and you expect it to happen again when it’s time to renew your lease. At public meetings, you can demand your representatives streamline approval for new housing construction in town to help meet the high demand for apartments that causes spikes in rents.

Maybe you are growing a business and are feeling the pressure to move out of town because there isn’t enough affordable office space for your startup. Next time an office project is being considered, you can show up and make sure your elected officials know they might lose your business — and your vote — if they keep making it hard for you and other small businesses to grow.

Maybe you are looking to start a family but you can’t find affordable day care near your home. Or maybe, a cool new bar wants to open up down the street, but the owners are having trouble getting a permit.

You can always email your Council members directly, but public meetings are where you can talk to your representatives in person about what you need to make life better for you in your own town. Plus, if you speak at a City Council meeting between 8 p.m. and midnight, you get to be on KCRW.

But, there are a few things you should know about public meetings. To keep things simple, we’ll be talking about City Council meetings, but pretty much every public meeting follows the same general format, whether it’s the School Board, Planning Commission, Rent Control Board, or any other civic body. (As noted below, here’s a good post about attending transit planning meetings, much of which is applicable to most public meetings.)

1. Fill out a speaker card

When you first arrive at a meeting, make sure to fill out a card (a chit) with your name and on which item you wish to speak. You can only speak on an item that is listed on the agenda. City Council agendas are usually posted online a week before the next meeting, which gives people ample time to see what’s on the docket.

While the city is considering allowing people to submit chits online or through a mobile app, currently you have to fill one out in person at City Hall. If people come in groups, they will sometimes fill out a chit for a friend who they know will arrive to the meeting later.

It’s often the case that your item won’t be the only one that is important to people being discussed and there is no sure way to know exactly when your item will come up.

City Council meetings are usually held on the second and fourth Tuesday of every month beginning at 5:30 p.m. The first items, or 1-items, are usually closed-session items. The Council adjourns to a private office to discuss these items, usually legal matters that must be kept confidential.

Then, there is the “consent calendar” or 3-items. There are often a lot of these, but they are usually routine and unless one of the Council members wants to go more in depth on one of these items, they are voted on all at once.

Then come the meatier items like ordinances (7-items) and administrative issues (8-items). Each of those items has a staff report and, depending on how controversial the issue, potentially lengthy public testimony.

If your item is at the end of the agenda, it could be a while before the Council discusses it. As noted below, there is usually free wifi available, so you can bring your laptop or tablet and get some work done while you wait.

Still, even if it’s a later item, submit a chit at the start of the meeting. Normally, you get two minutes to speak on an item, but if you submit a late chit, you will likely only get one minute to speak.

3. Be there when your item comes up

Maybe you decided to run out for a quick bite to eat while waiting for your item to come up. You figured, since there were four or five other items ahead of yours, it might be a while. But, it turns out, there wasn’t much discussion on those items and the Council was able to breeze through them.

If you aren’t in the Council chambers when they call your name, you may miss your turn to speak. If the item is really important to you — and we assume it would be, since you are devoting an evening to speak on it — make sure to give yourself ample time to get to get back to the Council chambers.

Council meetings are broadcast live on City TV and streamed live online, so you could watch a meeting from home, or a nearby cafe, and head the Council chambers when your item comes up.

Santa Monica Next also makes an effort to live-tweet important meetings (#SaMoCouncil), so you can also watch your Twitter feed to be alerted when an item you’re interested in is coming up.

4. Have a sense of humor

If you’re going to be there for a while, you might as well try to enjoy it.  Bring a book or mobile device to pass the time.  Public comment at council meetings can sometimes get heated, even on issues that you have no interest in.  Just imagine yourself as a character in the reality-TV version of NBC’s Parks and Recreation. At least, that’s what we like to do. Who knows, you may be inspired to write the next smash network television comedy.