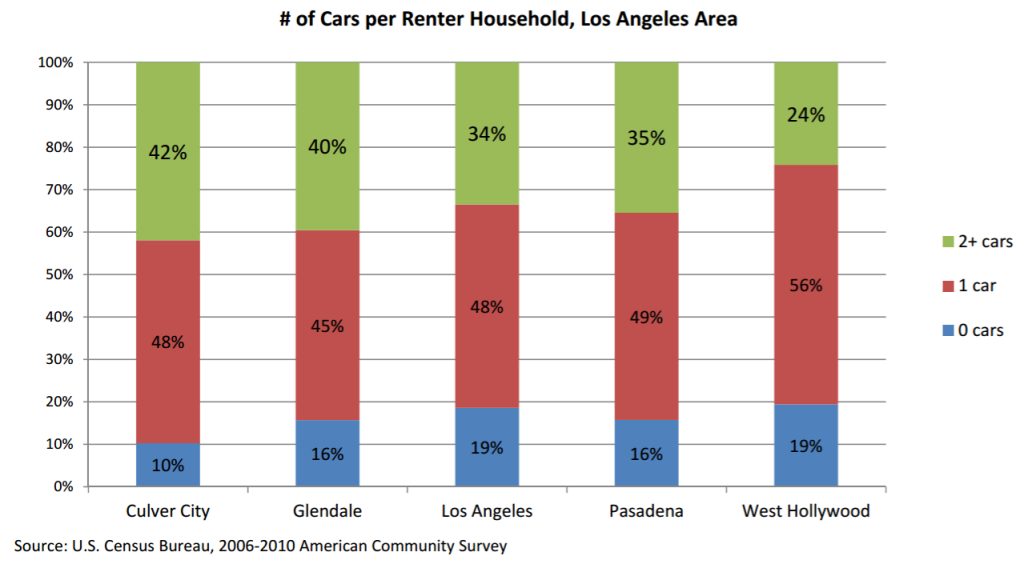 Yesterday, the Natural Resource Defense Council (NRDC), TransitCenter, the Southern California Association of Governments (SCAG), Move L.A., and the Shared Use Mobility Center, joined forces with two dozen other organizations and businesses to host Live Ride Share. The conference was billed as the “first to focus on shared mobility in Southern California [and] highlighted the profound changes occurring in transportation around the world and the economic, political and lifestyle ramifications of these developments in SoCal.” The main focus was on shared-use transportation, ranging from car share, bike share, carpooling, taxis, to ride-hailing companies (Uber, Lyft), and how these interact with the rest of Southern California’s transportation and livability landscape. Speakers included experts from as far as Helsinki and London, to as near as Boyle Heights and Santa Monica. Santa Monica Next and Streetsblog L.A. were there. We’re not going to try to re-cap in any comprehensive way, but here are some of the noteworthy things we heard:

Sharing Can Reduce Housing Costs, If We Right-Size Parking

Shared-use mobility, like care share and bike share, could dramatically lower rents in new housing by reducing the amount of expensive parking required in new developments. That’s the message Stuart Cohen with TransForm conveyed on Live Ride Share’s panel on integrating shared mobility into land use and housing.

He showed the audience comparisons of a theoretical project first with no parking, then with three different parking configurations — podium parking, surface parking, and underground parking — and the impact each of those had on rents. The rents, based on a seven percent return for the developer, went from $800 a month for a one-bedroom to $1,350 a month.

Dedicated car share services in new developments could mean that, instead of paying for parking to stow private vehicles that sit idle for most of the day, residents could share a pool of cars when they need it. Unfortunately the city of Los Angeles currently operates under the opposite strategy.

In L.A., current zoning requires about 60 percent of renters pay for parking spaces they don’t use. Civic Enterprise co-founder Mott Smith, reiterating points from ULI’s FutureBuild conference last month, pointed out that 19 percent of renters in Los Angeles own no cars and about 48 percent own one car, yet zoning requirements mandate we build almost exclusively for two-car households.

The cost of parking construction, of course, gets folded into the rents of even those people who own no cars. Why aren’t we building apartments for those people? Why aren’t 19 percent of new units built with zero parking to reflect the percentage of households who don’t own cars? Why are we making one-car households pay for two parking spaces? With working families forced to flee Los Angeles and California because of skyrocketing rents, it seems misguided that we are expecting them to take on the burden of paying for parking they don’t use.

Over-parking our homes and workplaces comes at more than a financial cost. Executive director of Urban Land Institute Los Angeles Gail Goldberg was on the same panel with Smith and Cohen. She put things in perspective, using San Diego as an example. She said if that city keeps building parking based on current requirements, an increase of 1 million people (and the population will grow, she said) would require 37 square miles of new parking. That’s bigger than some of San Diego County’s smaller northern cities, like Encinitas.

Los Angeles City Councilmember Mike Bonin made two great points that elicited sustained applause from the audience. Bonin, a gay man married to his husband, analogized changes in societal attitudes toward transportation to be similar to those toward gay marriage.

Bonin recalled that it was difficult to envision legal gay marriage only a decade ago, but that, building on decades of activism, a younger generation has led dramatic changes in acceptance, leading to widespread legalization. Bonin sees similar rapid change coming to transportation.

The biggest plenary applause was in response to Bonin’s remarks on equity. Bonin remarked that private companies were most successful in making shared mobility work in upscale markets, such as bike share coming soon to Santa Monica. But, the councilmember countered that when these companies operate in the city of Los Angeles, and when they receive public resources, they need to fill needs in underserved neighborhoods, too. Bonin’s equity concern was further explored by others, especially at Shared Mobility for All panel.

Speakers including Thomas Yee of L.A. Thrives, emphasized that, like affordable housing, the market alone cannot be trusted to resolve inequalities. Environmental Justice advocates emphasized that shared mobility systems like bike share have not served low-income neighborhoods, and that communities disproportionately impacted by transportation sector pollution need to reap the benefits of greener technologies.

One App To Rule Them All

Technology of the big enabler of the sharing, er, the experience economy. A few speakers touched on shifts between a “B2C” (business to customer) model and a “P2P” (peer to peer) one.

Nonetheless, private apps are jockeying for market share, with the holy grail being a single app that gives ends users a clear view across competing transportation modes. A user enters a destination, and the app gives various options, such as: walk there in 30 minutes, bike-share there in 12 minutes, or taxi there in 7 minutes.

Helsinki’s “mobility operators” system has this in mind, but there are no real on-the-ground examples that deliver the universality they aspire to. Joseph Kopser from RideScout previewed an in-development feature that not only compares time, but also costs of various modes. TransitCenter’s David Bragadon stressed that technology aids users, but does not replace transportation investments. He spoke on how an app might make it easier for you to find a bike to ride, but it will not get you on the bike if the city government has not made its streets a safe place to ride.

And apps aren’t just for millennials! RideAmigos CEO Jeff Chernick related his joy in seeing his grandmother quickly became an Uber customer. Jacki Bacharach, executive director of the South Bay Cities COG, put out the call for transportation networking companies like Lyft and Uber to work with cities to help with senior ride programs like Dial-A-Ride. The traditional models to help seniors  are usually expensive and require deep public subsidies to make them affordable to the people they serve. Bacharach thinks there’s room for innovation with the boom in shared-use mobility technology.

Ben Plowden, London’s director of surface transport, responded to an audience question about a proposal by Gensler to turn disused underground tunnels into bikeways. While he did not entirely rule out underground paths, Plowden emphasized that the clearer need is to make streets truly safe. He specifically pointed to protected bike lanes on a road paralleling the Thames River as an example of the type of project that should be prioritized.

Are Parts of L.A. Winning the Livability Rivalry Comparisons to S.F.?

Comparing roughly 50-square mile core areas in both cities (all of S.F. vs. a similar sized chunk of central L.A.), there are more similarities than differences. People in the core of Los Angeles live at similar population density, and show similar levels of car ownership and similar levels of bicycling.

We’ll track down these maps and graphs and share them in a subsequent article. Papandreou stressed that a few years ago S.F.’s transportation modes broke down roughly the same way L.A.’s did. Prioritization of safety and de-emphasizing the private car helped that city shift to healthier modes. It can be done in Southern California, too!

A question running through the conference was how could L.A. County can take 100,000 cars off its roads by 2020? It’s an ambitious goal, perhaps, but according to the Shared Use Mobility Center, it is possible by aggressively pushing shared-use mobility options, including bike share and car share, and increasing transit ridership.

According to a scenario outlined by SUMC, adding 20,000 car sharing vehicles – including 11,000 traditional car sharing cars and 9,000 peer-to-peer car sharing cars – could take more than 70,000 cars off the road and reduce greenhouse gas emissions by more than 145,000 metric tons.

Adding 20,000 bike share bikes could result in well over 100,000 regional subscribers and help improve first- and last-mile connections to transit. Replacing four million single occupancy vehicle car trips with shared transportation network companies (read: Lyft or Uber), taxi or carpool trips could be accomplished if just one in 25 city residents chose to use ride share one day a week, according to SUMC.

And, adding 20 million additional annual transit trips could happen as a result of currently scheduled transit improvements. What do you think, readers? Can we do it?