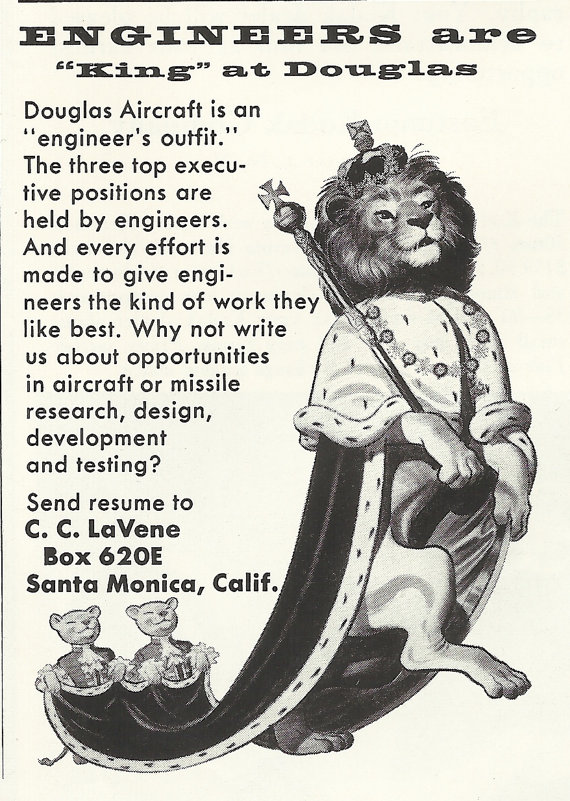 To hear people talk about Santa Monica in the “good old days” — of course, when those days specifically were always depends on who you are asking — you might get the sense that it was truly a bucolic paradise.

It was, as the story often goes, a sleepy beach town where one could escape from the realities and the hustle-and-bustle of big city life just over the border in Los Angeles.

Of course, as is often the case, nostalgia belies historical reality. In truth, there rarely was a time in Santa Monica’s history when the bayside city wasn’t the — or at least a — center of the action.

It was a popular beach destination almost from the day it was founded, especially once the famous Pacific Electric Red Car began shuttling people to its shores from Downtown Los Angeles in the late 19th century.

During Prohibition, it was also one of the few places you could still get a drink — among other diversions — out in the open.

It was also once a major industrial center.

In 1922, Donald Douglas moved his growing airplane manufacturing business from Downtown Los Angeles to 24th and Wilshire in Santa Monica, which was, at the time, the site of an abandoned movie studio, according to the Historical Society of Southern California. (Before Hollywood became the center of the movie industry, a number of small movie studies started in Santa Monica. They soon moved inland because the daily morning marine layer restricted filming hours, but that’s another story for another time.)

It wasn’t long before Donald Douglas put Santa Monica’s name on the map.

“Under a contract with the Army Air Corps, Douglas’ company designed and built the first planes to circumnavigate the globe in 1924. Five World Cruisers were built; two of them flew the distance, logging almost 29,000 miles over a span of six months and six days. More than 200,000 people greeted the triumphant crews when they returned to Santa Monica’s Clover Field [today, known as Santa Monica Airport] on September 3,” according to the Historical Society.

From his base of operations in Santa Monica, Douglas’ empire exploded during the war years. His employee roster went from about 8,000 to 160,000 in six plants.

“Also during this period, the company formed a Missiles and Space Group and became a principal subcontractor in the design and development of missiles and launching equipment,” according to the Historical Society. While some of their rockets were used for space exploration, like the Saturn I rocket, others had much more martial applications.

It wasn’t until the 1970s that it became clear Donald Douglas would be leaving Santa Monica “to consolidate its operation at the Long Beach Airport site,” according to the city’s official history. (Think Yahoo!, Google, and now EHarmony.)

Today, Santa Monica is still a major jobs center. Unlike the “good old days,” however, its economy is much less dependent on a single industry. And, considering the economic slump the city went through following Douglas’ move, that’s probably a good thing.

While tourism, retail, and healthcare are big employers in Santa Monica, the bayside city remains a center of technological innovation. The bayside city’s tech sector employees about 25 percent of its workforce. Of course, its no longer about designing state-of-the-art planes and missiles for the U.S. Airforce. Instead, its about designing new software and apps.

However, the question is, for how much longer?