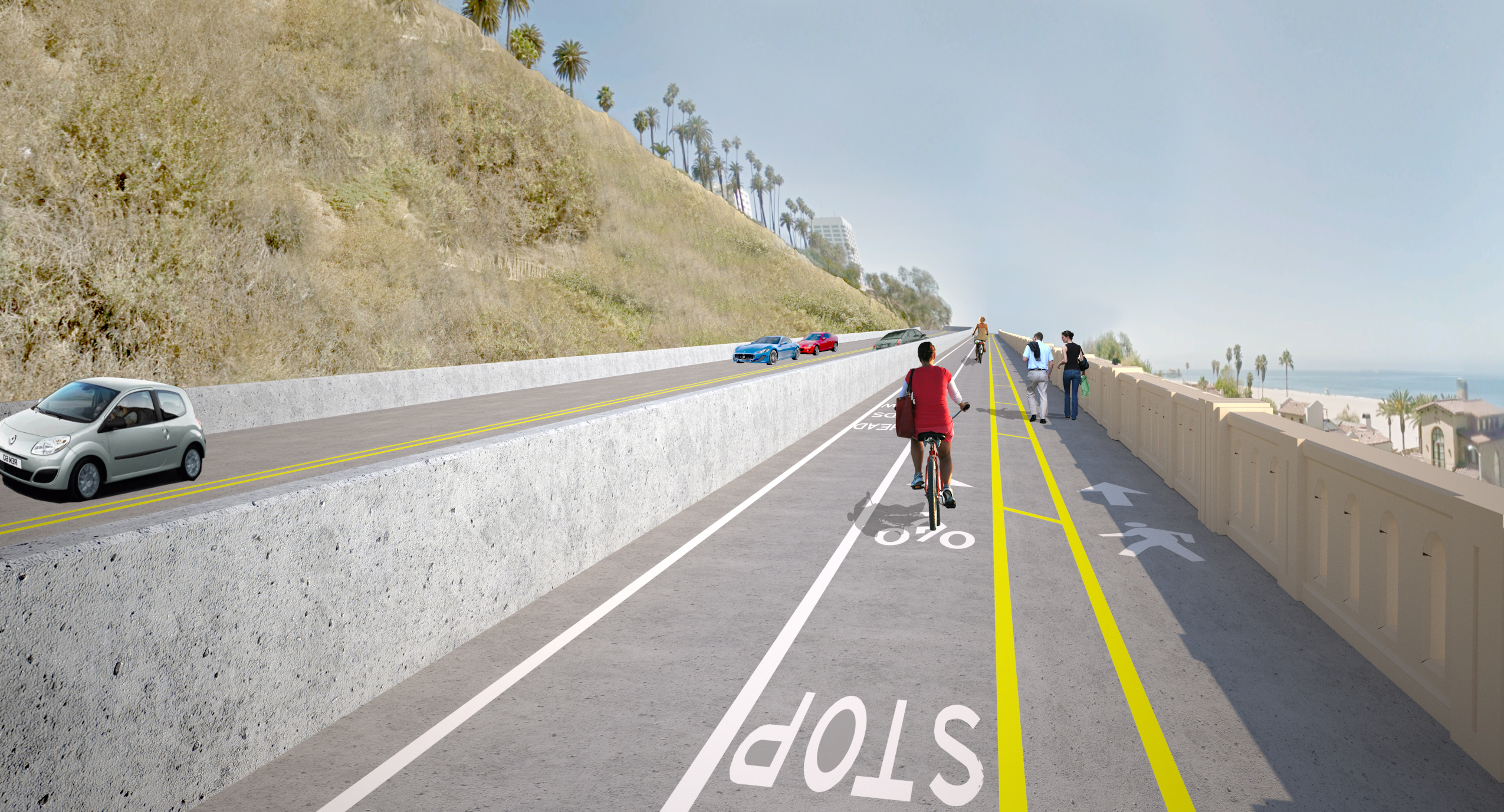 Construction on the Colorado Esplanade, which will add a cycle track and wider sidewalks from the future 4th Street Expo stop along Colorado Avenue to the Pier, has already began. On the north side of the city, the California Incline renovation project will get underway in April. The Incline is a nearly century-old bridge that connects the Palisades Bluffs to the beach at California Avenue. It will be closed for approximately a year.

Once both projects are complete — both the bridge and the Esplanade should take about a year to complete — they will offer much improved access for people walking and biking down to the beach and the Pier.

With Expo expected to open next year, the Colorado Esplanade will create a safer street for people getting on and off the train by giving more space to people walking or riding bikes in the stretch of Colorado Avenue from the Expo station.

“A rich canopy of shade trees, festival lighting and custom paving will create unique public space with widened sidewalks for pedestrians, dedicated bicycle lanes and improved vehicle circulation,” she said. As of March 24, eastbound traffic has been permanently removed from Colorado Avenue.

In late April, crews will start work on replacing the California Incline. The current bridge, built in 1930, has to be replaced because it is not up to current seismic standards, Cline said. But officials are taking the opportunity to turn the new bridge into a multimodal access point from the Palisades Bluffs to the beach.

The current bridge only has a narrow sidewalk along one side and no dedicated bike lanes, but the renderings show the new bridge will have separate paths for people walking and bicycling. A concrete barrier will separate bicyclists and pedestrians from car traffic.

As part of the project, engineers will be shoring up the bluffs’ stability, Cline said, as well as adding 16-feet of separated bike lanes and walkways on the bridge.

In the meantime, though, people trying to get to the beach or Pacific Coast Highway (PCH) by car will have to use one of two routes farther south, officials said.