Home Housing Gruber: How to Build Boxes on the Boulevards 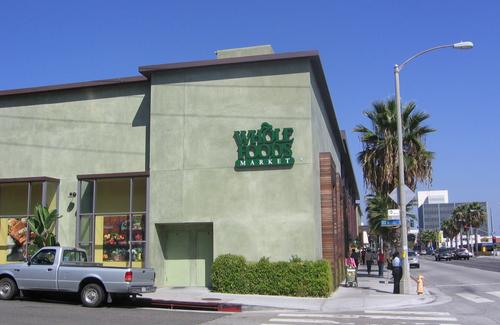 Editor’s note: The following originally appeared in The Healthy City Local. It is reprinted here with the author’s permission. Santa Monica Next welcomes guest contributions and editorials. We look for fact-based content relevant to the future of the city. Submitting your writing does not guarantee it will be published. For more information, email jason@santamonicanext.org.

You may be familiar with the honor code of the Texas state legislature, as chronicled by the late Molly Ivins: “If you can’t drink their whiskey, screw their women, take their money, and vote against ’em anyway, you don’t belong in office.”

After reading the staff report for Wednesday’s Santa Monica Planning Commission hearing on certain proposed amendments to the land use and circulation elements of Santa Monica’s general plan (LUCE), I’m thinking that the Texas code is not sufficient for Santa Monica. Maybe we need to add another disqualifier:

“If you can’t ignore panicked reactions to angry residents, you don’t belong on the Planning Commission.”

After a six-year process overseen by the Planning Commission, a process that involved remarkable public involvement, the City Council unanimously approved the LUCE in 2010. Back then the LUCE was popular. Even anti-development organizations then involved in Santa Monica politics, normally skeptical of anything emanating from City Hall, approved it.

[pullquote align=left]
There’s a lot of anger in Santa Monica these days about development, but there’s no indication that the passion, though at times deep, is widespread.
[/pullquote]So what happened? New anti-development groups, notably Residocracy, emerged. New politicians, such as Richard McKinnon, John C. Smith, Armen Melkonians, Phil Brock, and ultimately Sue Himmelrich, none of whom had been active in the LUCE process, also emerged. They hitched their wagons to the anti-development movement.

At the same time, battles were being fought over downtown hotels, battles that didn’t involve anything in the LUCE, but which provided endless fodder for opponents of development. Poorly considered preliminary plans for the Miramar got the Huntley Hotel involved, and the Huntley became a financial and organizational resource for the new anti-development players.

Then in 2013 the City Council approved the Hines Paper Mate project on a 4-3 vote. The Hines project followed the LUCE guidelines closely, but it was unquestionably large, and suddenly the anti-development forces had, literally, a big target. Worse, because the one big failing of the LUCE was that it allowed for too much commercial development near Bergamot Station, the Hines project would have placed a lot of jobs at a location that was already overwhelmed with commuter traffic.

After defeating the Hines project, the anti-development forces looked for more targets. They found some on the boulevards. Wednesday night the Planning Commission will consider stripping from the LUCE a few mild encouragements for building something other than retail boxes on our boulevards.

Specifically endangered are two potential “activity centers” on Wilshire, one at 14th and one at Centinela. There the LUCE would allow for small increases in development standards to encourage multiple property owners to join together to make better places for mixed residential and commercial developments by sharing parking, open spaces, etc. Pretty innocuous, really, especially since anything built under the activity center designation would be subject not only to the intensive public review of a development agreement, but also to the preparation, through a public process, of a separate area plan.

Similarly, development opponents want to eliminate, from most of the boulevards, “Tier 3” developments, which allow for more housing to be built but which require a development agreement.

The opposition to development along the boulevards from a few people, concentrated in neighborhood groups, has been fierce. The staff report includes euphemistic statements like “substantial community input has been submitted questioning the continued appropriateness of the Wilshire activity centers,” or that the LUCE’s tiers of development and development review, have “created community concern.”

“Questioning the continued appropriateness?” “Created community concern?” Now nice. But we’re not talking about a tea party—or maybe we are.

There’s a lot of anger in Santa Monica these days about development, but there’s no indication that the passion, though at times deep, is widespread. After all hubbub over Hines, the hotels, etc., leading up to the November election, turnout was abysmally low. Yes, the two candidates running for City Council who got the most votes, Kevin McKeown and Himmelrich, ran on anti-development platforms, but factors other than their anti-development support were more crucial to their victories. As it happens, neither one of them got even one-sixth of the registered voters in the city to vote for them.

[pullquote align=right]
If you’re concerned about traffic, what do you think generates more car trips, a bank or a store, or an apartment building?
[/pullquote]No one in Santa Monica politics has a mandate and no one bestows them. Elected and appointed officials should vote according their own analysis of the facts, using their knowledge and expertise, not according to who yells loudest.

And they should respect the process. The LUCE isn’t perfect. It should be amended. The development standards in the old industrial areas should be changed so that all new development in excess of what’s there now should be residential. This would respond to the chief complaint about the Hines project, that it had too much office development and not enough housing. But if we’re going to amend LUCE, let’s have a real process, not just the Planning Commission and staff sending something to council in response to squeaky wheels.

Now with this possible capitulation to the anti-development side, the City might abandon the possibility of building significant housing along the boulevards. But in the “be careful what you wish for department,” the anti-development folks should consider what this would mean.

When properties on our boulevards turn over, as they surely will, if property owners build to Tier 1 standards (up to two stories, 32-feet high) to avoid discretionary review, what do you think they will build? There are two possibilities:

• Or maybe two stories of offices, with a bank or brokerage on the ground floor.

If you’re concerned about traffic, what do you think generates more car trips, a bank or a store, or an apartment building?