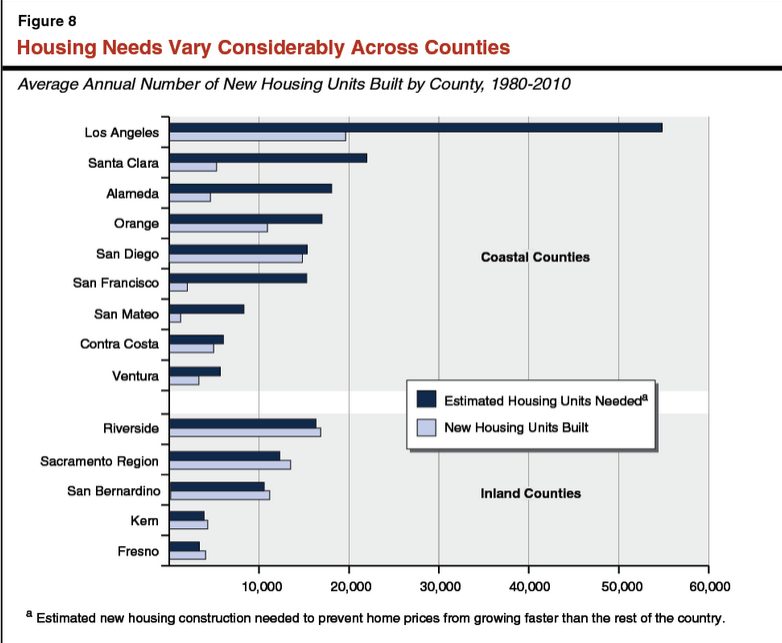 Last week, the California Legislative Analyst’s Office (LAO) put out a report calling for coastal communities to build more housing to tackle the dire shortage of homes — and the resulting affordability crisis — currently facing the state.

According to the report, in order to slow down skyrocketing rents and home prices, California needs to build double the number of housing units it currently allows annually — that would be a total of 200,000 to 240,000 units — “almost exclusively in its coastal communities.”

[pullquote align=left]
“If we do nothing, our existing neighborhoods will become a fertile ground for speculators and our City will be surrounded by housing that is not built to Santa Monica’s sustainability and trip reduction standards.”
[/pullquote]The report also notes that there are consequences for California cities’ failure to allow housing to keep up with demand, including increased poverty, crowded households, low rates of homeownership, and longer commutes for poorer people.

As with many other communities in coastal California, in Santa Monica the combined forces of desirability, high land cost, and political opposition to new housing has been driving up rents and home prices for decades. The snail’s pace at which the city is allowing new housing to be built has even begun to threaten long-time residents living in rent-controlled apartments.

So, we reached out to Santa Monica’s seven City Council members for their thoughts on the LAO report as it relates to the bayside city. Here are the responses we received from three of them.

[pullquote align=right]
“We have already directed staff to prioritize housing approvals now that the Planning Commission is done with the draft zoning code.”
[/pullquote]”I cut the ribbon [Wednesday] at the opening of the Gibson, 106 new housing units in downtown Santa Monica, and was proud to announce that just that afternoon we’d reached final agreement to house five low-income households there using Shelter Plus Care vouchers,” said Mayor Kevin McKeown in an email to Next on Friday. He added that in that project, there is a total of 11 deed-restricted units.

“We have already directed staff to prioritize housing approvals now that the Planning Commission is done with the draft zoning code,” McKeown said.

“The LAO report only reinforces what we already know. We need to build more housing across all affordability levels. While Santa Monica cannot shoulder this burden by itself, it needs to be part of a larger effort that provides housing to accommodate the region’s inevitable growth,” said Councilmember Gleam Davis.

She added that, by not building housing, Santa Monica is endangering the homes of long-term residents.

“If we do nothing, our existing neighborhoods will become a fertile ground for speculators and our City will be surrounded by housing that is not built to Santa Monica’s sustainability and trip reduction standards,” she said. “As the LAO points out, building more housing is critical if we are to address the current housing affordability crisis; a crisis that jeopardizes current residents’ ability to stay in their homes and prevents our children from moving back to Santa Monica.”

[pullquote align=left]
“Santa Monica will become Beverly Hills by the Sea if it discourages the reasonable housing production allowed in the LUCE.”
[/pullquote]Councilmember Pam O’Connor said that by not building housing, Santa Monica is danger of losing its unique character.

“Two factors are coursing forward. The economy is coming out of the Great Recession when building of housing was slowed. And at the same time we see the great wave of the Millennial generation coming into adulthood and needing housing,” she said.

“This has exacerbated the housing crisis in Santa Monica. Santa Monica will become Beverly Hills by the Sea if it discourages the reasonable housing production allowed in the LUCE [Land Use and Circulation Element],” O’Connor said.

The LUCE, approved unanimously in 2010, anticipates the city will add 4,955 more homes by 2030 while channeling that growth to commercial boulevards, former industrial areas, and Downtown Santa Monica in order to prevent displacement of existing homes.