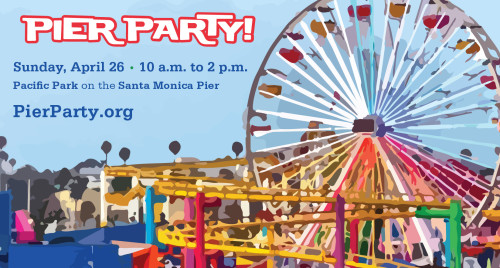 There’s a party at the Pier this Sunday to benefit the Santa Monica-Malibu Education Foundation and SMPD announced there will be two more bike-ped operations this Friday and Monday.

Join Santa Monica Next and many other members of the community Sunday at the Pier for the Santa Monica-Malibu Education Foundation’s (SMMEF) biggest annual event, the proceeds from which go to fund instructional assistants, literacy coaches, elementary arts education, additional middle and high school faculty members, teacher training, and discretionary grants for all 16 schools in Santa Monica-Malibu Unified School District (SMMUSD).

“Many schools use these discretionary grants to provide science, technology, engineering and math (STEM) or visual and performing arts programs. Some schools also use these funds to hire additional health clerks, augment on-site counseling programs, or run other programs focused on student wellness,” officials said.

SMMEF is the district’s primary fundraising arm and is currently in the middle of its annual fundraising drive to raise $4 million for these programs as part of SMMUSD’s district-wide fundraising program. Last year, the Pier Party alone brought in about $125,000.

“Pier Party is SMMEF’s premier community event,” said Kathleen Rawson, President of the SMMEF Board of Directors and CEO of Downtown Santa Monica. “It brings together families from every school in SMMUSD to celebrate and support our students and teachers. We were thrilled by the success of the inaugural Pier Party last year and are very excited for year’s event.”

Tickets range from $25 to $175 for general admission and VIP. The event starts at 10 a.m. and includes rides, games, a live DJ, food vendors, face painting, touch tanks from the Santa Monica Pier Aquarium, interactive games by Marbles: The Brain Store, arts and crafts run by P.S. ARTS, and other activities for children.

For more information or to attend, visit the Ed Foundation website here.

During the operations, which started in November, officers focus on dangerous behaviors by everyone on the road, regardless of whether you are walking, biking, or driving.

As with previous operations, on Friday and Monday, “Officers will be looking for violations engaged by drivers, bike riders and pedestrians alike that can lead to life changing injuries. Special attention will be directed toward drivers speeding, making illegal turns, failing to stop for signs and signals, failing to yield to pedestrians in cross walks and similar dangerous violations,” according to a press release issued Tuesday.

“The department has mapped out locations over the past five years where pedestrian and bike collisions are prevalent, along with the violations that led to those collisions,” according to the press release. “Extra officers will be on duty patrolling areas where bike and pedestrian traffic and collisions occur in an effort to lower deaths and injuries.”

While, as the release said, special attention will be paid to people driving recklessly, so too will people be targeted for walking or riding bikes and not following the rules of the road.

“[E]nforcement will be taken for observed violations when pedestrians cross the street illegally or fail to yield to drivers who have the right of way. Bike riders will be stopped and citations issued when they fail to follow the same traffic laws that apply to motorists,” the release said.

Need to brush up on the rules of the road? Santa Monica Spoke has a handy guide for you, as does the Santa Monica Police Department, which you can see here.