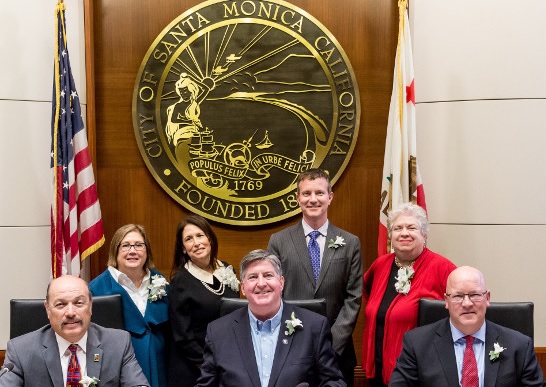 Things on the dais got tense Wednesday night when the City Council deliberated whether to remove key elements of the Land Use and Circulation Element (LUCE), making it more difficult for future housing to be built on major boulevards.

The Council voted 4-to-3 in two motions to amend the LUCE — passed unanimously in 2010 — scrap the possibility of allowing Tier 3 buildings on boulevards, with exceptions for 100 percent affordable housing projects and adaptive reuse of historic buildings. The proposed changes would still allow Tier 3 on Colorado and Broadway and in Downtown Santa Monica, pending approval of the Downtown Specific Plan.

The idea of including Tier 3 on the boulevards as part of the LUCE was to create the potential for four-to-five story mixed-use residential buildings, with ground floor retail, on the busiest transit corridor in Los Angeles County (Wilshire) and on a mostly single-story commercial corridor (Santa Monica Boulevard) in order to help meet Santa Monica’s goal of adding 4,955 homes by 2030.

[pullquote align=left]
“We need to be able to produce housing, period, in order to fund affordable housing. I don’t see any way you get this housing built if it’s just at 100-percent affordable.”[/pullquote]The votes, two of many taken Wednesday following Tuesday’s public hearing (which was attended by about 130 people), were only advisory and will serve to direct staff when they draft the actual ordinance, which the Council will vote on officially on May 5.

“One of the things the LUCE was designed to do, and I support this, was to remove development pressures from existing neighborhoods,” said Councilmember Gleam Davis, who was one of the three who voted against the prevailing motions.

She said that two things had changed since the LUCE had been adopted: the city no longer has redevelopment money after the state dissolved the community redevelopment agencies — its primary source for funding 100 percent affordable housing construction — and the recession has begun to end, meaning that development pressures are going to be on the upswing.

“We need to develop housing,” she said, warning that, with greater economic growth, there will be more pressure for development and that it should be directed away from existing neighborhoods.

Davis originally floated a motion that Tier 3, which would require discretionary approval by the Council, be allowed for projects that were all residential above the first floor. The motion received a second, though it never went to a vote. Councilmember Sue Himmelrich then floated a motion to eliminate Tier 3 for all but 100-percent subsidized housing and historic resources. Combined, the motions call for elimination of Tier 3 on Wilshire and Santa Monica Boulevards except for in Downtown Santa Monica, pending approval of the Downtown Specific Plan later this year.

Before the amendments were approved, Tier 3 projects would have required to undergo a development agreement (DA) negotiation process, through which the city can require the inclusion of affordable housing as part of the project. The city’s charter requires new buildings to have up to 30 percent affordable housing included or for developers of larger market-rate housing to pay into the city’s housing fund, which, currently, is nearly empty after the loss of redevelopment money and the defeat of Measure H last election.

“It’s difficult enough to build housing on our boulevards today,” O’Day continued, “[Removing Tier 3] is a further restriction against… what we are trying to accomplish.”

Davis also noted that funding constraints make it unlikely that there will be any 100 percent affordable housing built soon, but even if the city’s primary nonprofit housing developer, Community Corporation of Santa Monica, could build more units tomorrow, it alone can’t meet the community’s need for housing.

She added that DAs with for-profit developers is the city’s best chance to get more deeply affordable units built in town.

Staff argued that since the DA process is time-consuming and expensive — for the developer and the city — allowing Tier 3 projects wouldn’t actually get Santa Monica any significant gains in housing.

In defending the need for allowing higher standards along the commercial boulevards, Davis pointed to the recent report out of Sacramento’s Legislative Analyst’s Office (LAO) that laid out the severity of California’s housing supply crisis, especially along the coast.

In the video summary of the report, Chas Alamo, senior fiscal and policy analyst, offered recommendations for addressing the problem.

Los Angeles County alone, due to decades of resistance to growth especially in affluent coastal communities, would need about one million new homes to begin to bring down housing costs closer to the cost of construction. The magnitude of the problem, the report says, requires working with the private sector. Recently, Los Angeles Mayor Garcetti announced plans to build 100,000 new homes near transit and at all levels of affordability by 2021 [PDF]. Santa Monica’s LUCE anticipates 4,955 new homes by 2030.

For Councilmember Pam O’Connor, the vote was as much about height limits as it was about who will be able to live in Santa Monica.

She voted against the prevailing motion, saying that it will only help the “rich get richer.”

“This city suffers from affluenza, quite honestly. We have a lot of rich people here. If we’re going to have 100-percent affordable housing and then everybody else, we are going to be the epitome of what is wrong in this country,” she said.

“We’re going to have people who can live in subsidized housing and rich people and we’re not going to have a middle class,” she said.

Councilmember Tony Vazquez responded heatedly to the idea, saying that the middle class is already edged out. He said that he tried to get a young man housing at the Belmar Apartments across the street from City Hall, a Community Corporation-run building, but that the young man didn’t qualify.