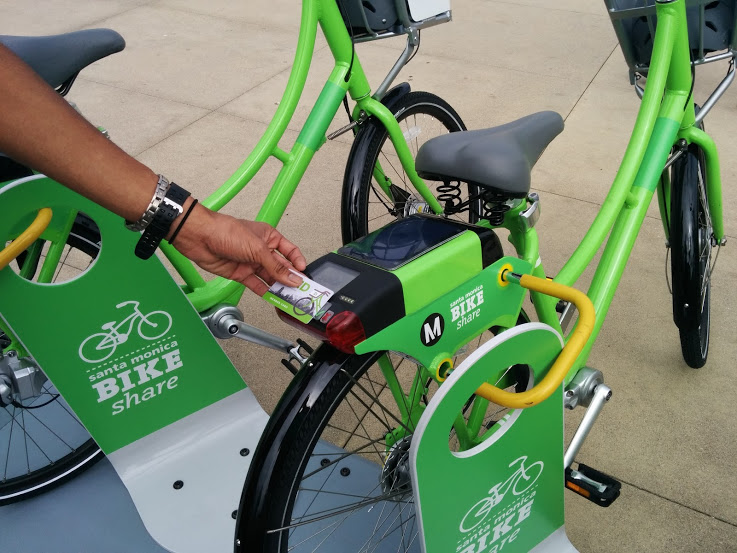 News broke this week that Metro will soon vote on a bike share vendor for the agency’s “Countywide Bikeshare” system, which will start with a 1000-bike pilot program in Downtown L.A.

But that has some leaders concerned in Santa Monica, which will launch a 500-bike bike share system of its own this summer, about whether Metro’s vendor will be compatible with Santa Monica’s, which was originally supposed to be a pilot for the county system.

State Assemblymember Richard Bloom is one of those people concerned that the county system could include multiple, incompatible vendors if there isn’t more coordination.

“I am very concerned that we may be moving towards multiple, incompatible systems. This is frustrating the central feature of bikeshare: a seamless experience for the customer from, station to station, community to community,” he said in a statement released by his office Wednesday. “I will continue to work with stakeholders in an effort to avoid this outcome.”

Bloom, a former Santa Monica City Council member, convened the Regional Bike Share Committee in 2012 shortly after he was elected to the State Assembly to oversee coordination of any such program.

Part of the problem is that the system Santa Monica adopted when the Council unanimously approved a contract with CycleHop for a 500-bike system in November, is a “smart bike” system, which locates all the technology on the individual bikes.

Metro is considering a contract with Bicycle Transit Systems, which uses a “smart dock” model that locates all the technology on a stationary docks.

It wasn’t long after Santa Monica approved a contract with CycleHop — the same vendor that Long Beach recently announced will take over implementation of its stalled system — that Metro began its own Request for Proposal (RFP) process to find a vendor for its Downtown L.A. pilot bike share program, scheduled to come online next year.

When Santa Monica started its bike share RFP process in 2013, it was the only regional city that had secured funding to install bikes, but it had repeatedly delayed approval of a vendor to allow regional partners to catch up.

“It was decided early on, from our very first meetings [of the Regional Bike Share Committee], that consistently, the most important thing was compatibility,” said Cynthia Rose, who heads Santa Monica’s local chapter of the Los Angeles County Bicycle Coalition, Santa Monica Spoke. She is also an LACBC board member.

The decision was made to move ahead late last year by Santa Monica because the city risked losing the more than $2 million in grants it had been awarded to launch its system.

Rose noted that Santa Monica’s contract with CycleHop contains a “me too” clause, “specifically so it was easy to expand regionally.”

Metro declined to comment on the matter because the agency is currently in “a procurement blackout period,” and are not allowed to discuss the upcoming decision.

However, not everyone is worried about potentially incompatible systems.

“I don’t think it’s such a bad thing to have multiple bike-share systems up and running in a place as large as L.A. County,” said Joe Linton, editor of Streetsblog Los Angeles.

“Metro’s downtown L.A. system will be a smart-dock, while Santa Monica’s will be a smart-bike. It’s possible that one of these systems will either flourish or will have problems. Or, both will do fine,” he said.

While it may not be a problem now, since Downtown Los Angeles and Santa Monica are separated by more than a dozen miles, the question for Rose and others is, what happens if Metro decides to expand a potentially incompatible bike share system next to Santa Monica, in Venice and West Los Angeles.

“Users can buy an annual membership for the system they use daily, and can pay per-ride or per-day for the other. If both grow and thrive, and it becomes really desirable, the systems could be made more-or-less compatible by offering some sort of joint membership,” he said. “At this point, I think that delaying either of these systems would be a disappointment.”