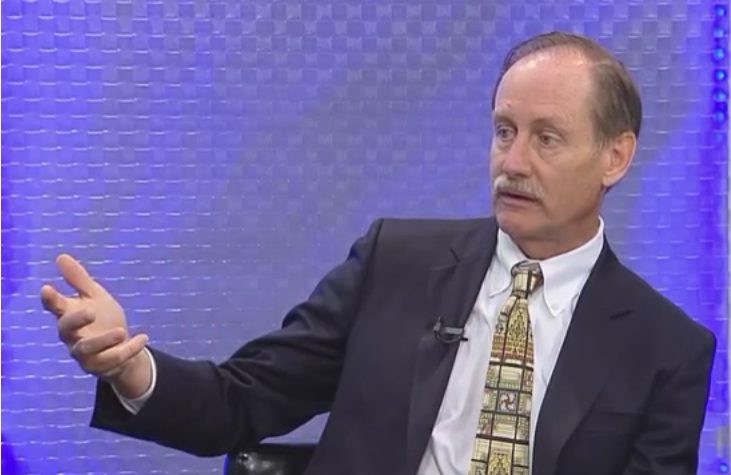 Santa Monica Next sat down to talk with Rick Cole, who took the reins as Santa Monica’s city manager on June 29 after leaving his post at L.A. City Hall as deputy mayor in charge of budget and innovation. The Pasadena native and 30-year veteran of local and regional politics spoke with us about his goals at his new position in Santa Monica. This is part three of a three-part interview. Click here for Part I: “A City on the Beach” and here for Part II: “Courage, Tenacity, and Imagination”

[pullquote align=left]
If the city of Santa Monica, with all of our educational and financial resources, can’t be an exemplary model, then what hope is there for Jakarta or Johannesburg or Manila or Kinshasa or, for that matter, Shanghai and Shenzen?
[/pullquote]Santa Monica Next: Your predecessor, Rod Gould, when we interviewed him before he retired, he spoke about what he saw as a challenge in Santa Monica: what he called the “politics of abundance.” Many of the arguments in the city were because Santa Monica has so much and could say no to investment where other communities who don’t have those resources wouldn’t see as much controversy over these issues. Do you feel that this abundance of resources is a double-edged sword?

Rick Cole: I think that unfortunately, that came off as something of a complaint. And, I understand the frustration that Rod seemed to express with that observation. I experienced it in my own household because, like most parents, I have done everything I can to spare my children the rigors of my own childhood and to give them the benefits of every opportunity to enrich their lives that I could have possibly sacrificed to afford.

Inevitably, they take for granted those advantages and they assume that a certain level of material comfort is their birthright. But, what an extraordinary privilege it is for us to have these resources. As John Kennedy once said long ago, speaking personally as well as for the country, “To those whom much is given, much is asked.”

I think that’s an exciting part of Santa Monica: the opportunity for us to be models of utilizing the enormous benefits that we have in this time and this place to show a responsible way of stewarding them for future generations and for those who don’t have those same advantages.

That’s certainly what I’ve tried to model for my three teenagers. You know, with all its challenges, it’s incredibly rewarding. If we look around the world, if the city of Santa Monica, with all of our educational and financial resources, can’t be an exemplary model, then what hope is there for Jakarta or Johannesburg or Manila or Kinshasa or, for that matter, Shanghai and Shenzen?

It’s an enormous privilege, I think, to be given, in my faith tradition, from the hand of God, health and material advantages that we can put to the service of others in greater need. It’s a remarkable time to be alive and if we want our great grandchildren to have those same benefits and privileges, then we have to work very hard to lay that foundation.

SMN: One last question. Where do you fit into all of this in Santa Monica? Have you thought about what you want your legacy to be?

[pullquote align=left]
That’s the kind of leader I would like to be in Santa Monica: [one who helps] the city achieve extraordinary success, not simply for the benefit of the 93,000 residents, but for the benefit of a world looking to see how well we can translate our advantages into a legacy.
[/pullquote]RC: This is probably my last opportunity to have a leadership role in a community like the ones I’ve had over the last three decades and I hope it will be the best. I hope what I’ve learned personally about how to lead will help me be the kind of leader I’d like to be and Santa Monica deserves.

There are a lot of definitions of leadership. Certainly, a lot of people assume that if you have the title of mayor or city manager that you are, by definition, a leader. The definition of leadership I find most useful is, if you turn around, is anybody following you?

In today’s world, people do not follow you because you have a title. Some people miss the “good old days” when the man on the white horse, usually a white man on a white horse, could lift his sword and charge up the hill and be confident that, not only there’d be followers, but that you could take the hill.

That’s the kind of leader I would like to be in Santa Monica: [one who helps] the city achieve extraordinary success, not simply for the benefit of the 93,000 residents, but for the benefit of a world looking to see how well we can translate our advantages into a legacy.

It’s both a physical legacy of what can be created in a community in terms of beauty and art and science and education, but it’s also a democracy that works.

We can’t take that for granted in today’s world. People are dying for democracy in the Arab world; they are despairing of democracy in many countries on all continents. Even in the birthplace of democracy, Greece, people are wondering whether democracy can work.

We ought not to take for granted that we have a City on the Beach.