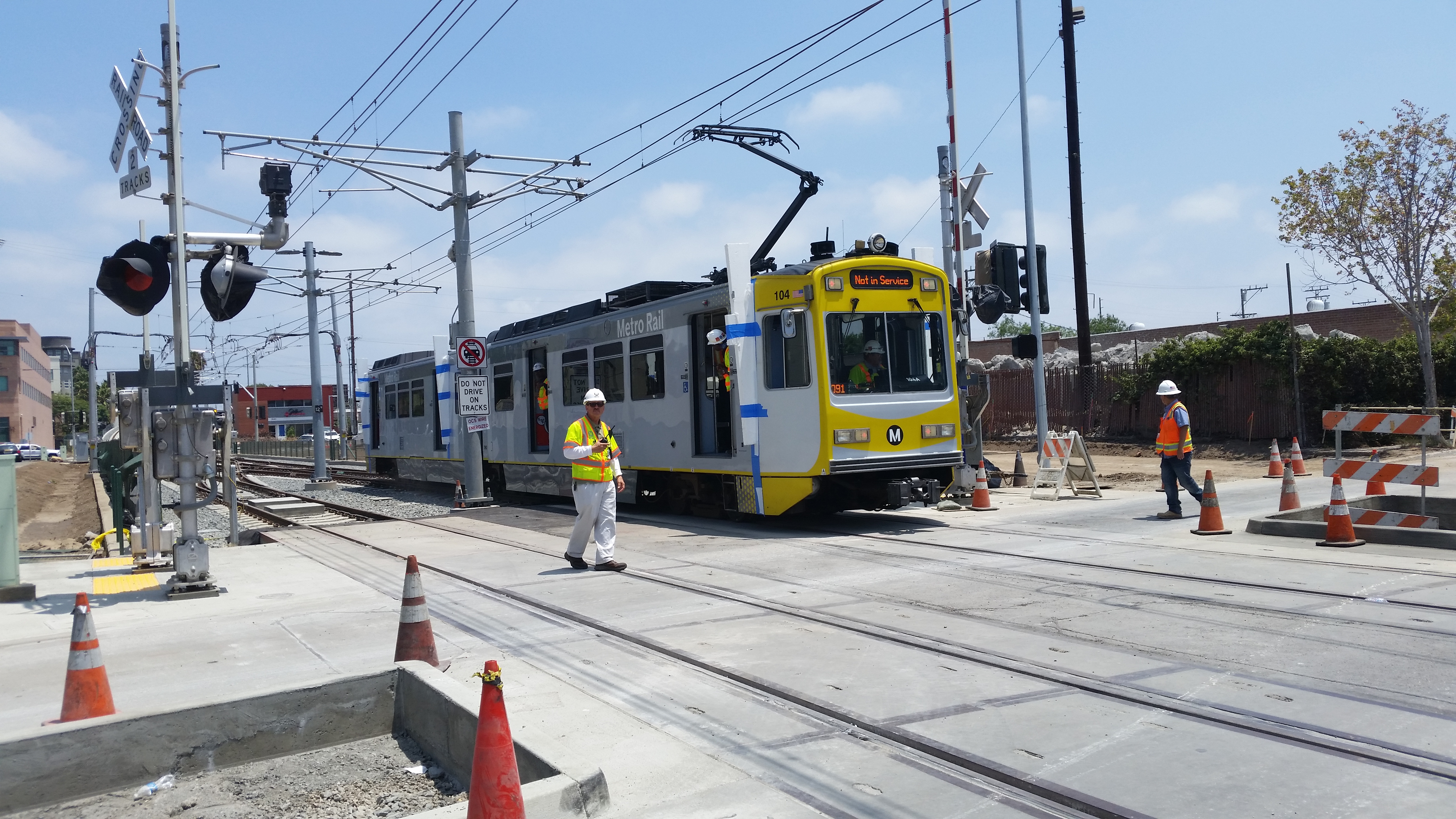 Today, in Santa Monica, Metro began testing Expo Line trains running under their own power, though we will have to wait until next week before we see trains pulling into the 4th Street station, according to officials.

“Project staff said the eastern portion of the tracks have already undergone testing with a train car pulled by a truck. Those tests verify the integrity of the power system and test clearances,” the Santa Monica Daily Press reports.

According to project officials, a train could be towed all the way to the 4th Street station by next Tuesday. Train testing, under their own power, could be extended to the western terminus later that week if initial testing goes well.

Earlier this month, an electric passenger train crossed Centinela Blvd., officially entering Santa Monica. It’s the first time this has happened since 1953. The train was towed by a truck as part of initial clearance testing, but now the trains are running under their own power.

The first phase of the Expo line, which runs between Downtown Los Angeles and Culver City, has already been in operation for more than three years. 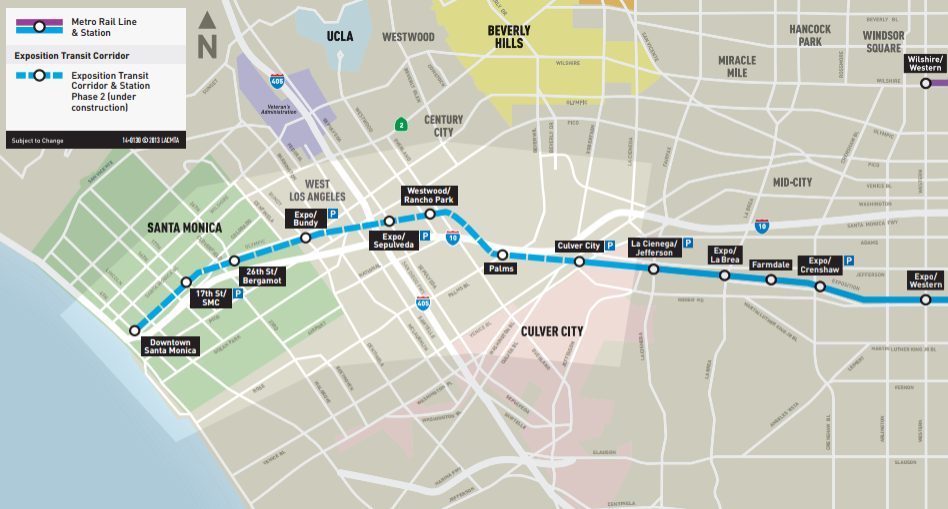 If all goes as planned, Expo Phase II will open in early 2016, connecting Santa Monica to Downtown Los Angeles by passenger train for the first time in more than half a century.

That being said, now is as good a time as any to remember to keep an eye out for trains, as the city wants to subtly remind us:

#SantaMonica TRAIN TESTING IS ABOUT TO BEGIN
Expect train movement at ANY TIME, ON ANY TRACK, AND IN ANY DIRECTION pic.twitter.com/tdJPjC4DbG