Home Arts & Culture Coming Up: Indie Rock at the Pier, More Jazz on the Lawn,... 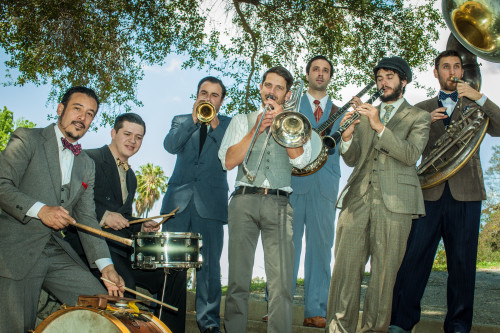 Mark yer calendars, mateys! Summer still has a few weeks left, so let’s make sure these days are packed. This week, the Twilight Pier Concert offers up some indie rock, Jazz on the Lawn returns to Stewart Park, Picnic on the Promenade wraps up the summer season, and you can support Santa Monica Next at a fun cocktail party.

Ariel Pink and the Mynabirds play the Pier

This week’s Twilight Pier Concert offers some indie rock sounds, first with Ariel Pink, known for “his musical eclecticism, influenced by 1980s cassette culture,” according to the Pier’s website. Here’s a taste of his musical stylings.

Sharing the stage with Ariel Pink are the Mynabirds, whose 2010 debut album, What We Lose in the Fire We Gain in the Flood, is described as “a masterful collection of indie-pop songwriting channeling the emotion of old soul, gospel and classic rock, with echoes of Dusty Springfield, Carole King, and Neil Young,” on the Pier website.

Here’s what you can expect from the Mynabirds.

When: Thursday, August 20 at 7 p.m.
Where: Santa Monica Pier

Jazz on the Lawn is Back

This Sunday at Stewart Park is the penultimate Jazz on the Lawn performance of the summer, featuring the California Feetwarmers.

“This large and eclectic group plays music from the 1920s and carries on the tradition of Sidney Bechet and his New Orleans Feetwarmers and Duke Ellington and his Harlem Footwarmers,” according to the city’s website.

As at every Jazz on the Lawn event, there will be food trucks aplenty. This week’s culinary lineup will feature Tokyo Doggy Style, Hungry Nomad, and The Pudding Truck.

Sunday’s performance will be the second to last of the summer, so if you haven’t made it to one yet, be sure to check it out.

One Last Picnic on the Promenade

Downtown Santa Monica Inc. will round it its summer Picnic on the Promenade series this Friday. Grab your lunch and head to DTSM Inc.’s impromptu picnic spot on the Third Street Promenade at Arizona Avenue from noon to 3 p.m.

This week’s picnic will feature the Santa Monica Symphony Orchestra.

When: Friday, August 21 from noon to 3 p.m.
Where: Third Street Promenade and Arizona Avenue

If you haven’t heard, we’re having a cocktail party this Saturday to raise money to support Santa Monica Next. If you like what we do and like food and drinks, get your ticket today. We appreciate all your help in making this publication work.

When: Saturday, August 22 from 5 to 7 p.m.
Where: Address provided upon RSVP