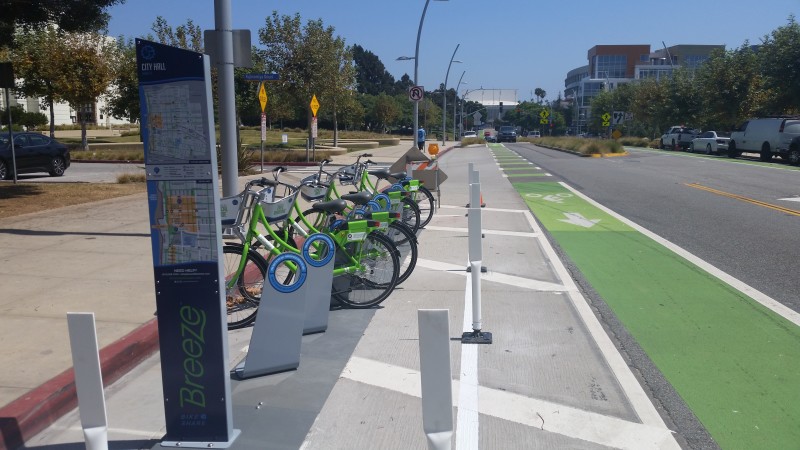 Los Angeles County’s first public bike-share system has begun testing this week in Santa Monica. Seven test hubs with a total of 31 bikes have been set up around the city. CycleHop, the company running the system, has recruited about 80 founding members as test users* to try out the bikes over the next month.

The test run, which started on August 13, will run until September 13. The full 500-bike, 80-station system is on schedule to go live in November. CycleHop is still accepting test riders through August 31. If you have already purchased a founding membership and are interested in being a test rider, email outreach@breezebikeshare.com.

Here’s a map of the seven test hubs. 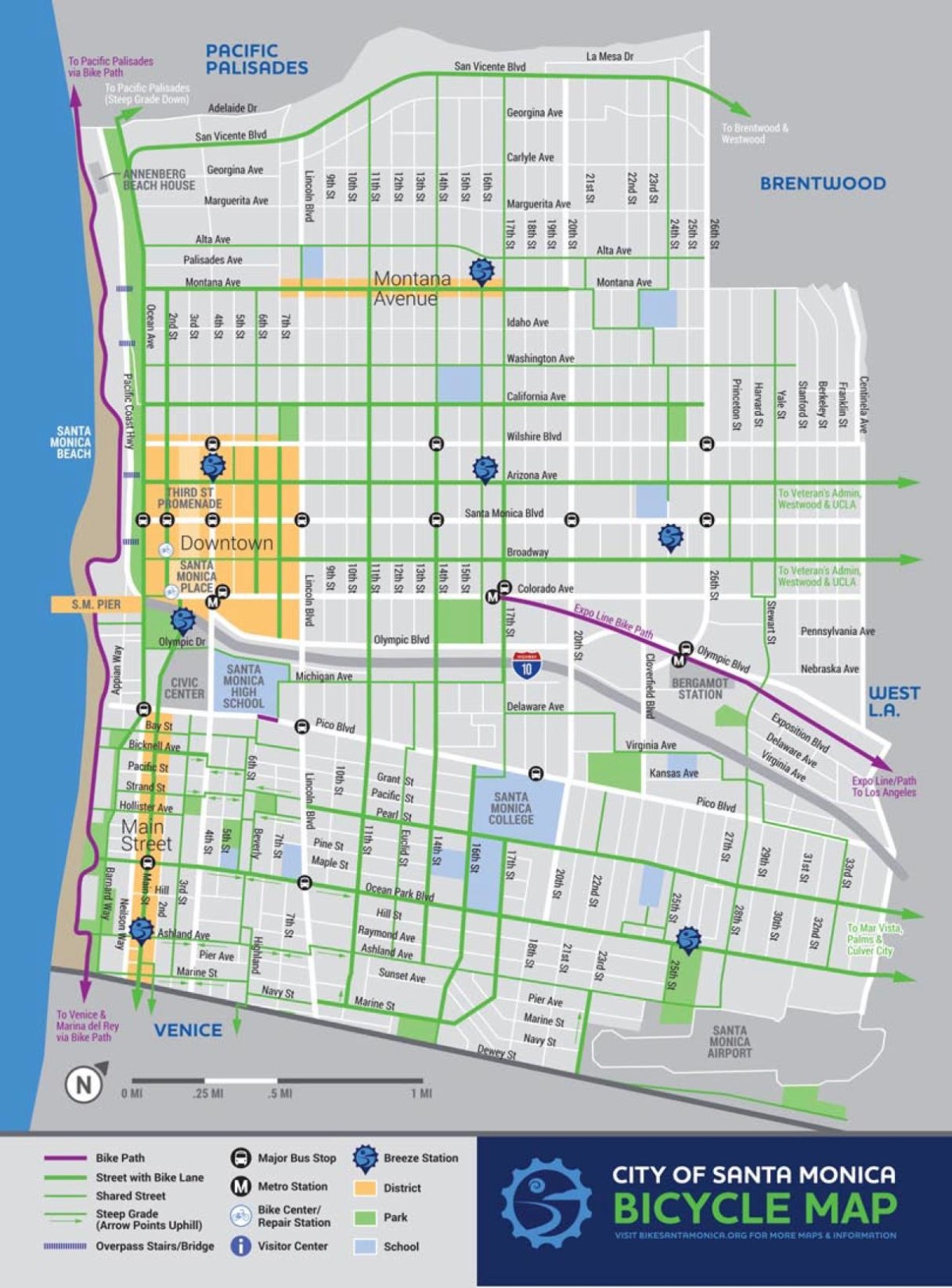 They are located near the city’s major bike routes. There’s one at City Hall, one at 4th Street and Arizona, and another at Broadway and Cloverfield. There are two on 16th Street, at Arizona Avenue and at Montana Avenue.

There is also one on Main Street and Ashland Avenue, near the Venice border, and another at Cloverfield Park.

Since the Breeze is a “smart-bike” system, all the technology is located on the bike, which means it does not require a docking station to be locked up.

As a result, you may see Breeze bikes tethered at various locations throughout the city where there is no designated hub.

You may even see CycleHop’s all electric redistribution vehicle, the first of its kind in the U.S. bike-share world. The vehicle is used for rebalancing the distribution of bikes should one area end up with too many or too few bikes.

Once the full system is up and running, locking a bike outside of a hub area (within a 100 feet) will result in a $2 fee.

Returning a bike to a hub area can get you a $1 credit, though.

The system service area will cover all of Santa Monica and will extend into Venice, where Breeze will have two docks. Parking a bike out of the service area, however, will mean a $20 charge, since it takes a lot more time and energy to fetch bikes outside of the service area.

Breeze is on track to be the first public bike-share system up and running in L.A. County. In 2016, Metro is scheduled to implement its bike-share system in downtown L.A. After Santa Monica tapped “smart bike” CycleHop as Breeze’s operator in November last year, Metro greenlit a “smart dock” bike-share system, run by vendor Bicycle Transportation Systems. The two systems are incompatible; it will not be possible to check out a bike in Santa Monica and return it to a kiosk in L.A.

Are you one of the test riders? Have you seen the test hubs in your neighborhood or people riding Breeze bikes on your street? Share your Breeze experience and pictures with us in the comments or on social media: @SaMoNext or Facebook.com/SantaMonicaNext (#SayBreeze).

*Full disclosure: the author is one of the test riders.