Home Mobility Metro Bike-Share Transit Integration and Pricing: What Do You Think? 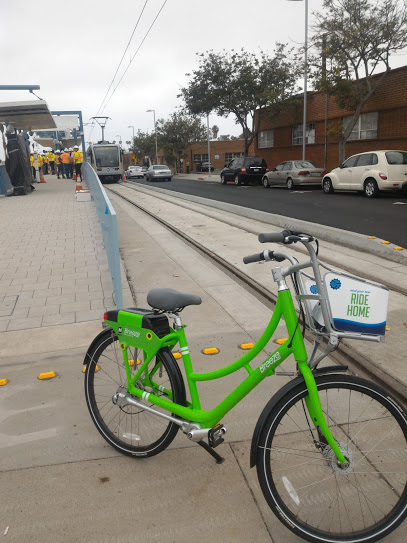 There is a great new report out that shows that bike-share systems really are legitimate, full-fledged transportation facilities. The focus of the report is how bike-share interacts with other transit systems. The report is summarized in this excellent CityLab article. Researchers surveyed bike-share users in both Washington DC and Minneapolis. Bike-share users living in central city areas used transit less, because bike-share trips replace short transit trip in denser core areas. Bike-share users further from the core reported an increase in transit usage, reflecting bike-share’s role in solving the first last mile connection to transit.

Metro boardmembers, Laura Nelson at the L.A. Times, and Yonah Freemark at The Tranport Politic have all made the case that Metro’s regional bike-share system will offer a high level of integration between transit and bike-share. As Freemark puts it:

Though late, L.A.’s proposal could be a model for a new type of bike sharing. Not only will the system be operated by the county transit agency Metro (most systems are operated by city departments of transportation or independent groups), but it could also be tightly integrated into the transit system by allowing people to transfer directly from buses and trains to bikes—definitely a first.

It’s not entirely clear to me how tight integration of transit and bike-share should work.

Integrate TAP fare card with checking out a bike? Maybe.

I do not see TAP integration as a straightforward easy task.

TAP cards expire after a couple years. Anyone can buy a TAP card for a few dollars cash, and then can immediately ride a bus or train… but no bike-share system can allow a user to check out a $1000 bike without a credit card or other guarantee in place in case the bike is lost or stolen. So, there is likely another step that ties a TAP card to a credit card: either adding a step to TAP machine purchasing, or perhaps requiring the user to use a smart phone to link a TAP card with a credit card. Anything that makes purchasing a TAP card take one screen longer should be a non-starter for anyone who has missed a train while waiting in line to buy a card at a Metro station TAP machine.

I do not mean to say that no fare-payment integration should ever occur. Only that, in my opinion, it is something that might be addressed in future phases. Maybe integration can be prioritized when some TAP cards go away and riders can just tap their phones for fare.

I am curious to hear how and when SBLA [and Santa Monica Next] readers think that Metro should integrate bike-share and transit.

The other bike-share issue being batted around on the interwebs is bike-share pricing structures. Santa Monica approved bike-share pricing that does not include an unlimited annual pass. San Diego’s new bike-share system has been criticized for being too targeted toward beach tourists. The only pricing I’ve personally used was a NYC unlimited annual pass, which I think really encouraged a lot of short spontaneous trips, but the NYC system has also experienced cash-flow issues and raised its prices, throwing into question its funding model.

I think that some of the pricing boils down to the goals of the program. All transportation modes are “subsidized,” from the 405 freeway, to transit, to bike-share. Are the benefits of bike-share big enough for the public to pay for its operations similar to other modes? Does unlimited use pricing mean more bikes on the streets, more safety in numbers? Should Metro see bike-share as a loss leader that gets people on transit – like, say, a half-billion dollars worth of free parking? But that’s another story.

Again, readers, what do you think? Anyone aware of other bike-share pricing models that are working well?