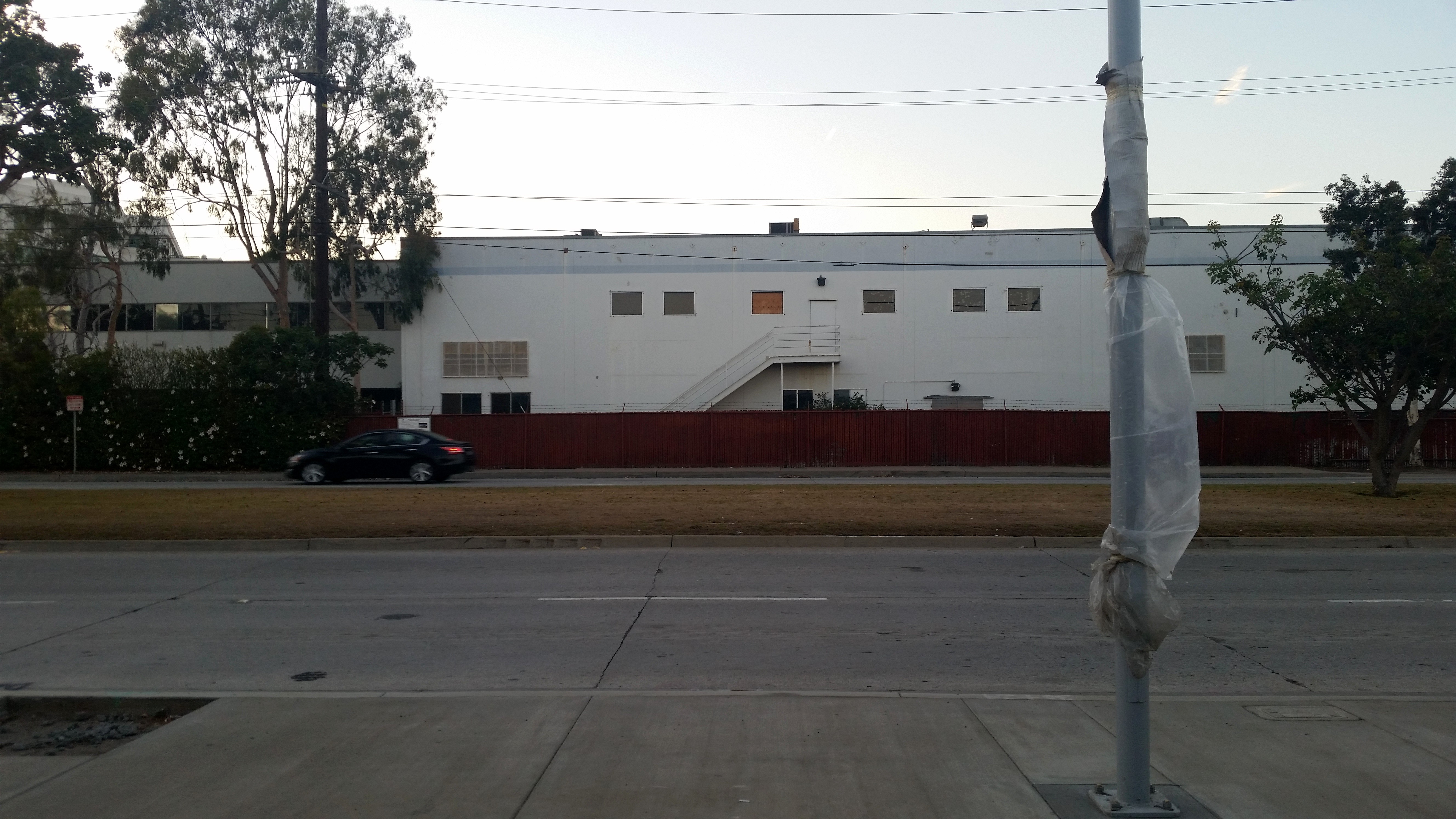 The Bergamot Transit Village saga is likely to end this week with a whimper as plans to turn the seven-acre site, once slated to become a mixed-use neighborhood across from the Expo Line 26th Street station, into a suburban-style office park continue to move forward.

The new plans, which the Architectural Review Board (ARB) will consider today, call for simply reoccupying the abandoned Papermate factory as office space as well as adding an additional 7,400 square feet to the existing buildings, bringing the total amount of office space to 204,000 square feet.

The plans will also add a one-story subterranean parking structure to the site, according the city’s website. It is still unclear if Clarion will add a sidewalk on the south side — facing the Expo Metro Rail station — of the parcel where there currently isn’t one. It also looks as though the new plans won’t  be breaking up the superblock on which the former Papermate factory sits.

The plans have already been approved, as the current project is within zoning standards and the applicant can go forward by-right. The ARB will only be considering design elements of the project. According to the staff report, city officials have problems with two elements of the project: the proposed color scheme the owner is proposing for the outside of the building and a request to plant a 12-foot hedge along the south side of the building, which faces the Expo light rail station at 26th Street. Currently, there is a chain like, barbed-wire fence along the property’s south perimeter.

“The existing chain link fence will remain, with the exception of required gates for emergency personnel, because any new fence or wall cannot exceed 42-inches in height, as required by the Bergamot Area Plan,” according to the staff report.

The property’s current owners, Clarion, purchased the property from Hines after no-growth advocates successfully scuttled Hines’ plans to build a mixed-use, mixed-income neighborhood on the parcel.

Hines’ plans would have created more than 400 apartments — including about 50 subsidized affordable units — and about 400,000 square feet of new offices directly across the street from the future Expo light rail station at 26th Street and Olympic Boulevard. The new community would have also had the city’s most aggressive traffic demand management (TDM) program.

Still, no-growthers demanded the project’s narrow approval by the city council in February 2014 be overturned. Director of MoveLA Denny Zane, a former Santa Monica mayor and current co-chair of Santa Monicans for Renters’ Rights (SMRR), joined forces with local no-growth groups like Residocracy and Santa Monica Coalition for a Livable City, to kill the project.

After a successful referendum drive, the battle-cry of which was “Stop Traffic,” the City Council opted to rescind approval of the original project rather than let it go to the ballot. Of course, since the by-right project will be adding parking to the site, it’s likely to increase vehicle traffic anyway, since availability of parking is one of the biggest driver of car trips.

As a result of the referendum, supporters of which claimed would force Hines to return with a better project, Santa Monica lost out on the much needed housing and other community benefits, including about $30 million in funding for child care and education, a public road to break up the parcel, some 50 units of subsidized housing, and a sidewalk along Olympic, among other things.