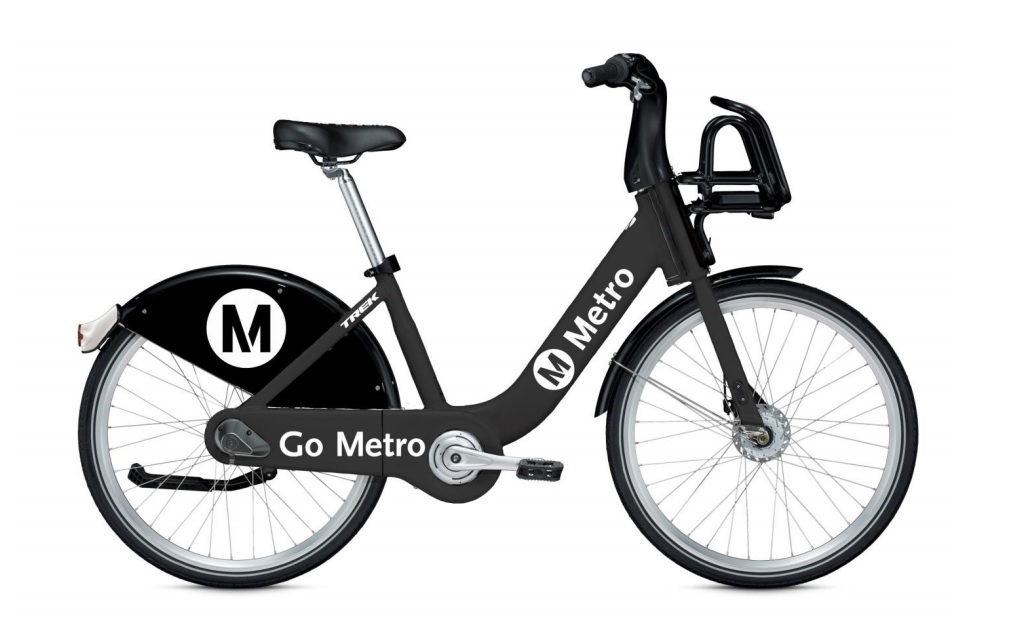 A few new bike-share details emerged at yesterday’s Metro Planning and Programming committee meeting. Overall, Metro bike-share is on track to open in downtown Los Angeles with about 1000 bikes at 60+kiosks.

The bike-share item before the committee was just a receive and file update [PDF], with no action taken.

Metro published a request for proposals for bike-share title sponsorship in July. No sponsors submitted proposals by the late-August deadline, so system implementation is planned to proceed without a title sponsor. Metro staff are arranging for a contract modification to bring their bike-share vendor, Bicycle Transportation Systems (BTS), in to assist with procuring sponsorship. After boardmember Sheila Kuehl stressed the need that a sponsor be “suitable,” Metro staff clarified that BTS would provide technical assistance, but selection of a sponsor would ultimately be up to Metro.

Staff clarified that lack of a title sponsor would not impact the initial roll-out in 2016, but leaves some questions over where continuing Metro funding would come from.

One of the key questions facing Metro is “interoperability.” With Santa Monica opening its Breeze bike-share this year, Metro’s board and others have been pressing to make multiple local systems as easy as possible for riders to use.

Metro staff reported that they have been meeting with Santa Monica (and other cities moving forward with a similar incompatible system: Long Beach, West Hollywood, and Beverly Hills) regarding interoperability. Metro staff were evasive when asked exactly shape interoperabiltiy will look like. Staff stated that all bike-share system operators are “excited about” accepting Metro TAP cards, but that reciprocal membership and aligned fare structures did not seem likely.

Metro is still coming up with its bike-share fare structure, due to come to the Metro board in November. Staff alluded that Metro’s bike-share fare would “look like transit” and “as affordable as possible.” Boardmember Hilda Solis encouraged pricing bike-share membership with “cushioning” to make sure it is accessible to low income riders.

In a separate agenda item, the committee also approved Metro’s bi-annual Call for Projects, where Metro grants transportation project funding to local municipalities. Included in this year’s Call are funding for bike-share implementation in the cities of Pasadena, Beverly Hills, and West Hollywood.