Home Events Join Us: Observations from an Emerging Bike Culture and Designing the Downtown... 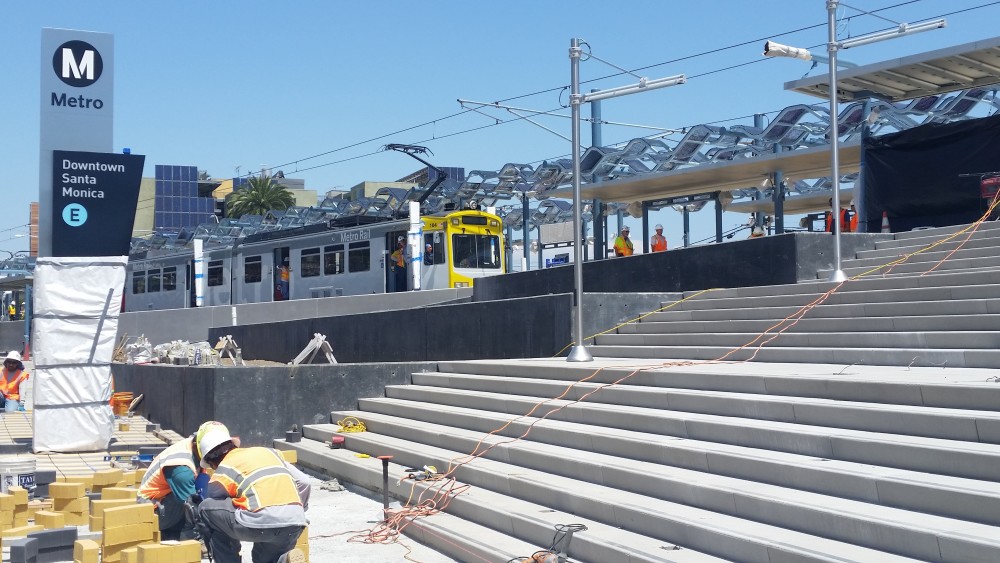 Santa Monica Next and our community partners have two exciting events this month, so make sure you mark your calendar.

On Sunday, October 11, at 5 p.m., join Santa Monica Next and Santa Monica Spoke for food, drinks, and a fun look at the emerging bike culture of Vancouver.

Then, on Thursday, October 22, from 6:30 to 8:30 p.m., join Santa Monica Next, the Santa Monica Jaycees, and Santa Monica Spoke for a chance to chat with city officials over food and drinks about all the exciting plans in store for Downtown Santa Monica, the city’s most happening neighborhood. Both events will be in the courtyard of the Comma Building at 1640 5th Street.

Observations from an emerging bike culture

If you haven’t already, RSVP for this Sunday’s free event (October 11) today! Santa Monica Next and Santa Monica Spoke are hosting Modacity’s Melissa and Chris Bruntlett, who are in town for the New Urbanism Film Festival. The Vancouver residents will tell the inspiring story of their city’s transformation into a multi-modal urban environment via words, images, and films. They will also share ideas and lessons Angelenos and Santa Monicans can use to help build a bike culture worth bragging to the world about.

Their presentation will include a selection of the Vancouver Cycle Chic films – produced by Chris – which intimately profile a number of Vancouverites who cycle for transportation; demonstrating that riding a bike is a way to be “a part of the city, not apart from the city.”

Come early for a special presentation by Santa Monica city officials about Breeze Bike Share — scheduled to launch in full next month — and an update on the city’s award-winning bike action plan.

Designing The Downtown We All Deserve

Downtown Santa Monica is many things to many people. It is a tech hub, the gateway to the beach and the historic Santa Monica Pier, a place where people come to play and to work, and a place thousands call home. It has some of the city’s best restaurants, bars, and fun hot spots. It’s a place where people come together to innovate and to recreate, to meet new friends and hang out with old ones.

Santa Monica is in the middle of a once-in-a-lifetime chance to reimagine its most thriving neighborhood: Downtown. Expo light rail is expected to open to the public in about six months, connecting Downtown Santa Monica to Culver City, USC, L.A. Trade Tech, Downtown Los Angeles, and other parts of the region, for the first time in more than half a century.

Join Santa Monica Next, the Santa Monica Jaycees, and Santa Monica Spoke on Thursday, October 22, from 6:30 to 8:30 p.m. for a chance to chat with city planners over food and drinks about the city’s exciting vision for the multi-modal Downtown of the future called the Downtown Specific Plan.

“The Downtown Specific Plan is designed to ensure our incredibly dynamic Downtown continues to evolve as the city’s ‘living room’ through improvements that add to the quality and charm of the district,” said Travis Page, senior planner at the city. Page will be at the October 22 event to talk about all that’s going on with the Downtown Specific Plan.

“The Plan seeks to harness energy and interest in the area and guide private and public investment in a smart, paced, and measured manner to ensure new opportunities are available for our growing population,” he said. “These include: new housing and job opportunities, an expanded open space network that includes urban spaces for people to gather, and cultural venues and public art that add to the allure and excitement of  Downtown Santa Monica – making it the Downtown we all deserve.”