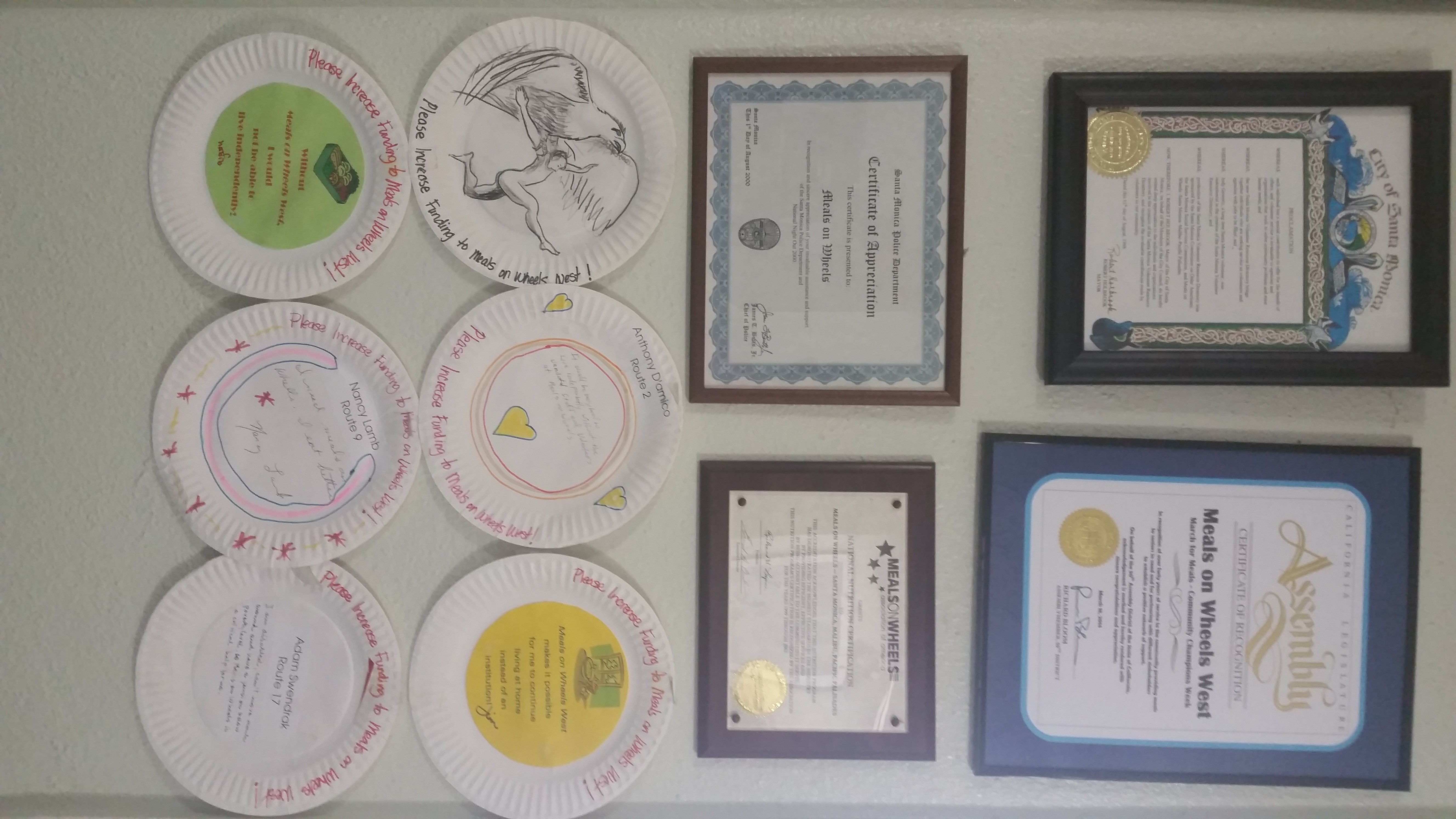 Meals on Wheels West’s primary mission is to deliver food to people who are homebound, whether due to age, physical disability, or for mental health issues, but in reality, the local nonprofit does much, much more.

Santa Monica Next sat down with Chris Baca, Meals on Wheels West’s executive director, at the nonprofit’s headquarters in the Pico Neighborhood.

“Our slogan is ‘delivering more than a meal,’” he said. “Our clients rely on us to do what is called a wellness check. We deliver five days a week.”

He recounted a story about a volunteer who visited an older client. The volunteer immediately sensed something was wrong when she entered the client’s home. It turned out the client had just begun to have a minor stroke; the volunteer sprang into action and got the client the help she needed.

That volunteer saved her life, said Baca. For a lot of Meals on Wheels West’s 400 clients in Santa Monica and other communities on the Westside, the visit from a volunteer might be the only interaction they have with another person that day. For that particular client, who had begun to have a mild stroke, the visit might have meant the difference between life and death.

With the population in Santa Monica and on the Westside aging, the services provided by Meals on Wheels West are increasingly in demand, said Baca. In fact, last year, the nonprofit saw a 27 percent increase in the number of meals served.

“We serve people of all ages and all incomes,” he said. “Over 40 percent of our clients are extremely low income.”

On Thursday, October 29, Meals on Wheels West will hold its annual Monster Bash to celebrate its volunteers, clients, and to help raise money to continue serving its growing client base.

It takes just under $900,000 a year to make sure that Meals on Wheels West’s clients get the services they rely on. While the Meals on Wheels brand is national, Baca said, each chapter operates as its own separate nonprofit and is responsible for its own fundraising.

At the annual Monster Bash, Baca hopes to bring in a net gain of more than $20,000. Partners like the Fairmont Miramar, Loews, Morley Builders, Google, Shutters, and the city of Santa Monica to name only a few, help with other costs, events, and supplies. Individual donations, both fiscal and time, also help.

“Our situation now, with this 27 percent increase in the number of meals we served last year, we’re going to need more income to cover those,” he said. “And in the first quarter of this fiscal year, we’re up another 26 percent. We anticipate we’ll double the amount of meals served” compared to two years ago.

Some clients are homebound due to age while others may have a physical disability that makes leaving the house difficult. Meals on Wheels West also partners with Saint John’s Medical Center, UCLA, and Kaiser Permanente for the “Heal Healthy at Home” program which makes sure that people recently discharged from the hospital, especially if they may not be able to cook for themselves, get food delivered. Meals on Wheels West also works with the local West L.A. Veterans’ Administration and the Salvation Army to deliver meals to people who were formerly experiencing homelessness.

Baca recounted another story in which a volunteer discovered a client was using his delivered food to feed his pet because he couldn’t afford pet food. Out of that revelation came Miss Lilly’s Pet & Vet Program, which helps feed and take care of client’s pets.

“There is an aging population in Santa Monica and nationally, so as people they age and become mobility-restricted, they need services,” Baca said.

Additionally, he said, according to the U.S. Census Bureau, 5.9 percent in Santa Monicans under the age of 65 suffer from a disability.

As the need for Meals on Wheels West’s service continues to increase, how can people help?

“Santa Monica suffers from hidden hunger because many of our clients are disabled. They aren’t out on the street asking for food, but they may need the food,” he said. So we ask people to refer clients, if they know someone who needs these services. Also, people can volunteer and donate on the website.

As for this Thursday’s upcoming celebration? “Come out and celebrate what we do at the Monster Bash,” he said. Tickets are available on the website. They can also be purchased by calling (310) 394-5133.