This article first appeared in the Healthy City Local. Click on the links for parts one, two, and three.

One question people keeping asking about the firing of Elizabeth Riel is why the City Council agreed to pay so much to settle her claim: $710,000, more than four times what would have been her annual salary. Don’t expect a definitive answer, since the council can make decisions about litigation in closed session, but the record gives a reasonable basis for trying to understand what the thinking was.

While the cost of litigation and similar factors can have an impact on settlement negotiations, given that the settlement would undoubtedly be embarrassing, which it was, it’s likely that the City agreed to pay Riel all that money only because her case was strong and a verdict could have cost far more than $710,000. No doubt the issue was punitive damages. Riel’s claim was for wrongful termination based on her being fired in violation of her First Amendment rights. That would be a violation of public policy, and terminating a job in violation of public policy, or in any way violating an employee’s constitutional rights, can leave the employer at risk of paying substantial punitive damages.

City Council and its lawyers didn’t need to guess whether Riel had a good case. Federal District Court Judge Beverly Reid O’Connell made that abundantly clear in her ruling in September 2014 denying the City’s motion to dismiss Riel’s complaint. Judge O’Connell acknowledged that government employers may in appropriate circumstances limit employees’ First Amendment rights, but in explaining what the standards were for keeping politics out of public employment she in effect told the City that its defenses were limited.

Judge O’Connell held that Riel, as plaintiff, would first have to prove three things: that she suffered an adverse employment action; that she had engaged in constitutionally protected speech; and that her protected speech motivated the adverse employment action. Once Riel would have proved these three factors (which would, in fact, be easy for her to do), she would establish a prima faciecase for wrongful termination. At that point the burden of proof would shift to the City, which would have to prove that its legitimate administrative interests outweighed Riel’s First Amendment rights.

In other words, there’s a balancing test, in fact one so well established that it has a name: the Pickering test. According to Judge O’Connell, the “balancing test recognizes that government entities have broader discretion to restrict a public employee’s speech than a citizen’s; nevertheless, any restrictions must be directed at speech that has some potential to affect the entity’s operations.” (Internal quotation marks, some punctuation, and citations omitted.) The public employer, however, cannot simply declare that its administrative interests outweigh the employee’s rights: the administrative interests at stake cannot bespeculative. This is where Santa Monica got into trouble in the Riel case.

To step back for a moment, the job Riel was hired for, communications director in the City Manager’s office, requires interfacing directly with all the elected members of the City Council. It is a politically sensitive job, and the City should be able to require whoever holds the job to stay out of local politics. (One way we know this is that when Councilmember Kevin McKeown, whose campaign for reelection Riel had worked on in 2006, heard from City Manager Rod Gould that Gould had hired Riel, he immediately told Gould that he still had Riel’s photograph on his website from the 2006 campaign. McKeown asked Gould whether he should remove it; McKeown quite properly did not want anyone to think that Riel was partisan.)

So you ask, if the job was politically sensitive, why didn’t the City take the case to trial to show that, and to argue that Riel should have been disqualified because of her past partisanship? The answer to that question is also in Judge O’Connell’s ruling. Even if the job required political neutrality, the judge emphasized that the City still had the burden to prove, with evidence, that Riel herself couldn’t do the job: “[t]he allegation that [Riel] would not support, or at least would appear unable to support, the City’s leadership and management is speculative.” Riel had assured Gould that she could do the job; he couldn’t simply declare that she couldn’t.

Perhaps if when the City had advertised the job the notice had specifically stated that applicants had to be non-partisan, and had spelled out the reasons why, then the City would have been able to prevail. But the City hadn’t done that. Riel, who, based on her deposition testimony, no longer considered herself to be political (it had been six years since she had been politically active in Santa Monica), applied for the job and got it on her merits. Establishing criteria for a job in advance and summarily firing someone before she could prove herself are two different things.

I can only assume that after reviewing the evidence unearthed during the discovery phase that followed Judge O’Connell’s ruling (i.e., the emails and the deposition testimony), the City’s lawyers concluded that they could not prove that Gould when he fired Riel had real evidence that she could not do the job, and advised the City to make the best deal it could. 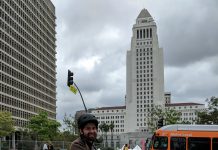 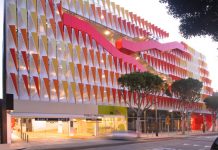 Riel Politics: the Firing of Elizabeth Riel, A Chronology