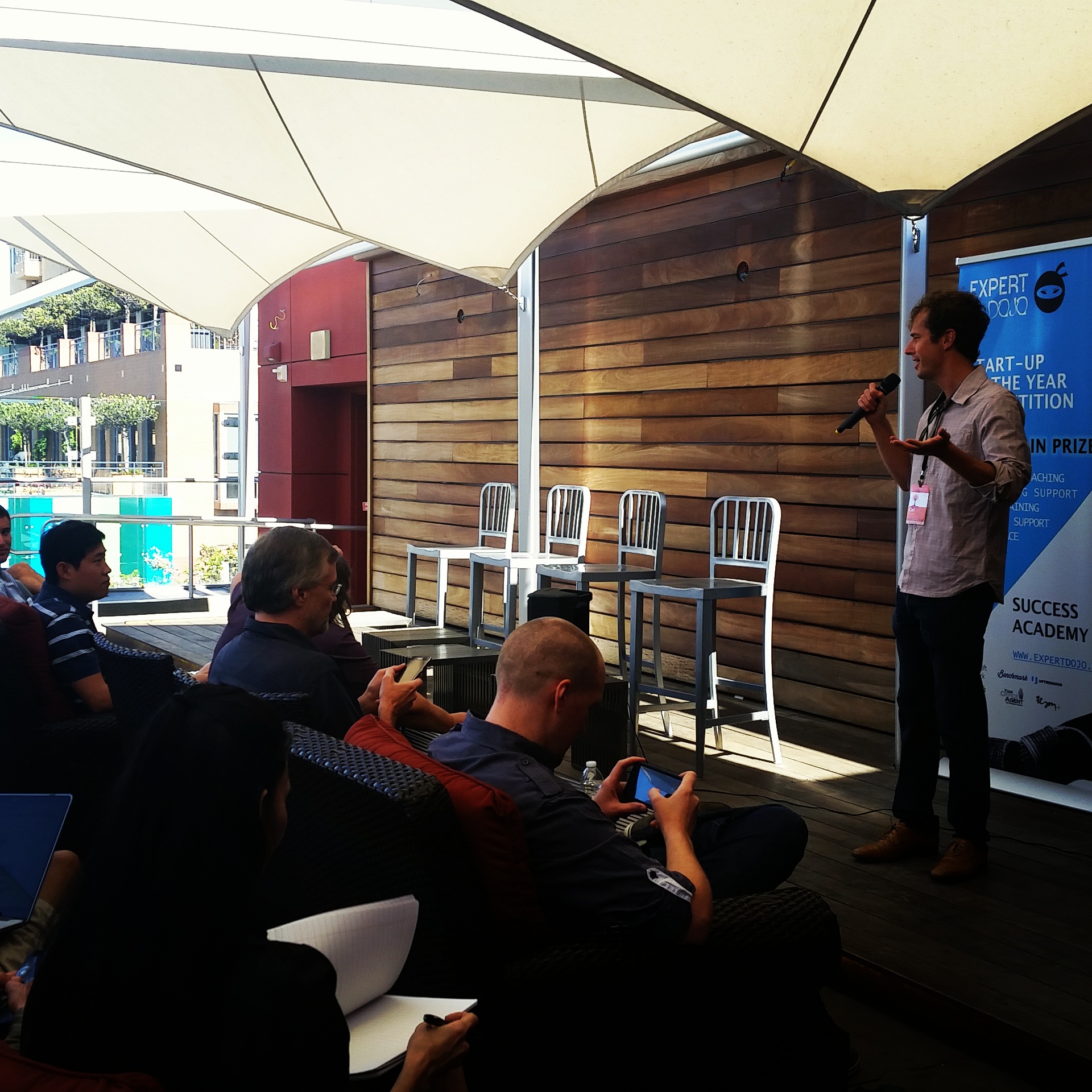 What if your phone told not only when your next bus was coming, but also how full it was? Or, if there were spaces available on its bike rack?

What if, when you moved to Santa Monica, you were automatically signed up for a library card that linked you to all other sorts of municipal services?

These were just some of the ideas that came out of the brainstorming session on the second day of Hack the Beach, a four-month long contest sponsored by the city of Santa Monica, the Chamber of Commerce, and a variety of local tech companies, to tap the brainpower of Silicon Beach to find 21st century solutions to issues facing Santa Monica..

Dozens of city officials, entrepreneurs, and local activists had gathered last Friday morning at Expert Dojo, a coworking space, on the third floor of the Santa Monica Place to start the work of innovating around civic engagement, mobility, and community in earnest.

“There isn’t the interactivity that people expect in other parts of their lives. We can innovate in Santa Monica and we are uniquely situated to that,” he said.

Last Friday’s gathering at Expert Dojo followed a happy hour kickoff at nearby General Assembly, a tech-focused education institution. While the mood at the happy hour event was festive, Friday’s gathering at Expert Dojo was more a brainstorming session where tech entrepreneurs could bounce ideas off city staff about what the city’s needs were and how technological innovation could meet those needs.

“Santa Monica has a tremendous amount of services,” said Julie Rusk, Santa Monica’s director of community and cultural services. “It’s about making the connections” between the service providers and the people who use the services, she said.

Rusk was one of at least a dozen city officials to lead group brainstorming sessions with attendees.

“The city is really looking for a tool or idea to help bridge the gap between the community and the city, particularly with those that currently are not actively engaged, with an emphasis on using technology as a platform to reach people in their busy lives,” Lee said in an email to Santa Monica Next following the event.

“We strive to foster active, meaningful dialogue with our residents about city issues, programs, and policies. It’s important to have thoughtful consideration about the role of local government, its abilities as well as limitations and develop tools and ideas that will help streamline processes, find efficiencies and ultimately, be a tool or idea that people will integrate into their lives,” she said.

Lowenthal wants to see that success replicated with the other data sets Big Blue Bus has available.

Or, she said, if you are someone who rides your bike to the bus stop, you might want to be able to check if the coming bus as room on its bike rack.

Access to that information gives customers the “flexibility and freedom to make choices,” she said.

Overall, officials are pleased that the Hack the Beach contest is off to a strong start.

“There was lots of really great discussions,” Behreng Abadi, web development division manager for the city, wrote in an email to Santa Monica Next on Wednesday.

“In particular, we had some pragmatic solutions being discussed during Friday’s meeting. Some of these were ideas that made you think to yourself ‘Why aren’t we doing this already?’ It is my hope that the folks who had these ideas follow through with an application and show us what they’ve got,” he said.

For more information about the contest, including future events and how to apply, visit hackthebeach.com.