Home Housing Support Our Bid for an LA2050 Grant and Help Us Make LA... 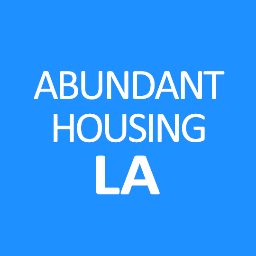 To earn the grant, we either need to win a popular vote or be selected by the Goldhirsch Foundation Board. Either way, your vote is important. You can vote once per category, so just because you support another #LA2050 proposal does not necessarily mean you can’t support our proposal as well.

Los Angeles has earned the dubious distinction of being one of the most expensive places to rent in the country, eroding the diversity that has made this one of the great places to live.

For decades, we haven’t been building enough housing to keep pace with a growing population. This well-documented housing shortage means that increasingly middle- and lower-income households are finding themselves priced out of once-affordable neighborhoods, having to commute farther distances just to get to work, or having to leave the state altogether.

More housing at all levels of affordability will allow current residents to remain here while making room for newcomers and future generations to make their homes here.

Santa Monica Next and partners is competing for LA2050 grant funding to get the word out about how housing, affordability, and livability interact. We need your online vote today. If we win, we hope to educate and mobilize new voices to speak up for new housing in a debate too often dominated by misinformation and fear of change. Through community organizing, online tools, and media coverage, we want to empower those burdened by high housing costs to become informed, attend hearings, submit comments and champion the construction of more places to live.

Not only can abundant housing help stabilize the cost of living for all throughout the region, housing in transit-rich walkable bikeable neighborhoods can help take cars off the road, reinvigorate our streets as public spaces, and allow people to live in an overall more sustainable way than decades of auto-oriented and sprawl planning have.

An influx of new voices demanding more housing can help expand housing options for everyone.