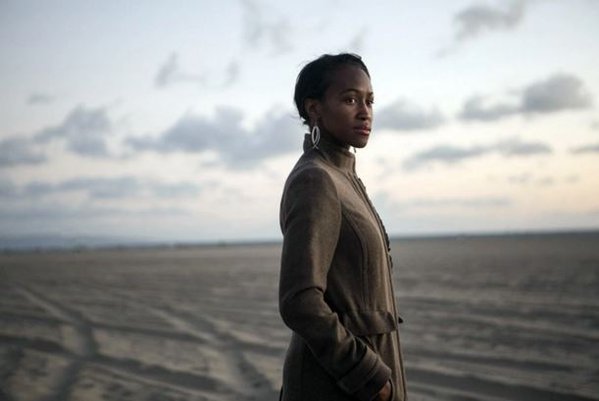 Editor’s note: This article has been updated to include comments from more community leaders.

A first-hand account of a police action that ran in the Washington Post’s Opinion Page on Wednesday has raised questions in Santa Monica about race and law enforcement.

The story, written by Santa Monica resident Fay Wells, describes her encounter in September with the Santa Monica Police Department after a neighbor reported a burglary at her home. In fact, Wells, a young black woman who works as an executive for an unnamed California company, had been locked out of her house and had called a locksmith to let her in, which the neighbor mistook to be a break-in, according to multiple accounts. The Washington Post article contains a recording of the actual 9-1-1 phone call.

Her emotionally-charged retelling of the event, about how more than a dozen police officers showed up to the scene and how she was held at gun point and arrested before it was determined to be her apartment, has been making the rounds. It was featured on LAist and Salon.com, which called the handling of the situation an example of racial discrimination by police, a claim also made by Wells in her story.

And today, the L.A. Times reported that SMPD would be looking into the situation to determine whether the way the situation was handled appropriately.

“As a Black woman born and raised in South-Central Los Angeles, I empathize with Ms. Fay Wells and how the experience made her feel,” Seabrooks said in a statement. “On the other hand, as an experienced law enforcement executive, I understand the Police Department’s response and the need for that response.”

Seabrooks’ statement also included an audio recording of officers interacting with Wells at the scene. The recording appears to begin after officers had determined that Wells lived at the apartment and had not, in fact, been attempting a burglary.

Santa Monica Next reached out to several community leaders for their thoughts on the story.

Councilmember Gleam Davis wrote in an email to Next Wednesday, “The City Council is committed to ensuring justice and equal treatment for all people in Santa Monica. I am confident that the City Manager, the Police Chief and other appropriate personnel will examine the facts surrounding this incident reported in the Washington Post and recommend proactive steps we can take to promote justice and equal treatment in our community.”

Councilmember Terry O’Day echoed her comments. “It sounds like a terrible miscommunication. My hope is that our police are trained to deescalate situations and I trust we will learn more when we take the time to investigate this incident more closely,” he told Next.

“Providing for the public safety is one of our prime responsibilities as a City Council, and it remains our explicit policy that all police-civilian interactions are to be conducted with respect and fairness. When a crime in progress is reported, officers arrive having no way to know exactly what to expect.  Residential burglaries can be extremely dangerous situations if the perpetrators are still on the scene.  The deployment of multiple units is entirely appropriate when it may be necessary to set up a perimeter to contain escape attempts by persons who may be armed,” he wrote.

“All that said, the report by Ms. Wells remains disturbing to me as Mayor, not because I believe our officers responded inappropriately but because the assumptions in the report, and in reactions to the report, indicate how unresolved racial issues remain fifty years after the civil rights movement. My understanding is that at least part of the incident was taped, and that senior staff’s review of that tape indicates no racial aspect to how the unpredictable situation was handled by our officers in the field,” McKeown wrote.

“Investigation into this matter continues. I have not jumped to conclusions, and hope others won’t either. I believe our Chief of Police will have a statement soon, and hope that will further clarify what may have happened. All I feel informed and empowered to say at this point is that the whole situation is unfortunate, and I am very sympathetic to Ms. Wells’ emotional distress,” he wrote.

Trudy Goodwin, a member of the steering committee of the Committee for Racial Justice, wrote: “Ms. Wells’ case makes the third incident this year in which SM police officers have unnecessarily escalated their response when addressing Black residents.  While police officers have every right to protect themselves and others as they carry out their duties, their responses are often brutal and callous when they encounter Blacks.  Even though the caller said the people breaking into Ms. Wells’ residence were Latinos, she was still treated as a suspect. And even when it was clear she lived in the residence the officers remained unsympathetic to the trauma they had created. Ms. Wells has stated to us that she no longer feels safe in Santa Monica and is considering moving. It is a tragedy to lose a community member of such substance.”

Goodwin’s statement continues: “The officers responding to the reported “break-in” at Ms. Wells’ residence in all probability would have reacted differently if it were a young white woman answering the door.  It’s chilling. Yet when members of the Committee for Racial Justice call on SMPD and City Hall to address racial profiling and abuse, the City refuses to take seriously the community’s concerns about racism on the part of law enforcement. We expect more sensitivity from a city that is seen as culturally progressive.”

Seabrooks said she welcomes “the opportunity to engage our community in these all-important conversations.”

As of press time, Santa Monica Next was still awaiting responses from several community members. We will update this article as responses come in.