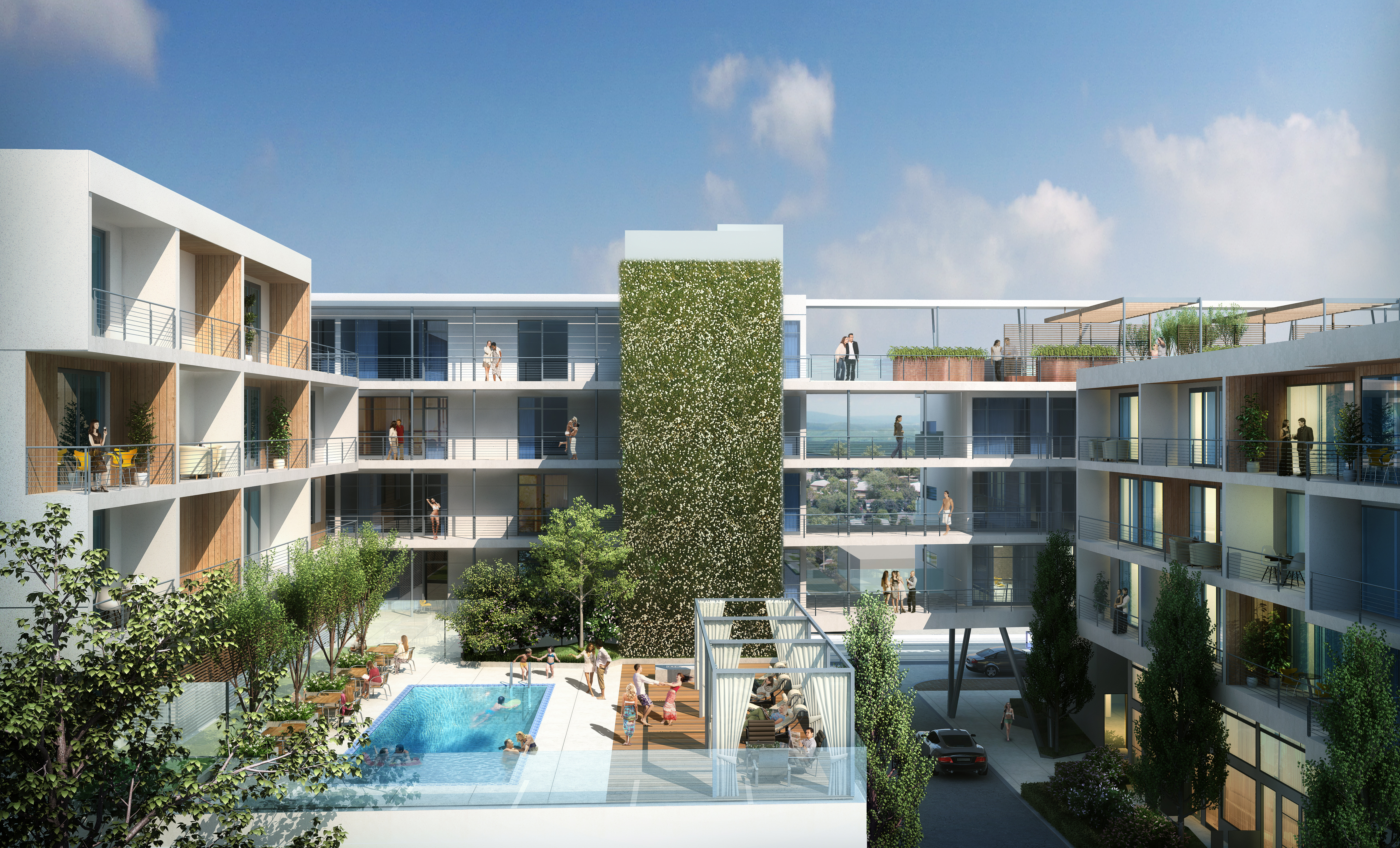 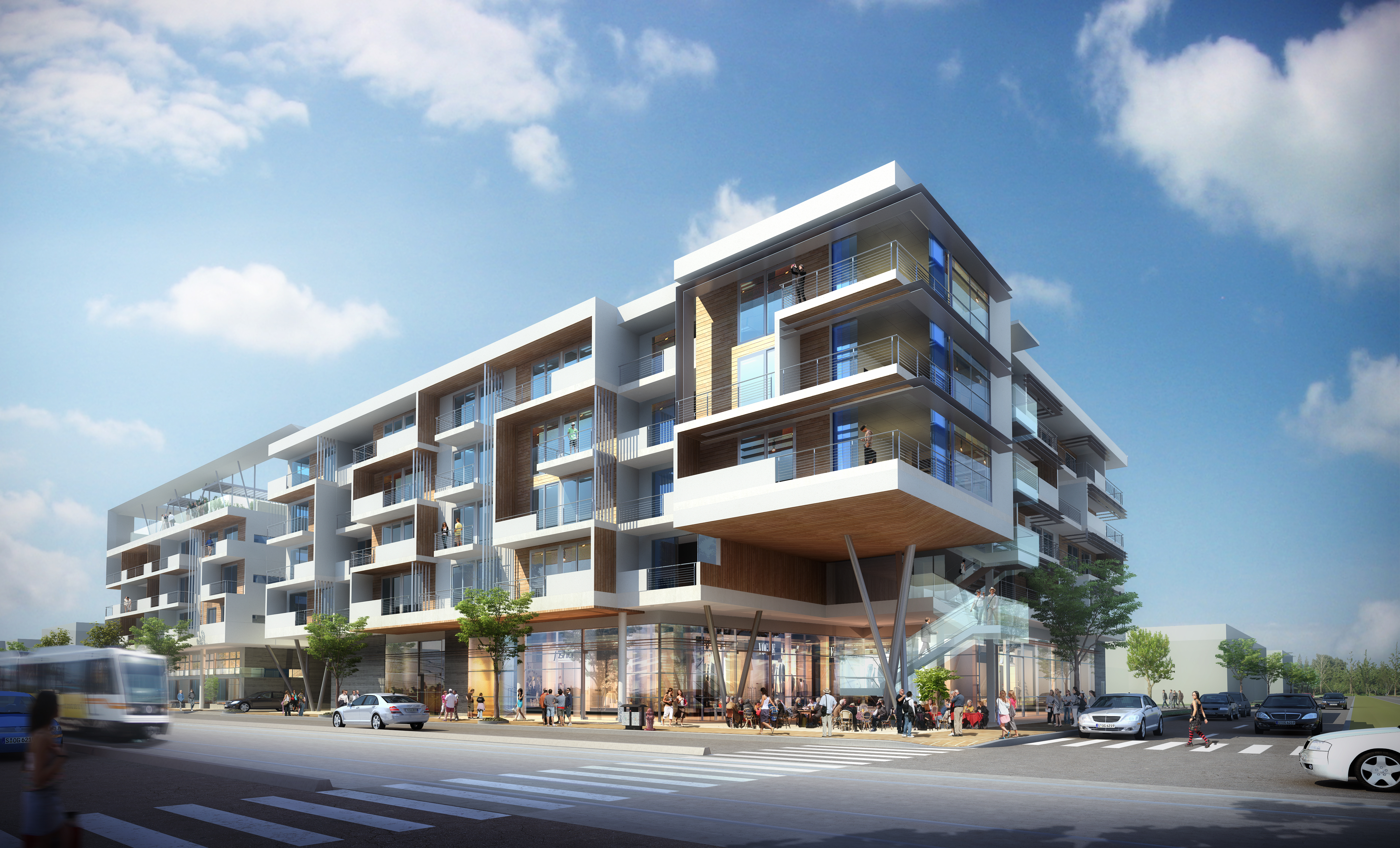 The Santa Monica City Council will consider approving a 4-to-5 story mixed-use apartment building that, if approved, would add 90 new homes — including nine three-bedroom apartments for families — on the former site of Norm’s, about two blocks from the future Downtown Santa Monica Expo light rail station.

The project at 1601 Lincoln Boulevard is designed by local architectural firm Michael Folonis Architects, which supplied the renderings and will set aside 18 apartments to be rented below market-rate to households with qualifying incomes.

Should the project be approved, the 90 new housing units would be a welcome contribution to the city’s housing stock as Santa Monica and the region are in the throes of a historic housing shortage that is driving up the cost of housing, part of a nationwide trend of limiting housing growth through restrictive zoning that White House economists warn is exacerbating economic inequality.

State officials have estimated that L.A. County is in need of at least a million new housing units, especially in coastal areas.

In Santa Monica alone, city officials told the City Council in August that if Santa Monica hopes to retain its current levels of housing affordability, it would have to build 400 to 550 new apartments a year that rented below market-rate. That number was the baseline needed to make up for turnover of rent-controlled units renting at market-rates for the first time since Santa Monica passed its rent control law in 1979. The steady turnover of rent-controlled homes in Santa Monica is due to a state law that went into effect in 1999 that allows apartment owners to raise rents on controlled units once a tenant vacates. While the units remain controlled after a new tenant moves in, the rent is controlled at the new rate.

The 400 to 550 unit estimate only maintains the current levels of affordable housing. Additional market-rate housing is also needed, in part to subsidize affordable housing and to meet market housing demand for people who may make too much money to qualify for income-restricted housing.

Between June 2012 and June 2015, the City Council approved only an estimated 55 new housing units, in part due to the lengthy Zoning Ordinance update process. During that process, largely in response to political pressure from anti-growth activists, the City Council narrowly voted to further restrict options for housing construction along Santa Monica and Wilshire boulevards, two major transit corridors that are primarily occupied by outdated commercial uses.

The 1601 Lincoln project is expected to be one of several to go before the Council for approval before the Downtown Specific Plan (DSP) is officially adopted next June.

As designed, the project is expected to meet a LEED Platinum designation by the US Green Building Council. It includes rooftop photovoltaic solar panels, a plan to use recycled, nonpotable water for landscaping, and a plan to equip 10 percent of the parking spaces for electric vehicle recharging.

The project is planning for 168 underground parking spaces, but as part of a traffic demand management (TDM) program, tenants will be offered a parking cash-out option and the parking will be unbundled from their rent.

The TDM program also includes transportation allowances for employees and residents equivalent to 100 percent of the cost of a monthly regional transit pass, showers and lockers for commercial employees who bike to work, ground level short-term visitor bike parking, long-term resident and commercial bike parking, and active participation in a Transportation Management Association, which would be a city-wide effort, coordinated by city officials in cooperation with local businesses and property owners, to reduce traffic in town. 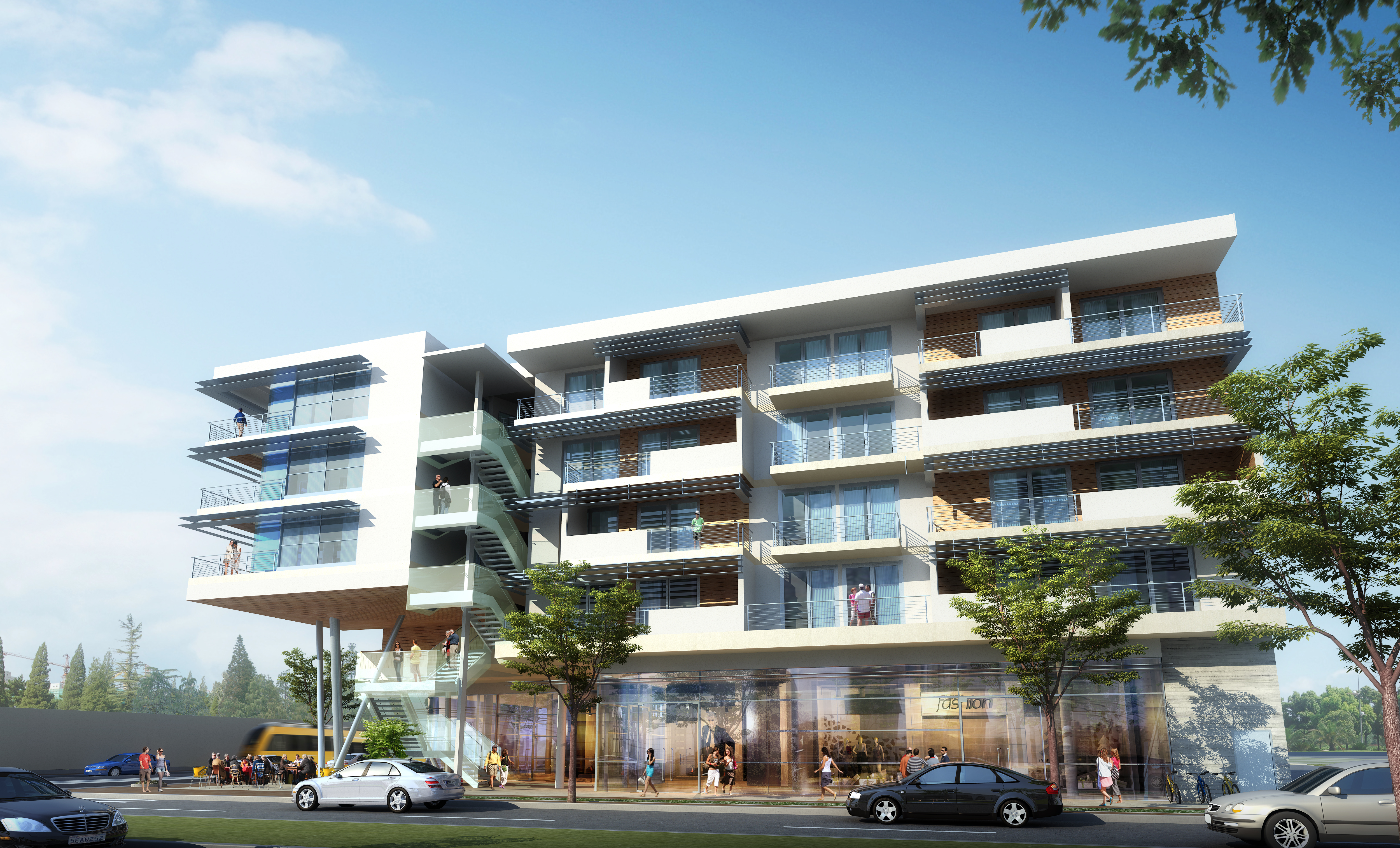 The developer of 1601 Lincoln has proposed an assortment of other community benefits:

The project also includes 10,617 square feet of ground floor commercial/retail space and about 8,000 square feet of communal residential open space, including a roof deck and a 1,203 square-foot outdoor common plaza area on the ground floor. In addition to being within three blocks of the future Expo light rail station at 5th St. and Colorado, the site is also within walking distance of Tongva Park and Ken Genser Square, Reed Park, and Santa Monica High School.