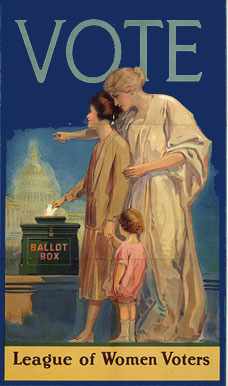 Mark your calendars. This weekend, the League of Women Voters of Santa Monica (LWVSM) is hosting a luncheon with Mayor Tony Vazquez.

On Saturday, February 6 from 11 a.m. to 1 p.m. at the Doubletree Hotel, attendees will have a chance to engage with Santa Monica’s current mayor, the first Latino person appointed to the position in the city’s history.

“Our League is honored to host this opportunity for members of our community to sit down and get to know our new mayor,” said Ann K. Williams, president of the LWVSM. “This kind of in-depth, thoughtful conversation with our local political leaders is a key realization of our mission.”

Vazquez was one of Santa Monica’s representatives at the 2015 Paris climate summit. He was joined by City Councilmember Pam O’Connor and McKeown, who was serving as mayor at the time, at the historic conference.

“[L]uncheon guests will be able to hear about what he learned there. Also, he’ll share his ideas for our city during his tenure as Mayor and answer attendees’ questions,” according to League officials.

“Like the LWVSM’s Holiday Friendraiser in December, at which State Senator Ben Allen chatted with the League’s guests about the latest political issues in Sacramento, this is one of many opportunities the LWVSM offers for detailed, nuanced political conversation,” according to League officials.