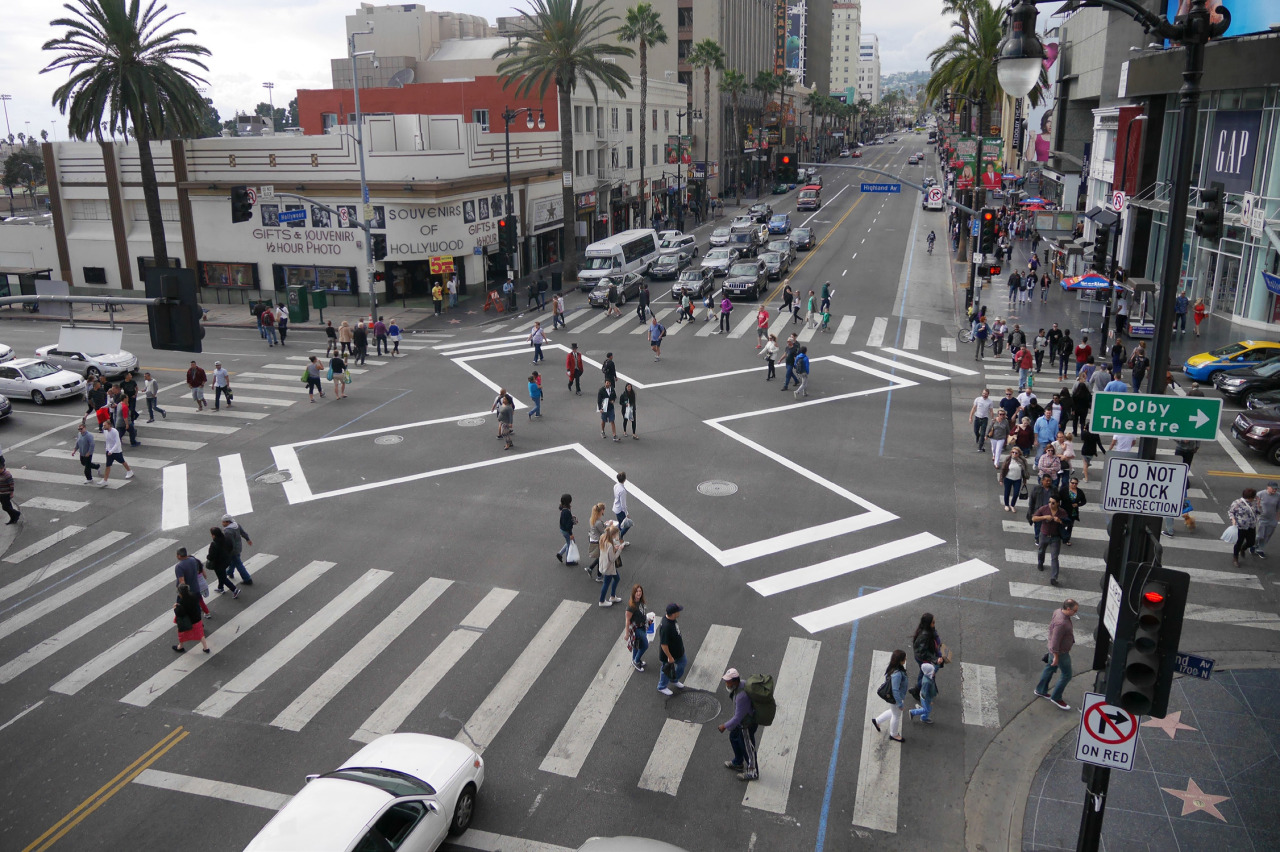 Officials are planning to install pedestrian scrambles at 11 intersections in Santa Monica’s bustling downtown district this year (Update: City officials said that they plan to have the scrambles finished by the end of June).

Pedestrian scrambles, also known as The Barnes Dance, is an intersection which has a “pedestrian only” phase in its signal light cycles, during which vehicles are prohibited from entering the intersection, even for right turns.

During this time, pedestrians are not just limited to crossing east-west or north-south, but can actually cross to the opposite corner by cutting straight through the middle of the street.

The scrambles are being planned in response to community input collected in preparation for Santa Monica’s pedestrian action plan, which was adopted on February 23. The plan prioritizes “Vision Zero,” using education programs and street design to make traffic-related deaths and serious injuries a thing of the past.

Scramble crossings are a step toward safer streets.

“Crossing enhancements were an overwhelming desire of residents to improve the pedestrian experience and safety at intersections,” said Strategic Planning and Transportation Manager Francie Stefan, referring to the the community’s response to outreach for the plan.

“Pedestrian scrambles are being implemented in Downtown as a network along Second and Fourth Streets, where pedestrian volumes are very high,” she said. “The scrambles will reduce potential pedestrian-vehicle conflict points, allowing people to cross comfortably during the pedestrian phase while also enabling vehicles to turn effectively during their signal phase.”

The scrambles are planned primarily along 4th and 2nd streets downtown:

There are also two scrambles planned for Colorado Boulevard at 4th Street (the west end of the Expo light rail station) and another at Ocean Avenue, where the Colorado Esplanade, currently under construction, will meet the Pier.

“Pedestrian scrambles are being implemented as a network, coordinated with the signal timing for the downtown district,” Stefan said. “This enables the network to function optimally, allowing people on all modes access to downtown destinations.”

Santa Monica’s neighbor, Los Angeles, already has a few pedestrian scramble intersections near the college campuses of USC and UCLA. In addition, Pasadena and Beverly Hills have installed scrambles at high-volume intersections.

For those not familiar with pedestrian scrambles, check out the below video by Streetfilms celebrating Los Angeles’ scrambles that was filmed in 2008. The film mostly focuses on the scramble crossings near USC.