Home Mobility Expo Line Phase 2 Set to Open to Santa Monica on May... 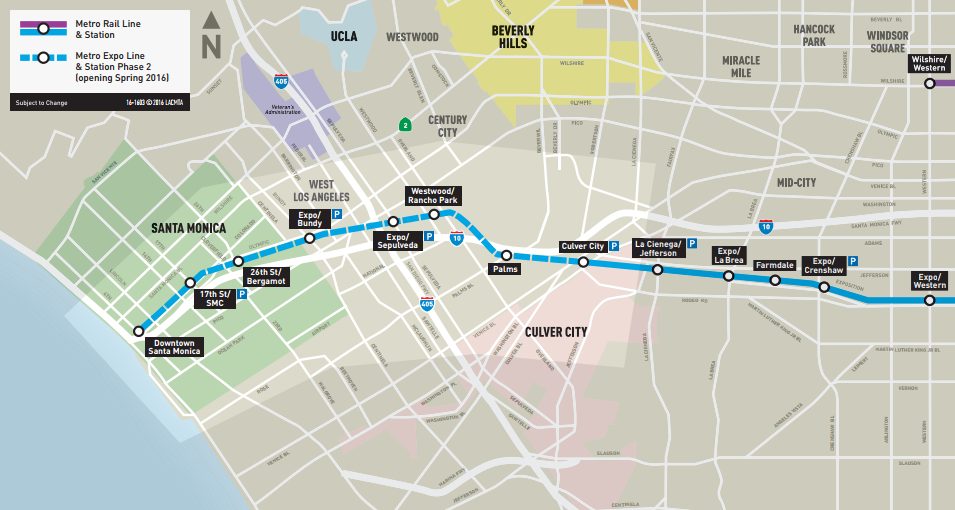 Passengers will be able to ride a train to Santa Monica for the first time in more than half a century starting on May 20, Metro officials announced today.

The announcement comes two days after the Expo Construction Authority, the state-created entity in charge of overseeing construction of the rail line, handed over the Expo maintenance facility in Santa Monica to Metro, marking “substantial completion” of the project. The tracks were turned over to Metro late last month, after which the county transit agency ramped up train testing frequencies.

The $1.6 billion Expo line extension, funded in large part by Measure R, connects the westside to Culver City, USC, and downtown Los Angeles, as well as the Blue, Red, and Purple lines. Once Metro’s Regional Connector subway is complete, likely in 2021, Expo will also connect with the Eastside Gold line, offering passengers a one-seat ride from East Los Angeles to downtown Santa Monica.

During this morning’s Metro board meeting, Washington announced that Little Tokyo Regional Connector construction is on schedule. This construction is currently closing a central segment of the Metro Gold Line between Union Station and Pico Aliso Station. Washington reported that the full Gold Line will re-open on March 21.