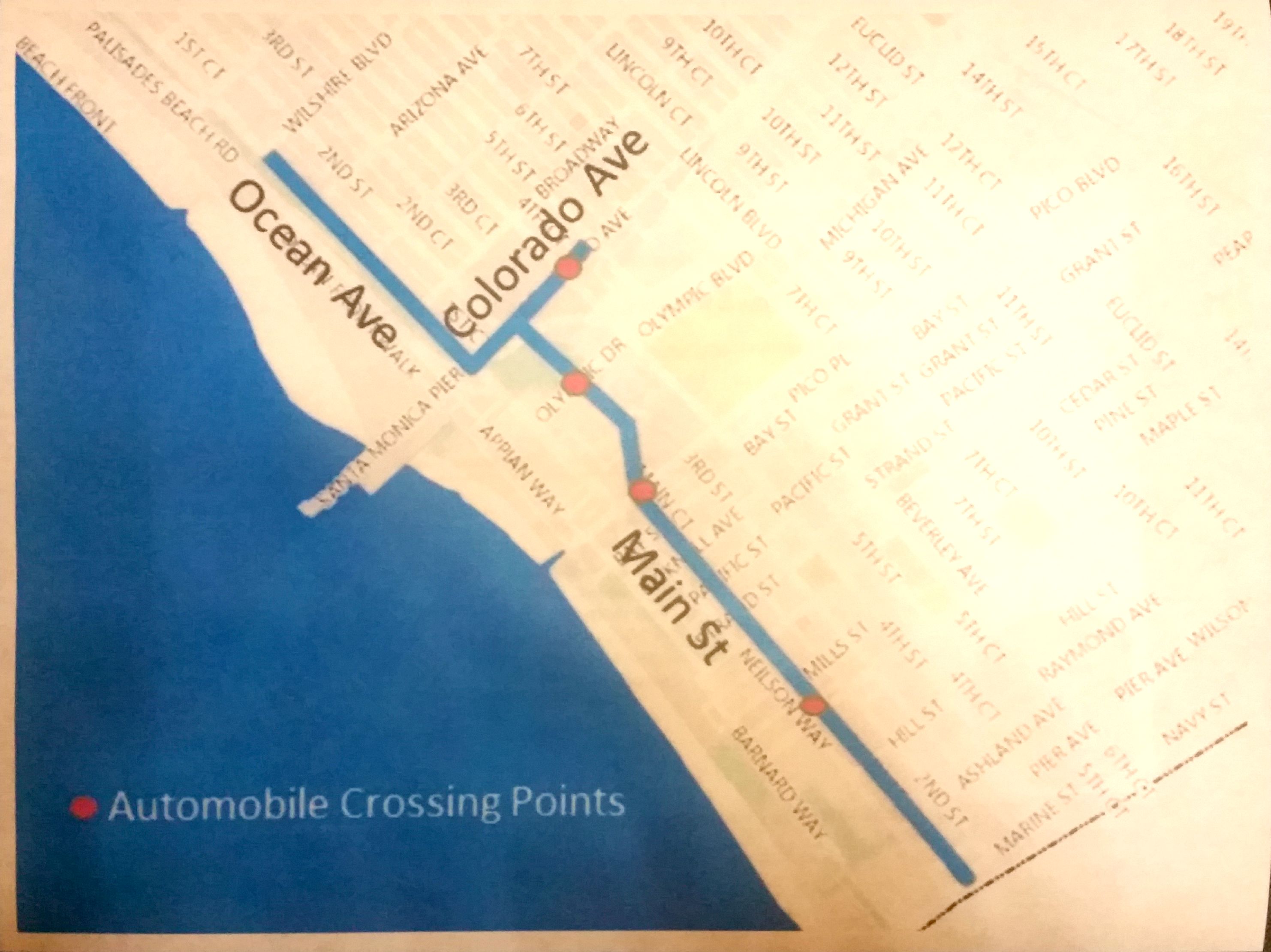 Santa Monica is preparing for its first open streets event, during which a 1.7 mile route along Ocean Avenue, Main Street, and Colorado Avenue will be closed to motorized vehicles, to celebrate the opening of Expo.

The event is scheduled for 9 a.m. to 3 p.m. on Sunday, June 5, about two weeks after Expo phase 2’s May 20 scheduled opening date. The details, including the event’s name, are still being hashed out, according to city staff who spoke to Downtown Santa Monica, Inc.’s access, circulation, and parking committee Tuesday morning. Downtown Santa Monica, Inc. is the nonprofit that works with the city to manage services and operations in Santa Monica’s downtown core. The event will be produced by Community Arts Resources (CARS) after the council voted Tuesday to give the company, which has produced the Santa Monica Festival since 1992, the contract.

City officials said the event is “a celebration of the arrival of Expo and an opportunity to experience the streets in a new and inviting way without autos.”

Officials are also billing the event as “an opportunity to make new connections with neighbors and the businesses along the route and beyond.”

The theme for the event “is mobility, sustainability and culture and attendees will learn how to access the train without a car and will be encouraged to explore all the city has to offer in the downtown area,” officials said.

Above is a picture of the route. It covers the stretch of Main Street from the city’s southern border (Marine Street) to Colorado Avenue, where it will connect with the Expo light rail station and what will then be the newly completed Colorado Esplanade. There, the route zigzags onto Ocean Avenue, where it connects with the Santa Monica Pier– which will also be closed to motorized vehicles as it usually is during summer weekends–and continues north to Wilshire.

It is a much shorter route than is common among other open streets events like CicLAvia. In fact, it is about half the length of Pasadena’s open streets event last June, which currently holds the record as the shortest such event at 3.5 miles.

Still, Santa Monica’s thriving Main Street and downtown core offer a lot of destinations which people will be able to explore at more human paces than they could by driving. Staff said that while none of the details are finalized, there are talks of possibly arranging a “restaurant crawl” along Ocean Avenue, wherein participating restaurants could offer discounted appetizers or other specials. Other ideas mentioned on Tuesday include a possible beer garden, live music, arts and crafts, and other activities to enliven the streets, and a dedicated website for the event to help with wayfinding.

Santa Monica’s open streets event is actually taking the place this year of the Santa Monica Festival, which the city has put on for the last 24 years. Staff said that the resources usually dedicated to the festival will go into this event. An additional $200,000 will come from a Metro grant, which Santa Monica was awarded in May 2014.

The city council will vote tonight on whether to allocate funding toward this event as part of its routine “consent calendar” items.