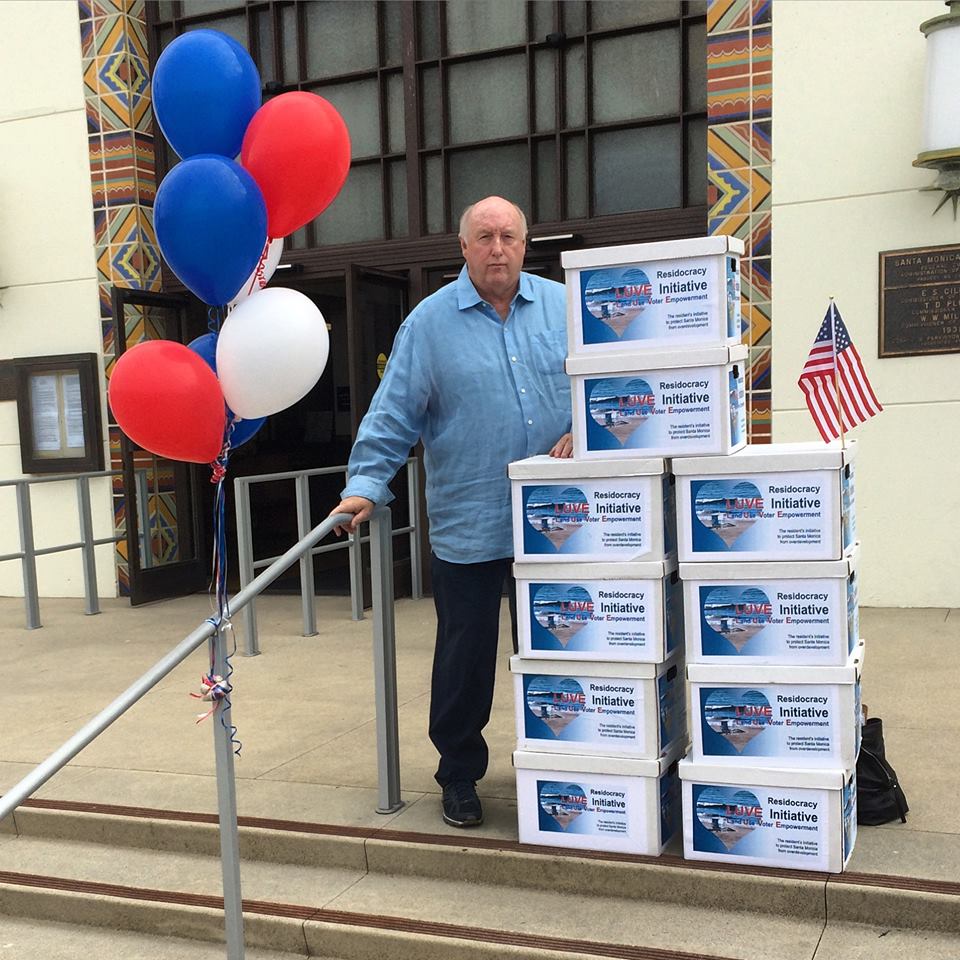 The League of Women Voters of Santa Monica on Saturday announced its opposition to the Residocracy-backed anti-growth ballot measure that will go before voters in November, joining a growing list of opponents to the initiative.

[pullquote align=right]
“The initiative, when taking all of its provisions into account, would not result in an increase in transparency, engagement, voter empowerment, responsiveness, accountability and democratic process in the City of Santa Monica.”
[/pullquote]According to the two-page position statement [PDF] released Saturday after the League’s annual meeting, the board of the League of Women Voters of Santa Monica outlined in nine bullet points a partial list of issues that they had with the so-called Land Use Voter Empowerment (L.U.V.E.) initiative, which would require a popular vote on nearly every new construction project over 32 feet.

In the statement, which was read aloud at Saturday’s annual meeting, the League of Women Voters of Santa Monica board members said that they believe that “the initiative, when taking all of its provisions into account, would not result in an increase in transparency, engagement, voter empowerment, responsiveness, accountability and democratic process in the City of Santa Monica.”

The League board also noted in the statement that the Residocracy-backed initiative would create obstacles that “would interfere with Santa Monica’s ability to engage in thoughtful long-term, integrated land­-use planning.”

Echoing Councilmember Kevin McKeown — a vocal opponent of the initiative — the League also warned that the initiative would have the consequence of inviting significantly more money into local elections.

“[I]n a world of Citizens United, in which both individuals and corporations can spend unlimited amounts of money on issue campaigns, increasing the number of issues that must be placed on the ballot could impact the amount of money on all sides in our local elections dramatically,” the League’s position paper reads.

By way of explaining the decision to oppose the Residocracy-backed initiative, the League of Women Voters of Santa Monica drew upon the organization’s guiding principles:

“The League believes that all people have a right to safe, decent, and adequate housing. LWVSM supports a variety of housing types, which maintain the quality of neighborhoods and which promote economic and social diversity within the community while preserving contiguous open space, environmental resource protection, and efficient use of land,” according to supplementary materials that accompanied the two-page opposition statement.

“Leagues throughout California believe in the removal of barriers that inhibit the construction of low and moderate income housing including eventual elimination from the Constitution of the provisions for voter approval before a low-­rent housing project may be developed, constructed, or acquired by a public body,” the materials stated.

It is clear that the initiative is designed to suppress growth in Santa Monica by forcing nearly all new projects over 32 feet to run costly political campaigns, a reality that the League paper notes may squeeze out all but the most deep-pocketed developers and prevent moderate-scale housing from being built.

Residocracy founder and vocal proponent of the initiative, Armen Melkonians, recently testified at a City Council meeting in opposition to a new housing project that included 64 units of affordable housing.

Yet, with Santa Monica’s vacancy rate for rental well below five percent and rents continuing to rise, anyone who is trying to move to — or within — the city would likely argue otherwise. A recent report by the Legislative Analyst’s Office in Sacramento, a nonpartisan advisory office that provides lawmakers with policy and budget analyses, lays out the problem very clearly: housing in coastal California is expensive because there simply isn’t enough of it.

“We need housing, and we don’t need more developer influence on our politics,” McKeown told Next in an email in March about Council opposition to the initiative.