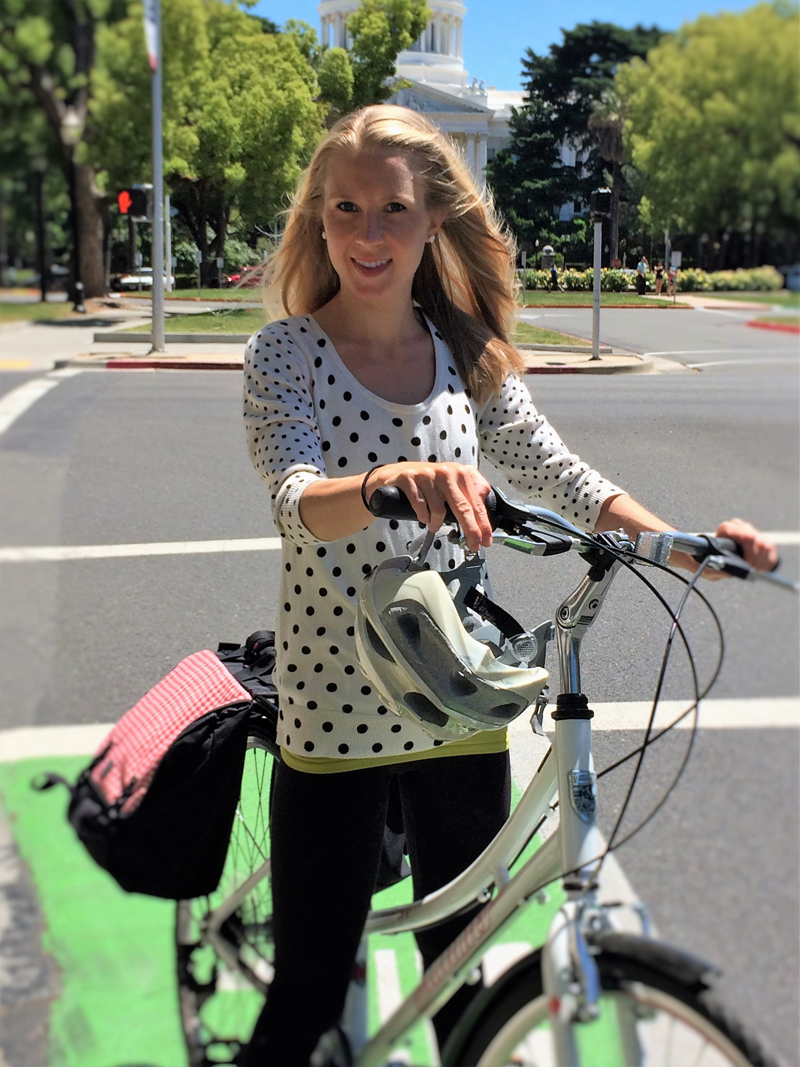 Caltrans has always said that one of its main concerns was the safety of road users, but its focus has been squarely on people in cars, to the detriment of others.

The department developed a notion of safety that led it to encourage straightening and widening roads in response to high speeds and crashes, which makes it hard to navigate streets on foot or on a bicycle. Caltrans engineers have also rejected the concept that slowing cars is not only possible, but a desirable outcome of the way roads are designed.

This is still an unfortunate truth at Caltrans, where outdated engineering standardscontinue to create road conditions that are not safe for bicycle riders and do not encourage drivers to slow down. But in the last few years, legislative pressure has led the department to reset its priorities, and to begin thinking about safety from a broader perspective.

Nevertheless, there is a very long way to go. Starting at the top, Caltrans has created a new mission and spent time working out new priorities with specific goals and ways to meet those goals. Among them are a strategic management goal of reducing bicycle and pedestrian fatalities by ten percent while tripling the number of bike trips and doubling the number of walking and transit trips made in California by 2020.

The department endorsed road design guidelines from NACTO that include new ways of planning and building bike and pedestrian infrastructure—ways that haven’t necessarily been vetted by Caltrans engineers and don’t always jibe with their old ways of doing things. That was revolutionary, for Caltrans, but it remains to be seen whether its engineers will apply the new ideas.

Caltrans also hired an Assistant Director of Sustainability to guide these embryonic projects, but the position has been empty for several months and it’s not clear what plans there are to fill it.

So it’s not really surprising that one of the first tasks completed by the department’s newly hired Chief of Pedestrian and Bicycle Safety was a tiny but symbolic step: changing the name of her section within the Traffic Operations division. Until a month or so ago, it was called “Nonmotorized Safety,” in keeping with that old Caltrans state of mind wherein the car is king and everyone else is at best an afterthought.

A few weeks ago, Streetsblog caught up with Rachel Carpenter, the new chief, to ask about her priorities in her new job and to find out more about how Caltrans is working to reshape how safety is engineered on California’s roads.

Her first priority, she said, is to create “separate bike and pedestrian safety improvement programs for the state highway system.”

So she really is starting at square zero.

The first program she’s focusing on is a pedestrian safety monitoring program that will roll out in July.

“We’re looking at where pedestrians are getting injured and killed on the state highway system,” she said, “and doing crash analysis, looking at both infrastructure and exposure to understand pedestrian safety across the state.”

The focus will be on locations with unusually high collisions, to investigate the underlying causes and suss out what changes Caltrans can make or encourage local jurisdictions to make. To do so, they need three pieces of data: where crashes happen, how many people are there walking, and what the roadway is like in that spot—whether it has sidewalks or bike lanes, for example

You might think that sounds easy enough, but data is hard to come by. Exposure, for example: that’s supposed to be a measure of how much time and distance pedestrians spend walking, or being “exposed” to anything that might make it unsafe to do so. But it’s expensive and time consuming to count pedestrians, and available data is sparse. Caltrans is working with UC Berkeley’s SafeTrec to gather existing information and build models that help predict similar data for similar areas.

Even infrastructure is not so easy: Caltrans still doesn’t have a comprehensive mapped inventory of sidewalks, bike lanes, signal types, and the like. Thus one of Carpenter’s jobs is to bring all the scattered existing data into one place.

“I’m hoping to bring a sense of urgency about pedestrian and bike fatality and injuries,” said Carpenter. “We have a problem with ped and bike injuries and fatalities and we need to start addressing this now,” she said.

With a background in traffic and transportation engineering, and her experience as a former engineer and project manager in the San Francisco MTA Livable Streets division, she should know. She worked on bike safety and mobility projects “right when [San Francisco] was moving full steam ahead with its bike pedestrian projects” after an injunction against bike projects was lifted.

Part of her job is to provide technical advice for specific projects. Carpenter plans to “provide trainings and lectures and information regarding pedestrian and bicycle safety to Caltrans staff throughout the state,” she said.

“Engineers will have to think about including bike and ped safety” in all their projects now. “A paradigm shift needs to occur,” said Carpenter. “That was made clear in the SSTI report” which was an impetus for Caltrans to begin its current transformation.

“We’re going to have to make sure engineers get a lot of training so we make successful projects,” she said.

To do so, she’s developing a training session for district staff, and has brought in other sources such as the webinars developed by the Association of Pedestrian and Bicycle Professionals.

Another of her top priorities is to improve coordination with Caltrans staff and its outside partners.

“There needs to be a lot of involvement of local jurisdictions to ensure implementation of bike and pedestrian safety,” she said.

She mentioned a project in Napa where the city and Caltrans were working together on several roundabouts to slow and smooth traffic. Local bike advocates had concerns about bike safety in the roundabouts, and she was able to make some recommendations about better striping and highlighting “conflict zones” with green to help drivers and riders better understand how to navigate the new traffic lanes.

“That really highlighted how important it is that we have all four ‘E’s: education, enforcement, engineering, and evaluation,” she said. “It’s crucial that we have our education partners make sure the public understands what [a new traffic device] is and how to use it. And we have to evaluate it to make sure it was effective and did what we wanted it to do.”

This is also a key part of the pedestrian safety program that will be rolling out soon, she said.

“It will be implemented as a pilot,” she said, “so we can change it as necessary. We’ll be working with districts to see what works and what doesn’t work.”

This is the kind of nimbleness that Caltrans has been famous for not having.

Carpenter is also the lead for the state’s Strategic Highway Safety Plan‘s bike and pedestrian safety challenge area, which includes strategies like improving “roadway and bikeway planning, design, operations, and connectivity to enhance bicycling safety and mobility to all destinations.”

“It’s good that we’re addressing traffic safety at the state level and across agencies,” she said. Caltrans partners with other agencies including the California Highway Patrol and the California Public Health Department in that effort, bringing “enforcement and education and engineering together” to meet its goals.

For now, her focus is on gathering data and assessing risk for pedestrians and bikes on state highway facilities, finding out where high collision risk areas are, and ferreting out the factors contributing to the risk.

It’s a challenge to work on a statewide level, where things can seem distantly connected to what’s happening on the ground. But the work that Carpenter is doing now will lay the groundwork for future, hopefully much better, work by the state transportation department.

“We’re not going to be able to fix the problem by fixing one particular intersection or a block of bike lane,” she said. First she has to help Caltrans employees change their thinking habits.

Carpenter says that safety is still Caltrans’ “number one goal” and that it is now “obvious that we need to provide a safe transportation system for all users. We can’t afford to wait any longer. We need to deliver projects in short order, and we need to create a system that understand that road users make mistakes, so we can keep mistakes from turning into severe injuries and fatalities.”