Home Arts & Culture Coming Up: Kidical Mass Returns, Main Street Has a Parade, and the... 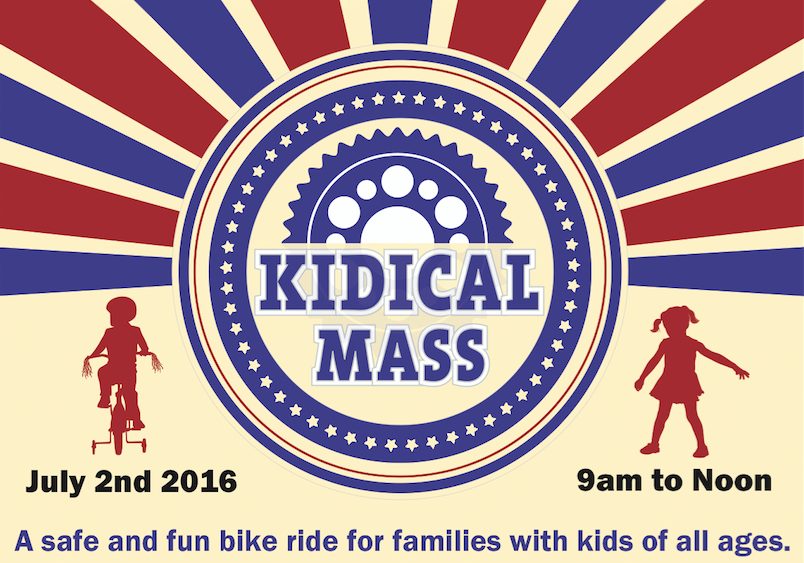 Santa Monica Next will be enjoying a three-day weekend this weekend, but there are some fun events with which you can tide you over until we return on Tuesday.

Also, starting today, July 1. Santa Monica’s new minimum wage goes into effect, bringing minimum pay up to $10.25 an hour for most people working at a business with more than 26 employees.

“We will take a family friendly ride in Santa Monica to visit Park Drive Community Garden for a special kid friendly event. Prizes and giveaways at Memorial Park when we return!” the site says.

The day will include a morning check-in, snacks, bike safety checks, and helmet decorating, followed by a family ride and a post-ride lawn bowling demonstration as well as post-ride snacks and prizes.

City officials ask that if you intend on participating to RSVP cory.keen@smgov.net.

Starting at 9:30 a.m. on Monday, July 4, the Ocean Park Association will kick off its 10th annual 4th of July Parade down Main Street in Santa Monica.

The parade starts around the Civic Center (Pico and Main Street) and continues along Main Street almost to the Venice border.

There will be music, floats, and fun for the whole family. And, it’s free. To find out more, visit santamonicaparade.com

Santa Monica recently adopted a new minimum wage law that will see the wages for most of the lowest paid workers in the city rise to $15 an hour by 2020.

The first of a series of incremental increases takes place on Friday, July 1. Starting on that day, most employers with 26 or more workers will have to start paying at least $10.50 an hour. Hotel workers will see their minimum wage go to $13.25 an hour.

For more information about the new minimum wage and the increase schedule for the next several years as well as information on sick leave and other details, visit smgov.net/minimumwage.