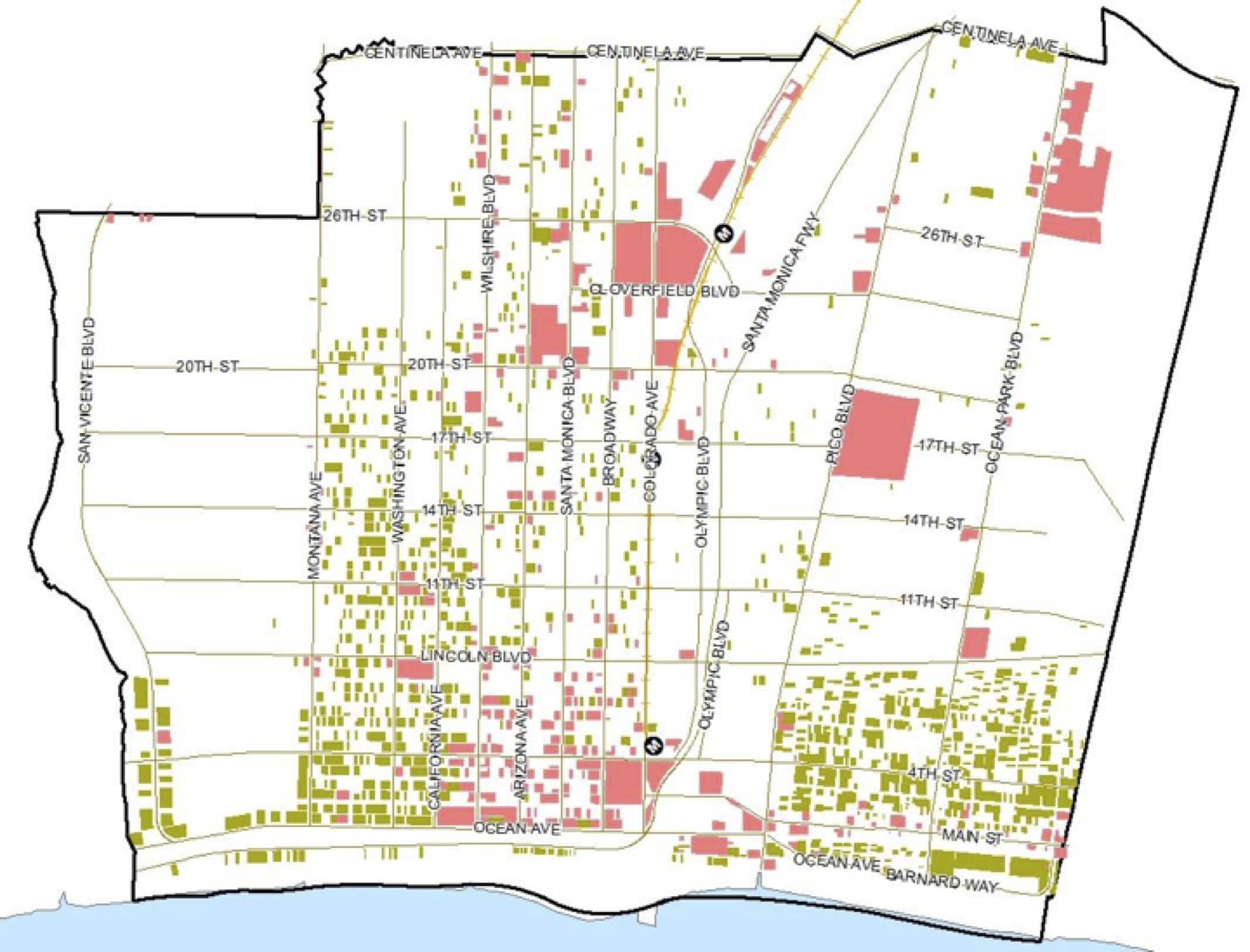 This article first appeared on The Healthy City Local.

When voters submit an initiative to enact a law, Section 9212 of the California Elections Code authorizes the relevant legislative body to commission a report analyzing the impacts the initiative would have, including, specifically, its impact “on the use of land, the impact on the availability and location of housing, and the ability of the city to meet its regional housing needs.”

[pullquote align=left]
The report finds not only that LUVE would have many negative unintended consequences, such as making post-earthquake reconstruction problematic, but also that LUVE would have a negative impact on its ostensible intended consequences, such as preventing worsening traffic congestion and gentrification.
[/pullquote]The State of California considers those issues to be important, and so does the Santa Monica City Council. When presented last month with Residocracy’s “Land Use Voter Empowerment” initiative (LUVE), the council requested a Section 9212 report, which it received from city staff last week. The council will consider the report at its meeting tomorrow night.

The 65-page report is negative about LUVE, which would, in general but with some exceptions, require voter approval of new construction taller than 32 feet. The report finds not only that LUVE would have many negative unintended consequences, such as making post-earthquake reconstruction problematic, but also that LUVE would have a negative impact on its ostensible intended consequences, such as preventing worsening traffic congestion and gentrification.

The report also explains why LUVE, or most of it, would be unenforceable under state law, because state law does not allow voter approval of administrative decisions, and how legislation Gov. Jerry Brown is about to get passed streamlining approvals of certain urban residential developments will likely override much of LUVE. [You can read the entire report here]

For all that, the scope of the Section 9212 report does not extend to the two most damning arguments against LUVE: one, that there is no overdevelopment crisis in Santa Monica that requires the drastic solution of voter approval over development, and two, that it would be a nightmare to have to vote on development decisions.

As for point one, for more than 40 years, with little resort to ballot box government, Santa Monica has closely regulated development. Ever since the public rose up in the ’70s and elected new city councilmembers to stop the destruction of the Pier and the building of an island in Santa Monica Bay, there has been a consensus that the City needs to control development. While land use politics in Santa Monica can be remarkably bitter, the differences Santa Monicans argue over are small when looked at objectively, or regionally, i.e.,compared to growth in the surrounding City of L.A., L.A. County or southern California as a whole.

Contrary to Residocracy’s rhetoric, Santa Monica has intensified its regulation of growth over the past 20 years. A recent analysis showed that since 2003 only about an average of 48,000 square feet of net new commercial space has been built in Santa Monica annually; compare this to the 9,000,000 square feet of office development that was approved in the ’80s and built by the mid-’90s.

This doesn’t mean that there won’t be controversies about development in the future. The City is in the process of making decisions for the next 20 or 30 years of development in downtown. Vigorous debate is healthy and to be expected. But based on the history, there’s no reason to suspect that planning staff and our Planning Commission and City Council can’t make intelligent decisions that balance the pros and cons of new plans and proposals.

As for the second crucial argument against LUVE, do we really want to vote on development proposals and planning documents? Is ballot box government a good idea?

Before you answer that question, consider that in November there will be 17 statewide measures on the ballot. Things aren’t yet settled, but it looks like there will be at least a dozen county, city, or school measures also on the ballot, including several crucial tax measures. It’s been a century since the “Progressive Era” reforms brought the initiative and referendum to California. Was it ever intended that voters would have a ballot with 30 measures to vote on?

For every great initiative like the Coastal Act, there are dozens of nightmares. It’s not that initiatives don’t sometimes respond to real problems, but the nature of an initiative is to remove the flexibility to respond to change that is one of the virtues of representative democracy. Initiatives also have a multiplier effect, since they typically require more and more votes on matters that used to be routinely left to elected representatives. California government, for instance, at all levels has been hobbled by the restrictions of Prop. 13 and 218 on the power to tax. Weakening government has not made government better or improved the lives of Californians.

LUVE wants to do the same thing with the power to plan. According the City’s Section 9212 report, currently there are 12 proposals to build apartments in Santa Monica and 10 of them would require voter approval under LUVE. Assume that even half the developers decided to brave the process instead of taking the easy way out and building low-slung retail or offices, which are quite profitable (but which, by the way, generate more traffic than housing). Would you want to vote on five apartment buildings in 2018? How many campaign mailers can your mailbox hold?

Let’s say you do want to vote on them all—are you ready, willing and able to review the hundreds of pages of documentation and plans necessary to conscientiously evaluate each project?