Home Healthy City For a Great Workout, Without a Gym Membership, There’s the Memorial Park... 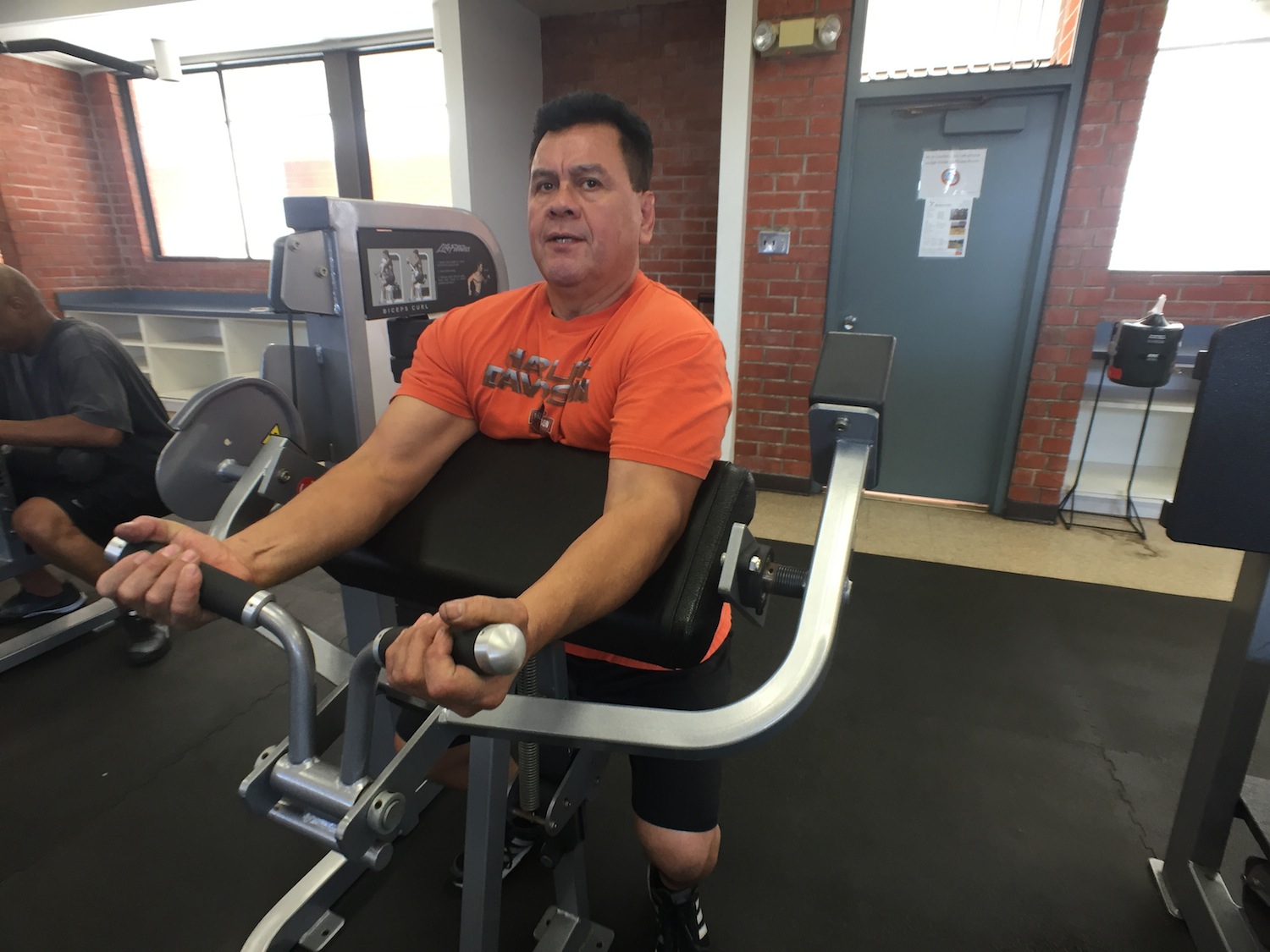 When Santa Monica’s Annenberg Community Beach House opened in 2009, among the many amenities offered to the public was a fitness center with a variety of exercise equipment.

The thinking was that Annenberg visitors would engage in strenuous bench presses and abdominal crunches while taking in the stunning ocean views.

Well, that wasn’t the case. The public certainly savored Annenberg’s ocean setting, but they didn’t care for pumping any iron while doing it.

Annenberg’s loss turned out to be Memorial Park’s gain.

About five years ago all of Annenberg’s premium gym equipment was moved inland to a side room at Memorial Park to create Santa Monica’s only public fitness center, with much more positive results.

Memorial Park’s Fitness Room, while not overrun by gym rats, is certainly getting much more of a workout in its current location than it ever did by the beach.

The low-key exercise room offers everything you might find at a commercial gym, including treadmills, weight machines, elliptical trainers, stationary bikes, free weights, and a small stretching area toward the back.

And no membership is required.

“We don’t have any of that. You can just pay as you go,” says Danny Price, Memorial Park’s supervisor. “If you don’t come for three months, you don’t feel bad about it, because you don’t have a contract.”

Price says this is the only public fitness center he knows of in the Los Angeles region.

There’s no blaring workout music. No tank-top posers flashing their biceps. In fact, on a recent weekday afternoon, the room is pretty much empty, except for a handful of users quietly going about their exercise routines.

Among them is Robert Diaz, a car mechanic who works a block away and often comes here on his lunch break. It’s what he does instead of eating lunch.

“The rates are great. There’s not a lot of people. They don’t have a lot of equipment but you don’t need much if you know what you’re doing,” he says.

And if you don’t know what you’re doing, that’s not a problem either, Price says. That’s because the city offers group fitness classes at the center that introduce people to using the equipment and developing their own workout regimens. Then they can return on their own. Or not.

On the city’s Community and Cultural Services’ website, the fitness room is promoted as an “easy-going gym experience with top notch equipment.”

That’s certainly the appeal for regular users such as Michael Moore, who comes here about three times a week. He’s a former member of a commercial gym where it was “always very crowded,” he says. “Here I can get in a good workout without having to wait a long time.”

Price says that the fitness center draws people from the surrounding neighborhood, including workers at local businesses. The busiest times are around lunch and early in the evening after work hours.

“We would love to see more people using it,” he said.