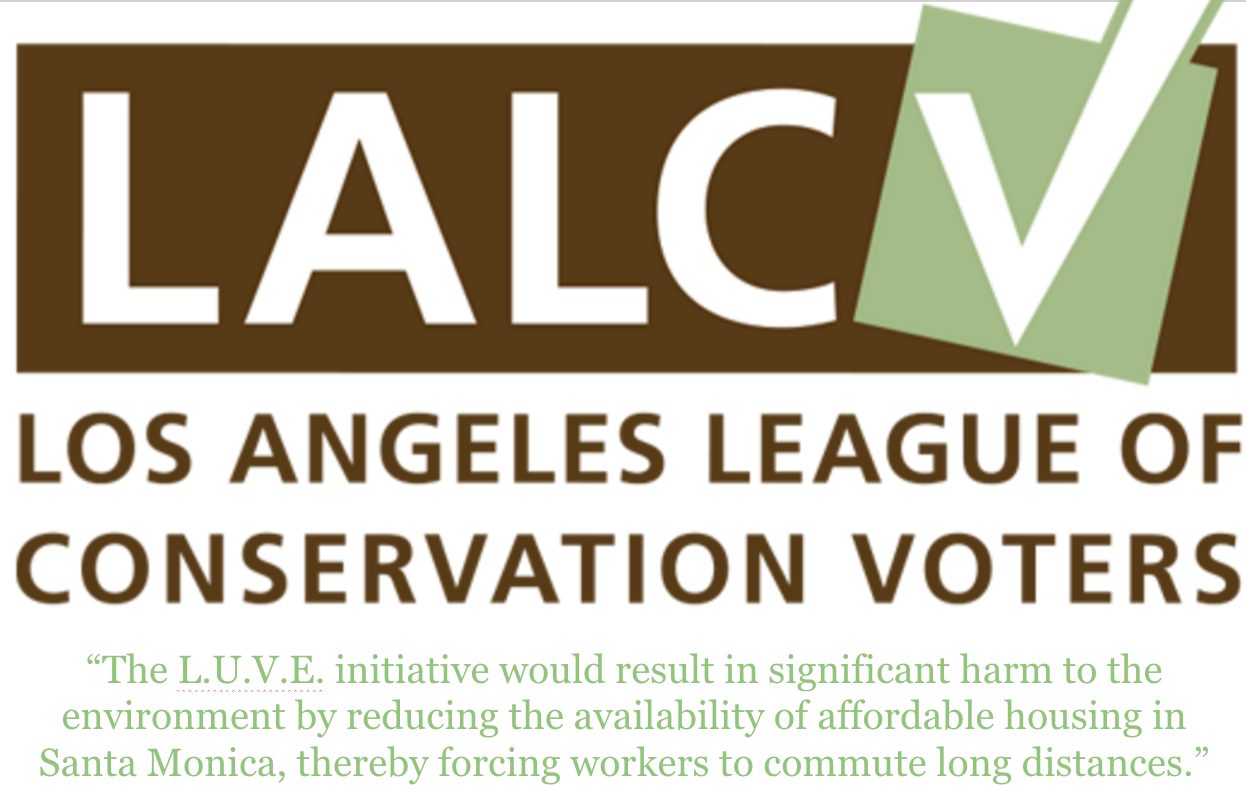 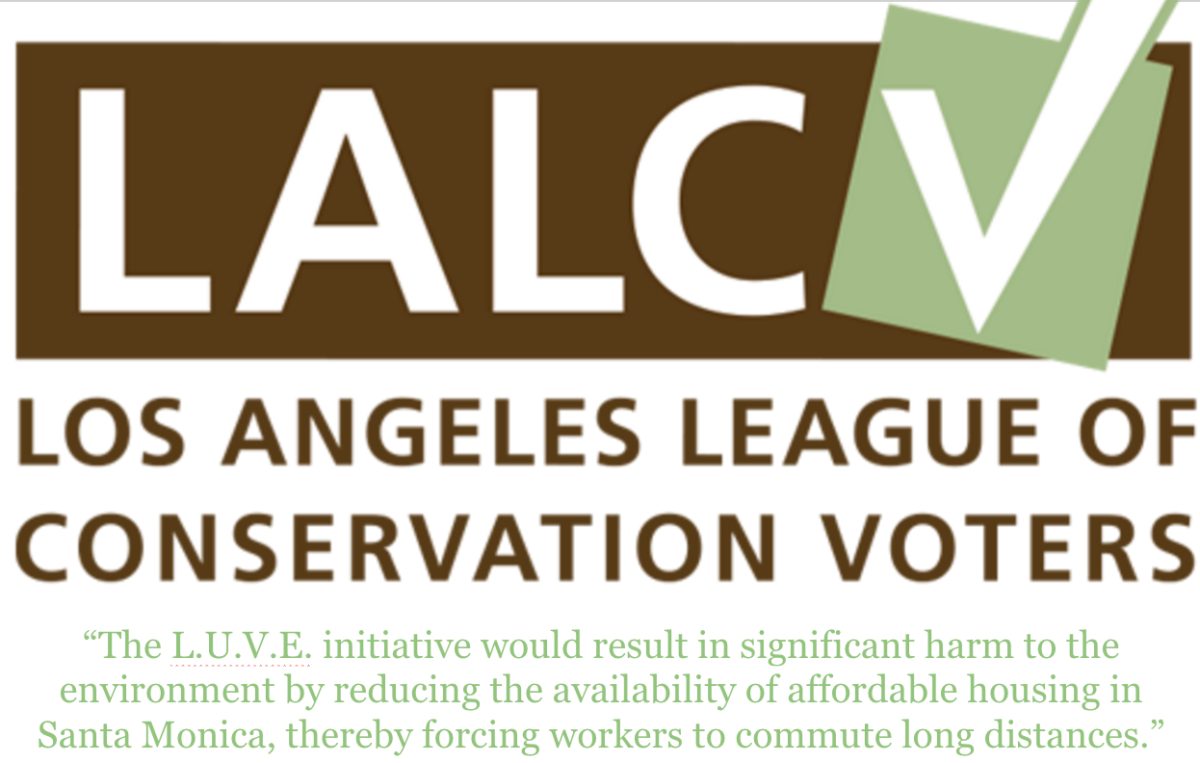 The Los Angeles League of Conservation (LALCV) voters released a statement earlier this week urging Santa Monica voters to reject the Land Use Voter Empowerment (L.U.V.E.) initiative. LALCV argues the anti-growth initiative will both hinder the city’s ability to provide affordable housing for current and future residents, and overburden the local infrastructure by exacerbating the jobs/housing imbalance responsible for much of the car traffic on the Westside in general and Santa Monica in particular.

“LALCV is concerned that the L.U.V.E. initiative would turn back Santa Monica’s progressive sustainability efforts and result in less affordable housing and more regional sprawl,” said Tom Eisenhauer, President of the LALCV in a statement to the press. A full copy of the statement can be found at the bottom of this article.

The L.U.V.E. initiative requires a public vote on any development project that is over 32 feet tall. Notably, it exempts housing projects that are 100 percent subsidized affordable, so long as the project has 50 units or fewer, but makes no stipulation about how those projects would be financed.

Supporters of the initiative include the anti-growth organizations Residocracy and the Santa Monica Coalition for a Livable City.

Other opponents of the measure include the Santa Monica League of Women Voters, non-profit affordable housing developers, and social justice organizations. Santa Monica Next has also editorialized against the initiative.

Full Statement of the LALCV on L.U.V.E.

The Los Angeles League of Conservation Voters (LALCV) – which has supported pro-environment local candidates and issues throughout Los Angeles County for more than three decades – today announced its opposition to the so-called “Land Use Voter Empowerment (L.U.V.E.)” initiative that will appear on the November ballot in Santa Monica.

“LALCV is concerned that the L.U.V.E. initiative would turn back Santa Monica’s progressive sustainability efforts and result in less affordable housing and more regional sprawl,” said Tom Eisenhauer, President of the LALCV.

More information on the No on L.U.V.E. campaign is available at http://www.opposeluve.org/.